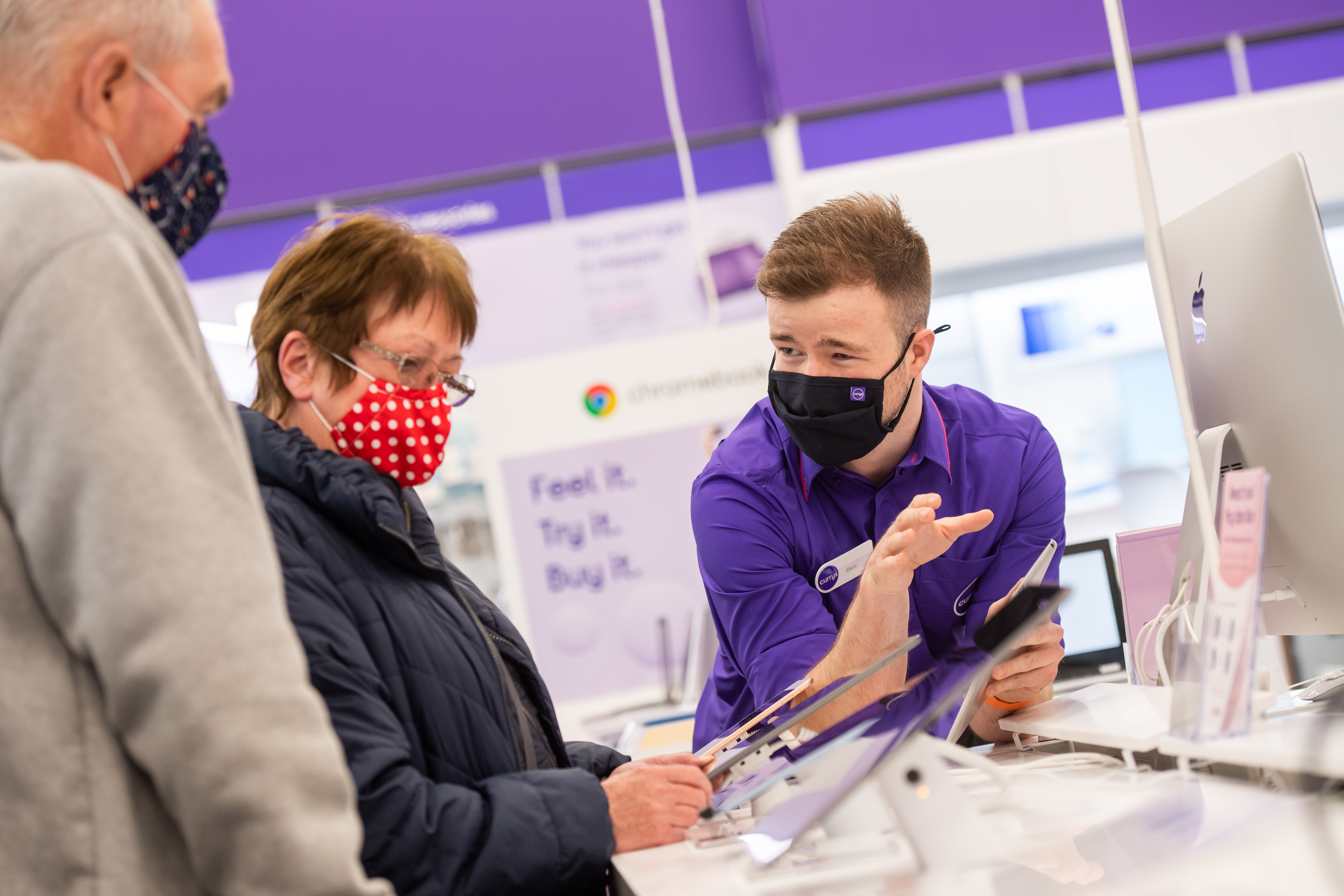 There are still a few weeks to go before the Black Friday bonanza really hits, but some retailers are getting in early.

Currys has announced a slew of deals, cutting the prices on several high-end TV sets and a few other gadgets too.

Black Friday itself isn’t happening until Friday, November 26, as it always occurs the Friday following Thanksgiving in the United States.

This will be followed by Cyber Monday on Monday, November 29.

But if you want to get a head start on the Christmas shopping, many retailers are starting the price cuts earlier.

Here are the offers from Currys that caught our eye.

LG is known to make some of the best TV displays and this model comes with a few techy tricks.

You can utilise the Google Assistant or Amazon’s Alexa to control it with your voice and because it’s got Dolby Vision IQ built in, the sharpness and detail is as good as you’ll find.

If you’re after a more affordable option, this telly from JVC could be the one to go for.

This TV has an LED screen rather than an OLED, so the picture quality won’t be as good – but at 55-inches it’s still a good size and has all the usual smarts built in.

It used Amazon’s Fire TV operating system so if you’re a subscriber to the company’s Prime service, you’ll find this extremely useful.

Samsung has a well-deserved reputation for screen quality when it comes to TVs (and smart phones) but they don’t always come cheap.

Currys has culled £300 from this 55-inch QLED model, bringing the price down to £1,299. That’s still a lot – but this is one of the better TVs out there so it’s good to see it getting a price cut.

It’s got HDR10+, which is fancy TV trickery for keeping brightness and detail in check to give the best version of the content you’re watching at any given time. It means better gradiants and detail for film buffs to pore over.

For the rest of us, it just means the picture will look great from any angle and there’s no annoying glare off the screen.

When it comes to smartwatches, the Apple Watch and Fitbits get a lot of the limelight but for serious fitness fanatics, there’s always Garmin.

This excellent piece of gadgetry has been reduced by £200 down to £399 for Black Friday.

It’s got up to 9 days of battery life and will work whether you’re on iOS or Android.

A heart rate monitor and GPS tracking will give you accurate feedback on your health when you head out for a run or cycle.

It comes in a choice of black or white, but the white only has a £150 reduction so we’d stick with the black.

Charging your gadgets with wires is so 2017.

Nowawadays, most smartphones (and even some other gadgets, like headphones) can be charged wirelessly. No fumbling – just put your device down and let it juice up by itself.

This charging stand from Belkin also includes a Bluetooth speaker, so it doubles up as a little music or podcast station for your phone while you’re working.

Nothing says sophistication like a coffee machine on the worktop.

What? You’re still boiling a kettle and sipping instant like some sort of peasant?

Well thankfully this striking red coffee machine is on the receiving end of a £50.99 Black Friday price cut.

You can get it into your kitchen for £29 and be sipping from over 80 different types of coffee (and other hot drink) pods by the weekend.

Seen any other great tech deals at Currys? Let us know at webnews@metro.co.uk and we’ll make sure to include them.