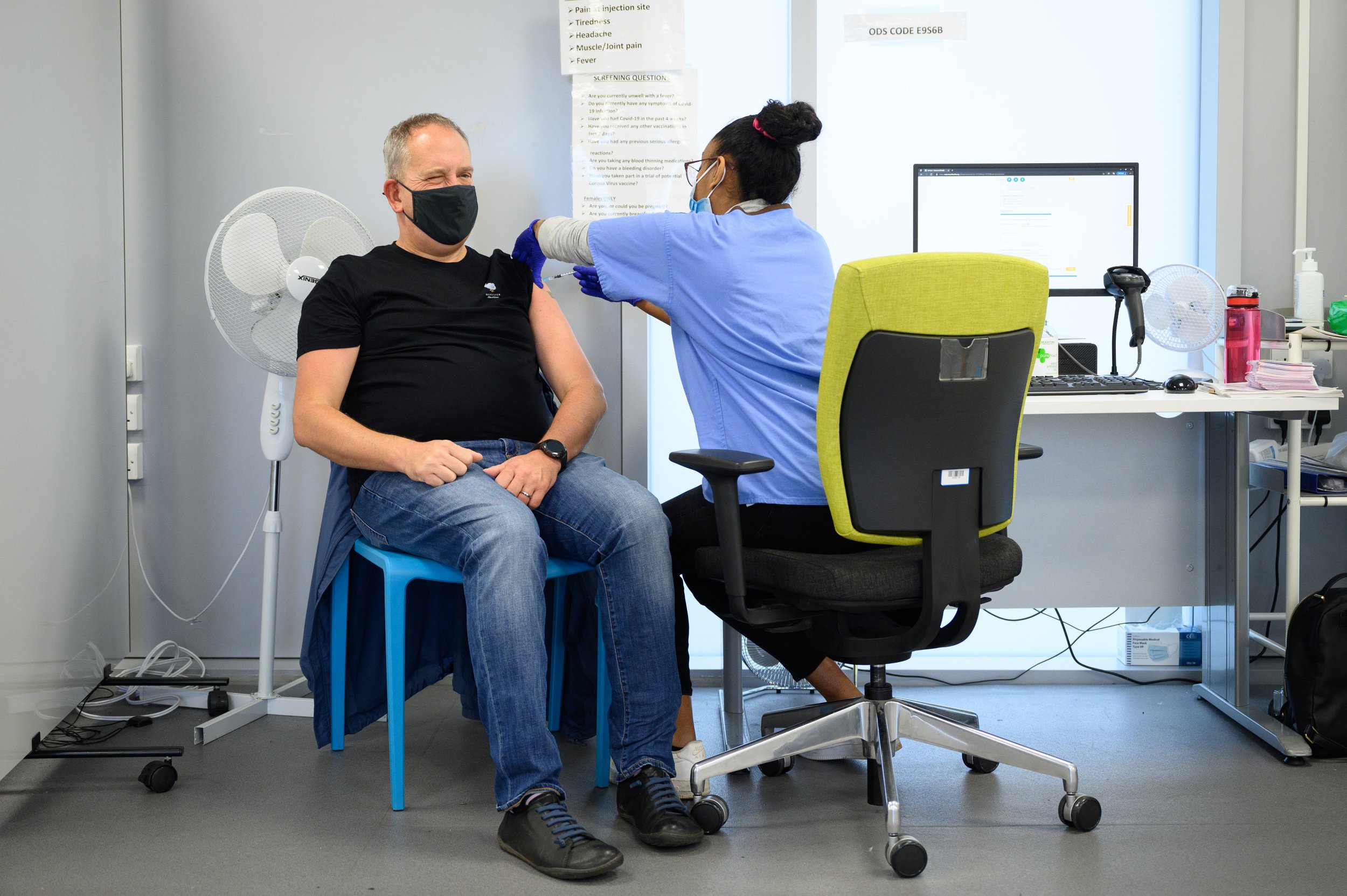 Vaccines alone are not enough to control coronavirus and current measures are ‘insufficient’, an expert has said.

Tim Spector, professor of genetic epidemiology at King’s College London, warned that this coming Christmas is not the only one to be worried about, and that Covid could be a concern for the next five years.

Speaking online at the Royal Society of Medicine’s Covid-19 series, the lead scientist on the Zoe Covid Study app said experts now have a better picture than they did last year, when they thought they just had to get through the year.

Prof Spector said: ‘And that’s clearly turning out not to be the case, as we realise that just vaccines alone, even in countries that have got higher vaccination rates than ours, are not the final solution to this. But we need a combination of measures.

‘We need to extend the vaccination programme to include three shots.

‘We also need to realise there will be breakthrough infections that are real, we now know that vaccinated people can still transmit the virus, and that is going to be running through our populations to some degree.

‘How high we want those rates to be is highly determined by our complacency and our relaxation of some of the rules that we had in place, that last year I thought we’re actually over the top, and now this year, I think insufficient.’

He added that bringing restrictions to an end in July, when the UK was doing well with vaccinating people, gave the impression there was a ‘black and white’ answer to the pandemic.

Prof Spector said: ‘We have to realise we just have to in some way control (it) into something that doesn’t cause as much loss of life, doesn’t cause morbidities, and reduce that.

‘And to do that is a combination of the vaccines, the medicines, etc. But also we have to keep some public health measures in place to keep those numbers down – we’re not doing that.’

‘And that’s why for the last three months, we’ve had the highest rates not only of cases but also hospitalisations in western Europe.

‘And I think it’s pretty unwise for a country that has such a perilous health system – even at this stage about 7% of hospital beds full of Covid – at a time when we’ve got massive other health needs.

Prof Spector said the country’s testing system needed to move towards a combination of lateral flow testing and antibody testing to identify who is at risk of having breakthrough infections.

His comments come as a new study reports the number of children and young people – those under 18 – in England who died from Covid between March 2020 and February 2021.

The research published in Nature Medicine found that of 12,023,568 children and young people living in England, 3,105 died, including 61 who were positive for Covid-19.

Of these deaths, 25 were due to coronavirus infection, including 22 due to Covid, and three due to paediatric inflammatory multisystem syndrome temporally associated with the virus.

In total, 99.99% of those under 18 who tested positive for coronavirus survived, while those older than 10, those of Asian and Black ethnic backgrounds and co-morbidities were over-represented in the virus-related deaths compared with other deaths in children and young people.

The researchers say the results are important for guiding decisions on shielding and vaccinating children.

And while the main variant in their study was Alpha, new variants might have different mortality risks and should be evaluated in a similar way.

Russell Viner, professor of adolescent health at UCL, an author of the paper, said: ‘In terms of what this means for us now, we don’t have updated data in this form for the last six months, although we will in the future.

‘Paediatricians across the country believe that these findings still broadly hold – that children are at extremely low risk of death from this virus, most deaths of children with a positive test are not related to Covid but reflect the commonality of infection in the population, and that the children at most risk are those who have always been at higher risk – those with serious other medical conditions.’


MORE : Oceans polluted with 26,000 tonnes of plastic during the pandemic

Dungeons & Dragons Has Burned Up All the Goodwill

As fans of tabletop roleplaying games debate over what to do about Wizards of the Coast’s new draft of the Open Gaming License for...
Read more