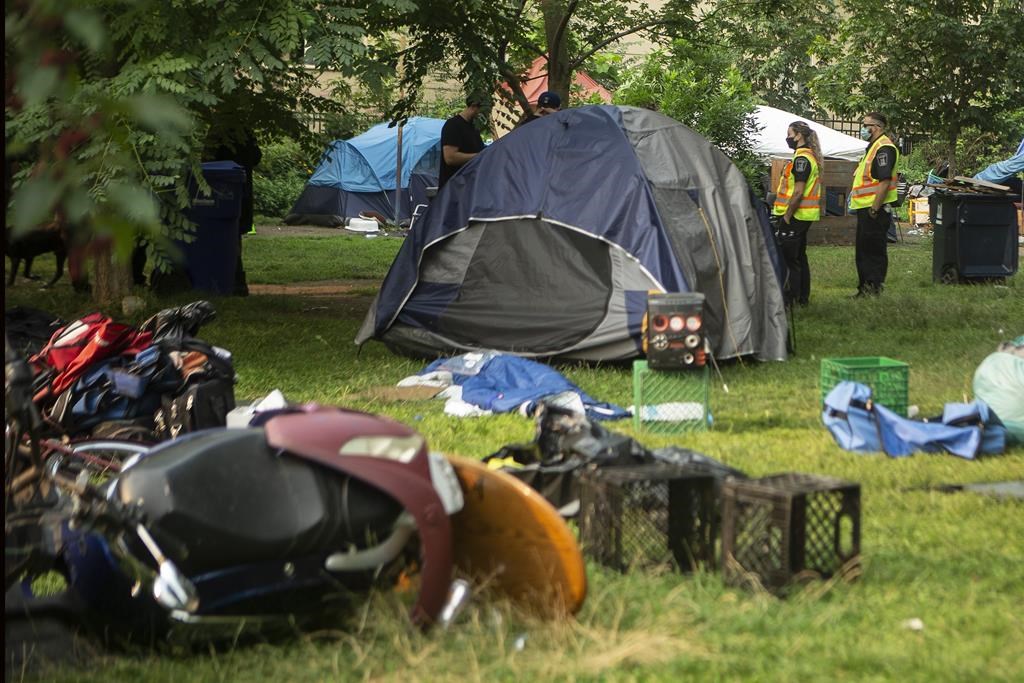 Canada is facing a housing crisis — the number of homes needed in the country keeps growing but not the number of people needed to build those homes. As homebuilders and policymakers grapple with this problem, some may find answers in “prefabricated” houses, according to experts.

“Prefabricated (or prefab) housing is a form of housing where the building blocks are built in a factory rather than on site,” Matti Siemiatycki, director of the infrastructure institute at the University of Toronto, told Global News.

Homeless encampments in Canada are on the rise. Experts urge ‘Housing First’ approach

“By manufacturing in a factory, it means the construction can be done more precisely and it saves on energy costs,” he said.

What exactly is a prefab home?

Prefab homes have been quite the rage of late, from tiny homes being flaunted on Instagram to being the popular choice for an Airbnb stay, to Elon Musk living in one himself.

As of last year, the billionaire was known to be residing in Boca Chica, Texas, in a 375-square-foot, energy-efficient prefab home from the company Boxabl.

The model of home, known as the Casita, starts around US$45,500 and is delivered to the customer on the back of a semi-truck.

2:14
Toronto couple secures affordable housing after years of being homeless


Some companies, like Roombus, are even integrating software into their design to make smart prefab homes. Roombus’ Nest homes are equipped with the company’s own RoomOS software that can be used to unlock your house, adjust the lights and control the climate — all with a phone.

Prefab homes have been popular in waves throughout history, like in the U.K. after the Second World War following a housing shortage, according to Siemiatycki.

“There’s a long history of prefabricated homes. You used to be able to buy them from a Sears catalog,” said Siemiatycki, who is also a professor of geography and planning at the University of Toronto.

Between 1919 and 1928, Sears, Roebuck & Company sold home kits from its “modern home program,” according to the James A. Garfield National Historic Site. One home was even named “The Garfield” after the 20th president of the United States.

In Canada, many houses are typically built using the “stick construction” method — in contrast to prefab homes, where the home is delivered after it’s constructed, according to Siemiatycki. Stick construction means the materials are assembled on site.

“It’s interesting that we’re returning to (prefab) now because we’re in a housing crisis,” he said. “You’re hearing a lot of emphasis on prefab housing, and it’s become more popular.”

With increased demand, there has been a rise in companies creating prefabricated homes, though one hasn’t exactly dominated the market as of yet, said Siemiatycki.

“These companies have struggled to find a foothold. There’s a lot of talk about this but if this is really going to catch on, who’s going to become the dominant player is still really up for grabs,” he said.

Prehab homes are ‘quite common’ in Canada

For 28-year-old Sasha Weekes and her boyfriend, moving into a 608-square-foot prefab home in central Prince Edward Island helped to “cut our expenses back by a lot.”

“On the East Coast, they’re quite common, especially now with the housing crisis,” she told Global News.

Weekes’ home qualified for a mortgage through the Canada Mortgage and Housing Corporation.

The biggest hiccup, however, was the delay Weekes faced in actually getting her prefab home delivered amid construction setbacks.


When her home finally did arrive, two months were spent getting the septic dug and electrical installations done, before they could actually move in.

“I think a lot of people around our age on the East Coast that have been priced out, have had to use this option,” she said.

“They’re built really well, and they are a better option (price wise),” she said, but one must be prepared for the wait.

A part of the solution to Canada’s housing crisis could be increase in supply and according to Siemiatycki, “this is where prefab housing can have a big opportunity.”

Prefab homes can be constructed faster than regular houses, according to Adam Dumond, designer at Royal Homes in Ontario.

“It’s like an orchestra,” he told Global News. “The home is built pretty much all at the same time. Framing, windows and roofing — all of that can be done simultaneously in a manufactured prefab home.”

“It’s a really, really cool alternative to stick framing. The crews are happy your home is indoors being built while the weather’s doing whatever it’s doing,” Dumond added.


After the house is constructed, it is delivered in modules to the customers’ property to be assembled.

“A crane comes in and then we pick the home up and put it on the foundation one module at a time,” Dumond said.

On average, Royal Homes sees about two and a half modules per house for something in the 1600-to 1800-square-foot range. Each square foot ranges roughly between $350 to $450, depending on where you live, said Drumond.

Though a prefab home may be cheaper than the average price of a home in the province, purchasing land for it to perch on is also a factor that needs to be considered.

“Every site is a little bit different,” said Dumond. It is necessary to be mindful of properties near water-shedding areas or rock formations, he cautioned.

In Ontario, nearly two-thirds of residents are spending over 30 per cent on their household budget on housing, according to a recent poll from the Ontario Real Estate Association (OREA).

Despite the rising cost of living putting pressure on Canadians, seven in 10 non-homeowners in Ontario identify as someone who “really wants to own a home,” the poll found.

And in Ontario, as well as B.C., high interest rates are expected to continue to hold back homebuyers into the new year, according to a recent report from RBC.

When it comes to architecture and design, prefab homes tend to be “repetitive,” according to Siemiatycki.

Putting personal touches on the home can also get tricky.

“There’s always a trade off with prefabrication about how much customization you want to do before you lose the benefits — the economies of scale of building it in a factory,” said Siemiatycki.


For prefab homes to really make their mark in Canada’s housing market, it is necessary to ramp up production, Siemiatycki said.

“If a part of supply is going to be provided by modular, either for single family homes or multi-units, there’s going to be a need for huge amount of capacity in the market that isn’t even available right now,” he added.

Durability can also differ when it comes to prefab homes, according to Siemiatycki.

“It does vary depending on how it’s built and what its lifespan is going to be,” he said. They need to come with a history of being sustainable in places “vulnerable to environmental conditions.”

“We continue to need good planning and making sure that where we’re building is safe to build and it’s not vulnerable because otherwise, you’ll just be creating real further challenges down the road for everyone involved — the municipalities, the first responders, and for the people that are ultimately living in these homes,” he said.

What to consider when on the market for a prefab home

It’s important to search for a company that’s “reputable,” according to Siemiatycki.

“This is thinking through (not just) who’s actually manufacturing, but also who’s assembling it,” he said.

Also thinking about whether the property can be rented out or resold down the road is something to be mindful of, Siemiatycki added.

“There’s a lot of research that goes into purchasing a home. For many Canadians, this will be the largest purchase they make in their life,” he said.