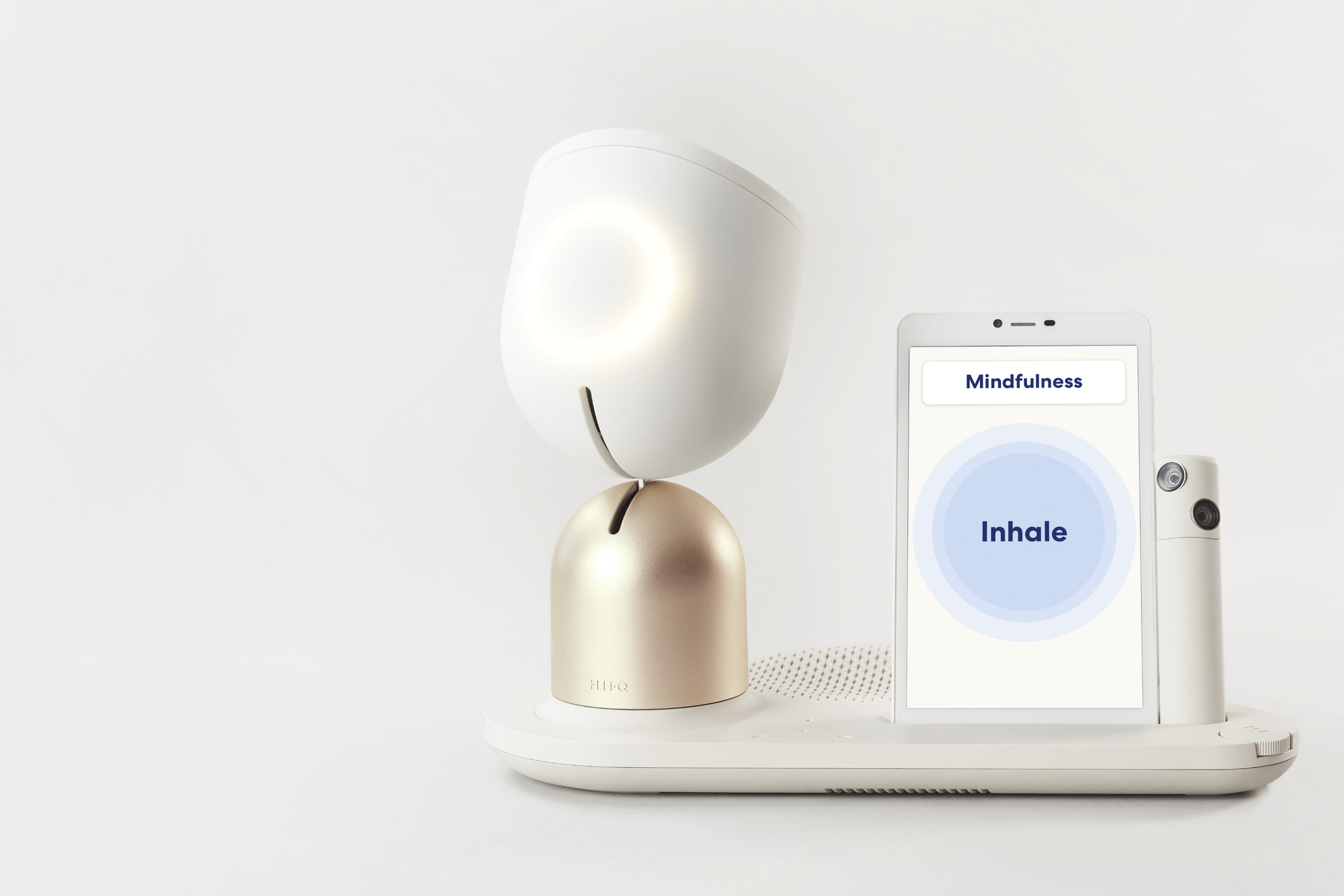 The bot is designed as a companion for older adults, connecting them to family members and reminding them about health goals. A new 2.0 version is available for anyone to buy.

An upgraded version of ElliQ — a robot designed to act as a companion for older adults — is now available for anyone to buy. The bot has been under development by Israeli startup Intuition Robotics for years, but a first version (launched in March) was only built in limited capacity. The new ElliQ 2.0 comes with upgraded features including new conversation prompts, virtual experiences, and an app for family members and carers.

ElliQ consists of a digital display and a light-up “bobble head” that moves and reacts to users’ conversation. Intuition Robotics describes the bot as a way to combat many nations’ “loneliness epidemic,” or the increasing number of older adults living alone. The company says ElliQ can act as a proactive tool to combat loneliness, interacting with users in a variety of ways. The bot can remind people about health goals, like taking daily exercise and medicine; it can conduct video calls with family members and loved ones; and can play simple games or media like audiobooks.

A press contact for Intuition Robotics told The Verge that version 1.0 of ElliQ sold out its “limited inventory” in a “few months.” (This included the purchase of 800 units by New York State as part of an experimental social welfare program.) Version 2.0 of the bot “is manufactured at a significantly larger scale,” said the company in a press release, “and offers a superior user experience with improvements like simpler tablet charging, a better screen, higher quality far field microphone performance, and more.” It costs $249.99 as an initial purchase with a monthly subscription fee of $29.99 for continued support.

(The video below shows ElliQ 1.0, which is visually near-identical to ElliQ 2.0.)

The experiences include a “virtual cafe” which shows users pictures from 18 different cities accompanied by local ambient sounds; an “art exhibition,” which is a slideshow of famous paintings accompanied by a voiceover discussing the artworks; and a virtual road trip which “puts our customers behind the wheel of a virtual van as they accompany ElliQ to places like the Grand Canyon or The Smithsonian museum in DC.”

ElliQ can also start conversations with users. New prompts include asking about someone’s childhood (“talk about a teacher whose legacy you carry with you”); about their experience of historical events (“what were you doing during the Moon landing?”); and other personal recollections (“tell us about your first crush”). Intuition Robotics says these conversations are recorded and can later be turned into a digital “memoir” for relatives or loved ones.

Intuition Robotics is also launching a new companion app for “family members, friends, or caregivers.” The app, which was previously available in beta, allows users to make video calls, voice calls, or send text messages to ElliQ robots. They can also set reminders virtually and receive data on how often users are interacting with their ElliQ bots.

Responses to the increasing use of robotics in elderly care is mixed. Advocates say machines offer a pragmatic solution for care and companionship in countries with aging demographics. In Japan, for example, where over-75s account for more than 15 percent of the population, the government actively sponsors such programs. But critics say the increased use of robots could also be alienating to older adults. A report on the subject commissioned by the UK government in 2018 noted that there are “concerns that social care quality may diminish with the use of robots, because robots are incapable of fulfilling the social or emotional needs of older care recipients and may increase loneliness and isolation amongst this group.”

Intuition Robotics says it continues to evaluate responses to its robots, and a recent impact study by the company claimed — perhaps somewhat predictably — that its robots significantly reduced loneliness among users and increased mental alertness. The company says that while the launch of ElliQ 1.0 focused on sales to institutions, it hopes ElliQ 2.0 will be purchased and used by private individuals and families.