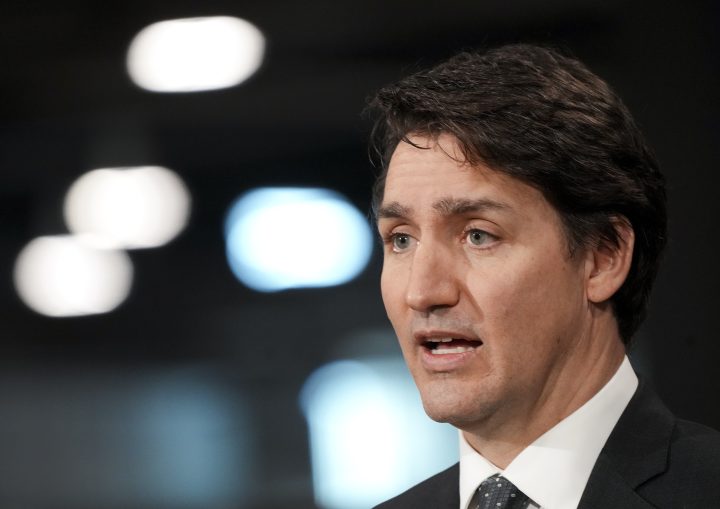 One of the NHL’s top marksmen led the New York Rangers to victory once again, but he was quick to deflect praise onto his teammates.

Kreider is tied with Edmonton’s Leon Draisaitl for second in the NHL goal-scoring lead with 38 goals. Only Toronto’s Auston Matthews has more (39).

“The team is playing well,” Kreider said. “Our play has been clicking. I am playing with some unbelievable linemates and unbelievable defencemen every time I’m on the ice.”

“Yeah, he’s rolling pretty good,” said Rangers coach Gerard Gallant. “A big power-play goal tonight and he scored another nice goal, so the big guys are scoring big goals at key times. It put us in control of the game pretty good.”

“Yeah, I had lots of work today, but we did a great job,” said Shesterkin, who leads the league in goals-against-average (1.93) and save percentage (.942). “Blocked shots, lots. PK, great job, and solid play.”

It has become old hat for Gallant.

“Same old, same old,” he said. “He’s played great. He’s solid and made some big saves, especially the first period of the game. We got the early lead. It wasn’t a great game. I mean the shots (46 for Winnipeg) didn’t indicate the game for me. â€¦ He made some key saves.”

Forward Nikolaj Ehlers scored the only goal for the Jets (24-22-10) while goalie Connor Hellebuyck stopped 18-of-22 shots before 12,867 fans at Canada Life Centre.

Winnipeg Jets are ready to welcome back Nikolaj Ehlers

“He’s (Shesterkin) had a pretty great season and he’s a pretty good goalie,” Ehlers said. “The shots are fine but we say it a lot. We had some traffic in front of the net but not enough, I think. We had some good chances, so that will come.”

Yet another loss did not sit well with Ehlers.

“Obviously, there are things that need to change and we need to do that now,” he said. “I don’t know how many games we have left, 26, 27 – we want to make the playoffs, we’ve got to start winning some games. It’s not in three or four games. It’s now.”

The Jets have 26 games remaining.

“What we want to do is make sure that we understand how we lost and, as a group, we have to stay together,” said Jets coach Dave Lowry. “We’re the guys that are going to work our way out of this.

We have two games where we have 40-plus shots. We did a lot of things right.

“We know that we have to get ready for Tampa Bay. Every game is critical for us.”

Kreider scored his second goal after beating Jets defenceman Nate Schmidt to the puck. He then scored on the backhand to give the Rangers a 3-1 margin at 6:21 of the third.

Zibanejad deflected Trouba’s slapshot from the point to increase the lead to 4-1 and put the game away at 9:32.

Ehlers had pulled the Jets to within 2-1 with a power-play goal at the 13:34 mark of the second period.

New York took a 2-0 lead into the second period.

Kreider, who was on Hellebuyck’s doorstep, scored on the power play with 2:32 left in the opening 20 minutes. Kreider pounced on the puck that had deflected off a Jets player on an attempted pass from Panarin and slid a back-handed shot past Hellebuyck.

The Rangers opened the scoring early in the first. Goodrow tipped a perfect pass from Trouba past Hellebuyck at 2:01. The Jets goalie had no chance.

Winnipeg scored once on six power-play opportunities. The Rangers scored on one of two man advantages.

It was the third of a four-game homestand for the Jets, who host to the Tampa Bay Lightning Tuesday.

It was the first of a four-game road trip for the Rangers, who face the Wild in Minnesota Tuesday.

John Shannon on the Jets: March 2