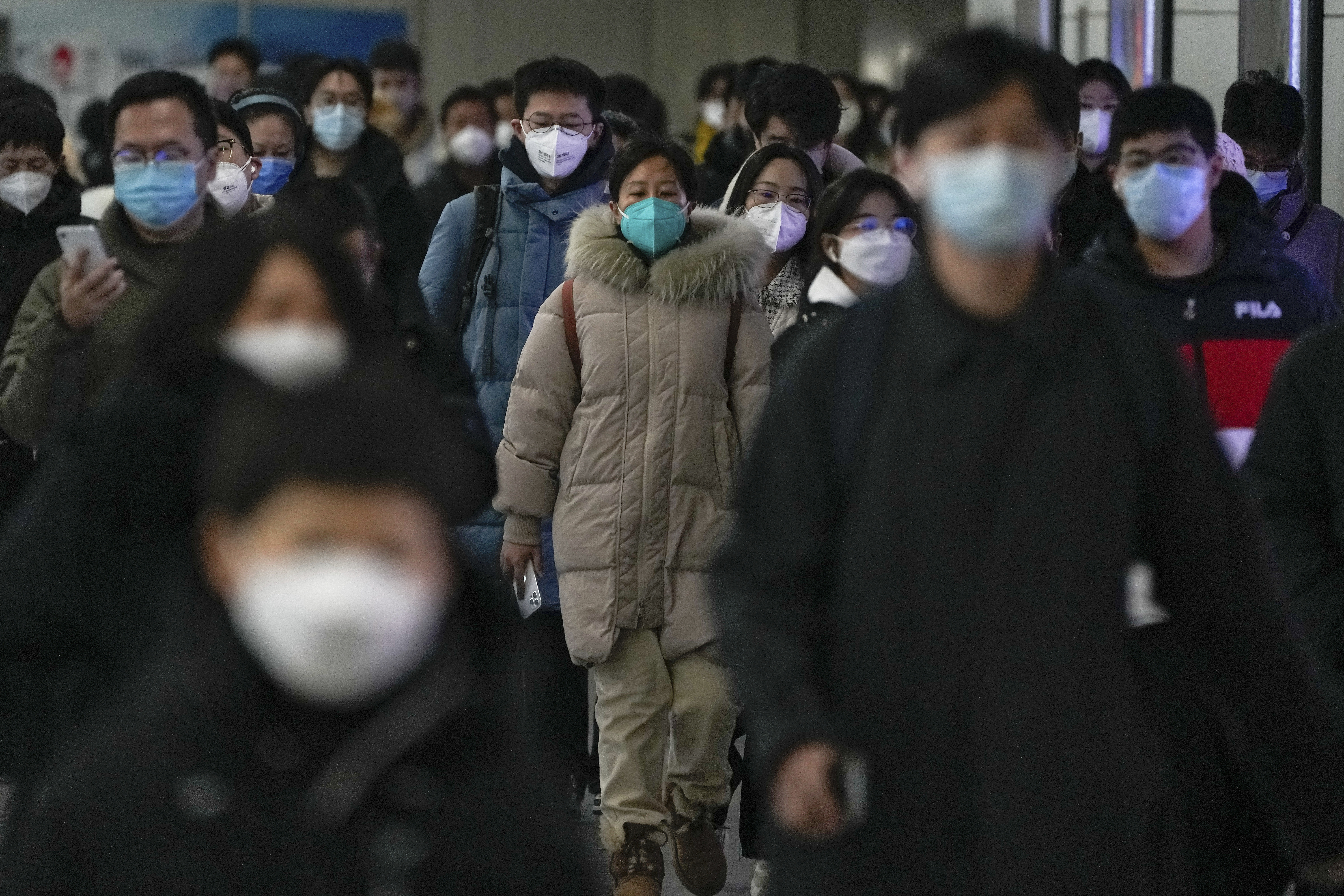 China says it will resume issuing passports for tourism in another big step away from anti-virus controls that isolated the country for almost three years, setting up a potential flood of Chinese going abroad for next month’s Lunar New Year holiday.

The announcement Tuesday adds to abrupt changes that are rolling back some of the world’s strictest anti-virus controls as President Xi Jinping’s government tries to reverse an economic slump. Rules that confined millions of people to their homes kept China’s infection rate low but fueled public frustration and crushed economic growth.

Beijing, Shanghai residents back to work as COVID outbreak continues in China

The latest decision could send free-spending Chinese tourists to revenue-starved destinations in Asia and Europe for Lunar New Year, which begins Jan. 22 and usually is the country’s busiest travel season. But it also presents a danger they might spread COVID-19 as infections surge in China.

Japan, India, South Korea and Taiwan have responded to the Chinese wave of infections by requiring virus tests for visitors from China.

China stopped issuing visas to foreigners and passports to its own people at the start of the COVID-19 pandemic in early 2020.

2:50
WHO is ‘very concerned’ about China’s COVID-19 surge, vaccination rates


The National Immigration Administration of China said it will start taking applications Jan. 8 for passports for tourists to go abroad.

The agency said it will take applications to extend, renew or reissue visas but gave no indication when they might be issued to first-time applicants.

China will “gradually resume” admitting foreign visitors, the agency said. It gave no indication when tourist travel from abroad might resume.

China will “work with all countries” to “restore safety and stability to global industrial and supply chains and promote world economic recovery,” Wang said.

Health experts and economists expect the ruling Communist Party to keep limits on travel into China until at least mid-2023 while it carries out a campaign to vaccinate millions of elderly people. Experts say that is necessary to prevent a public health crisis.

During the pandemic, Chinese with family emergencies or work travel deemed important could obtain passports, but some students and businesspeople with visas to go to foreign countries were blocked by border guards from leaving. The handful of foreign businesspeople and others who were allowed into China were quarantined for up to one week.

Before the pandemic, China was the biggest source of foreign tourists for most of its Asian neighbors and an important market for Europe and the United States.

The government has dropped or eased most quarantine, testing and other restrictions within China, joining the United States, Japan and other governments in trying to live with the virus instead of stamping out transmission.

Japan and India have begun requiring virus tests for travelers from China. South Korea tests all visitors with elevated temperatures. South Korea says anyone who tests positive will be quarantined at home or in a hotel for a week.


Taiwan on Wednesday announced visitors from China will be tested starting Jan. 1.

Hong Kong authorities said Wednesday they would scrap some of the city’s COVID-19 restrictions, including PCR tests for all inbound travelers and vaccination requirements to enter certain venues. The easing comes as the southern city prepares for a reopening of borders with mainland China next month.

On Monday, the Chinese government said it would remove quarantine requirements for travelers arriving from abroad, also effective Jan. 8. Foreign companies welcomed the change as an important step to revive slumping business activity.

Business groups have warned global companies were shifting investment away from China because foreign executives were blocked from visiting.

The American Chamber of Commerce in China says more than 70% of companies that responded to a poll this month expect the impact of the latest wave of outbreaks to last no more than three months, ending in early 2023.

The government has stopped reporting nationwide case numbers but announcements by some cities indicate at least tens and possibly hundreds of millions of people might have been infected since the surge began in early October.

Experts have forecast 1 million to 2 million deaths in China through the end of 2023.

Also Monday, the government downgraded the official seriousness of COVID-19 and removed it from a list of illnesses that require quarantine. It said authorities would stop tracking close contacts and designating areas as being at high or low risk of infection.