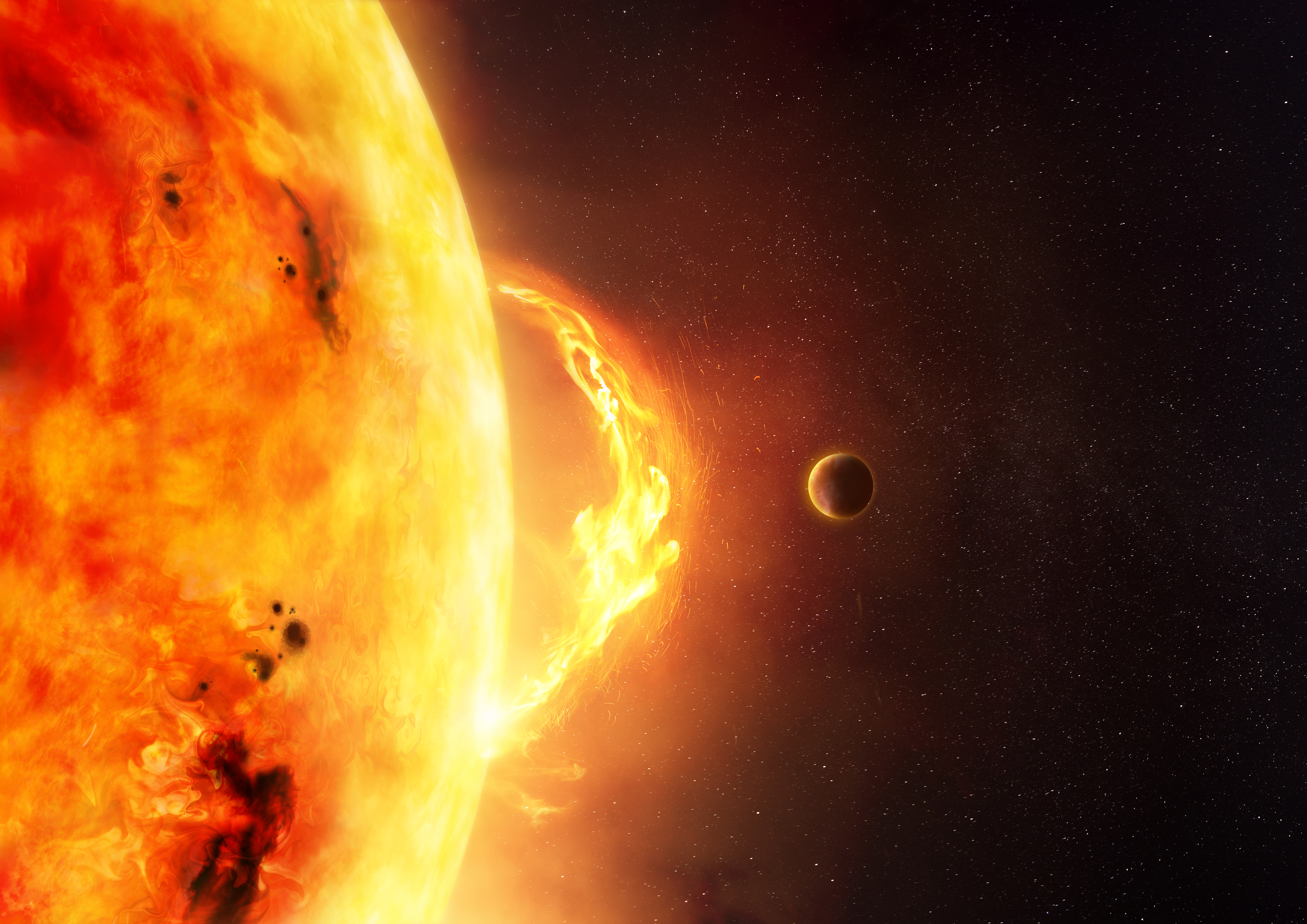 Days after thunder and lightning brought the latest British heatwave to an end, a solar storm looks ready to set auroras glowing.

Forecasters predict ‘cannibal’ ejections of solar radation may create mild to moderate geomagnetic storms around Earth on Wednesday and Thursday.

As well as beautiful auroras potentially visible further south than normal, these may cause some technology to malfunction.

‘Coronal mass ejections’ are massive clouds of electrified gas that erupt from the Sun and tear through space.

Some of these radiation-emitting ejections, which can hold a billion tonnes of matter, make their way to Earth.

Luckily, our atmosphere protects us from their effects. But satellites don’t have the same protection, leaving them more vulnerable to space weather. Down on the surface, this can impact things like GPS.

This space weather is the result of coronal mass ejections that burst from the sun on Sunday and Monday.

Notably, two of these ejections may result in a ‘cannibal’ CME, where a later ejection catches up with an earlier CME as they hurtle through space.

The resulting bundle of compressed plasma and tangled magnetic fields can lead to powerful storms according to SpaceWeather.com.

US government forecasters predict this week’s storm may reach ‘G2’ or ‘moderate’ level when it peaks on Thursday.

Storms of this intensity can result in limited, temporary disruption to radio and navigation signals.

They can also make auroras visible further south than usual, with potential sightings as low as Scotland and even Newcastle.

Although it may seem like there’s been a lot of solar activity in recent weeks, this actually isn’t unusual.

Scientists say activity will gradually increase before reaching a peak in July 2025. After this, it will decline again as part of the Earth’s natural solar cycle.

But solar phycisist Doug Biesecker from the US National Oceanic and Atmospheric Agency says: ‘While we are not predicting a particularly active solar cycle, violent eruptions from the Sun can occur at any time,” Biesecker added.


MORE : Stunning auroras blaze over US as week-long solar storm starts to intensify