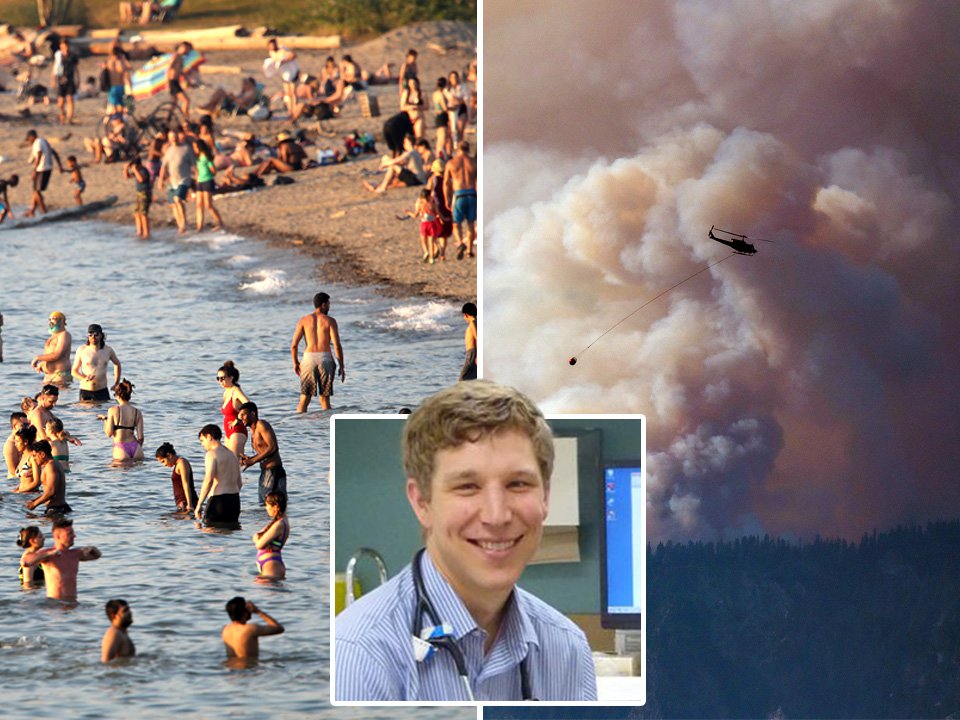 A woman has been medically diagnosed as suffering from climate change.

The elderly patient was reportedly suffering from multiple breathing issues exacerbated by the deadly North American heatwave in June.

Her doctor, Dr Kyle Merritt, wrote ‘climate change’ as part of his diagnosis for the woman who suffered from asthma. He admitted that this was the first time that he had cited climate change as a cause for a patient’s suffering.

‘If we’re not looking at the underlying cause, and we’re just treating the symptoms, we’re just gonna keep falling further and further behind,’ the doctor told Glacier Media.

The patient, in her seventies, was diagnosed in the summer after the heatwave that doctors believe made her ailment worse.

‘She has diabetes and some heart failure… She lives in a trailer with no air conditioning,’ said Dr Merritt. ‘All of her health problems have been worsened and she’s really struggling to stay hydrated,’ he said.

British Columbia, Canada’s western-most province, experienced record-breaking temperatures in June that led to the death of over 500 people according to experts.

The wildfires caused the air quality to become 43 times worse than acceptably safe levels throughout July and August.

The extreme weather in Canada is only one out of a series of climate-change-related problems that the world has been grappling with.

Extreme weather events such as floods, drought, fires and heatwaves have made headlines around the world.

The WHO estimates that over 150,000 deaths occur annually as a result of drastic climate events. That estimate includes deaths as a result of extreme weather conditions, which may be occurring with increased frequency.

‘We’re in the emergency department, we look after everybody, from the most privileged to the most vulnerable, from cradle to grave, we see everybody. And it’s hard to see people, especially the most vulnerable people in our society, being affected. It’s frustrating,’ Dr Merritt told the outlet.

The diagnosis has caused healthcare professionals to be deeply concerned about the climate crisis and its impact on people’s health.

An initiative called the Doctors and Nurses for Planetary Health has been set up for healthcare professionals advocating for better health by protecting the environment.

Countries have gathered at the COP26 summit in Glasgow to push for stricter climate action policies to prevent things from getting worse in the coming years.

Climate pledges have reduced the projected emissions below 2C for the first time but climate experts have warned this isn’t enough.

In addition to addressing the root causes of climate change, it is also important to take action to adapt to a changing climate. This includes actions that immediately improve the health of the poorest communities and also reduce their vulnerability to climate change effects in the future.


MORE : The climate crisis is a feminist issue – women must be heard at COP