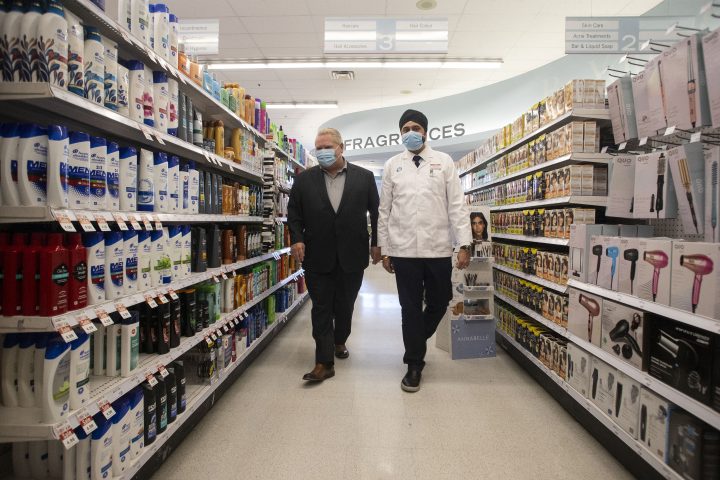 In a year when pharmacists have stickhandled children’s drug shortages and an extra-busy flu shot season, you’d think they might balk at the news in Ontario and B.C. that their prescriptive powers are being expanded.

Yet those in the field say the added responsibilities may make their jobs more fulfilling – so long as the changes are accompanied with appropriate funding.

“Pharmacies are trying to do a lot with limited resources,” said Danielle Paes, chief pharmacist officer at the Canadian Pharmacists Association.

“Appropriate funding is a key part of ensuring that these expanded services are not only sustainable but utilized by the public.”

Amid the COVID-19 pandemic and family doctor shortages, pharmacists have seen their roles in the health-care system recognized by governments and the public like never before, Paes said. They’ve become key points of contact for everything from COVID-19 vaccinations to renewing some drug prescriptions.

At the same time, the triple-threat of COVID-19, influenza, and respiratory syncytial virus, or RSV, is taking its toll on staffing levels, while shortages of children’s pain and fever medication prompted some pharmacies to keep new shipments behind the counter last month to limit hoarding by fearful parents.

Like many health professionals, pharmacists have faced burnout and labour shortages since the COVID-19 pandemic began.


In early 2022, a survey of 1,399 pharmacists and pharmacy technicians commissioned by the association found almost all pharmacy professionals – 92 per cent – reported being at risk of burnout. Nearly half report abuse or harassment from patients on a weekly basis.

At the time, Paes said the unrelenting demands coupled with added administrative burdens and staffing challenges had pushed pharmacists to a tipping point. Now, she said the association is planning another survey and hopes the results may be different.

“Hopefully it’s improved, but who knows – it’s a rough, rough time to be a health-care worker right now.”

As strains on the health system worsened, some governments have looked to pharmacists as a relief valve.

Beginning in October, British Columbia pharmacists began administering more vaccines and renewing prescriptions for up to a two-year period for people whose family doctors had left their practices. This spring, they will begin prescribing drugs for minor ailments like urinary tract infections and allergies, as well as contraception.

Paes called it a “natural and organic evolution,” since pharmacists already have the training.

“As a national association, we’ve heard time and time again from pharmacists that they want to practise to their full scope. You know, it brings a great deal of fulfilment.”


The changes bring both provinces in line with guidance from Health Canada and other provinces.

However, funding for the models are inconsistent across the country, she said.

She pointed to P.E.I., where an expansion of patient assessment and prescriptive powers were announced in October, as a positive model. The service is being funded by the government, she said, so patients don’t have to pay out of pocket.

“We’re not there yet with all provinces yet. So even though some authority has been given to pharmacists to provide extensions or renewals on certain prescriptions, they’re not always covered.”

Last week, Yukon announced that it was also allowing pharmacists to prescribe medications for minor ailments, making permanent an expansion that had been in place on a temporary basis since May 2020.

In Alberta, pharmacists have had more leeway for more than a decade, including allowing them to administer things like cosmetic injections and order lab work.

Margaret Wing, CEO of the Alberta Pharmacists’ Association, said that being empowered to operate closer to their full potential actually made the job easier when pressures mounted.

For example, amid the shortage of children’s pain and fever medications, pharmacists in Alberta were able to compound alternative remedies, mixing the same active ingredients together that are sold in manufactured products. They could then do patient assessments and prescribe the products, she said.


In other provinces, the process was complicated by requiring doctors to issue the prescriptions or seeking regulatory changes through Health Canada to allow pharmacists to write the scripts, she said.

“There’s been, I think, an opportunity within our environment that made it a little bit more seamless for them to practise in these very difficult, high demand, high stress environments because of the existing scope (of practise) that they’ve had for 15 years.”

Alberta pharmacists have also played big roles in vaccination campaigns, administering about 80 per cent of flu shots and 55 per cent of COVID-19 vaccines, she said.

Pharmacists aren’t excluded from burnout in the face of overwhelming needs in the system that are affecting all health workers, but being able to practise to their full scope of ability has helped, Wing said. It means they’re better able to meet the needs of their patients, she said.

“What I’ve heard from pharmacists is that it helps in the sense that when you can care for your patient right there, and not have to pause and try to connect with say, a physician who is unavailable,” or who hasn’t followed through on writing a prescription.

“When you have a patient standing in front of you and they need to refill their medication and they can’t get it from their physician, and you have the authority and the ability to do that – that makes your work as a practitioner a lot easier.”