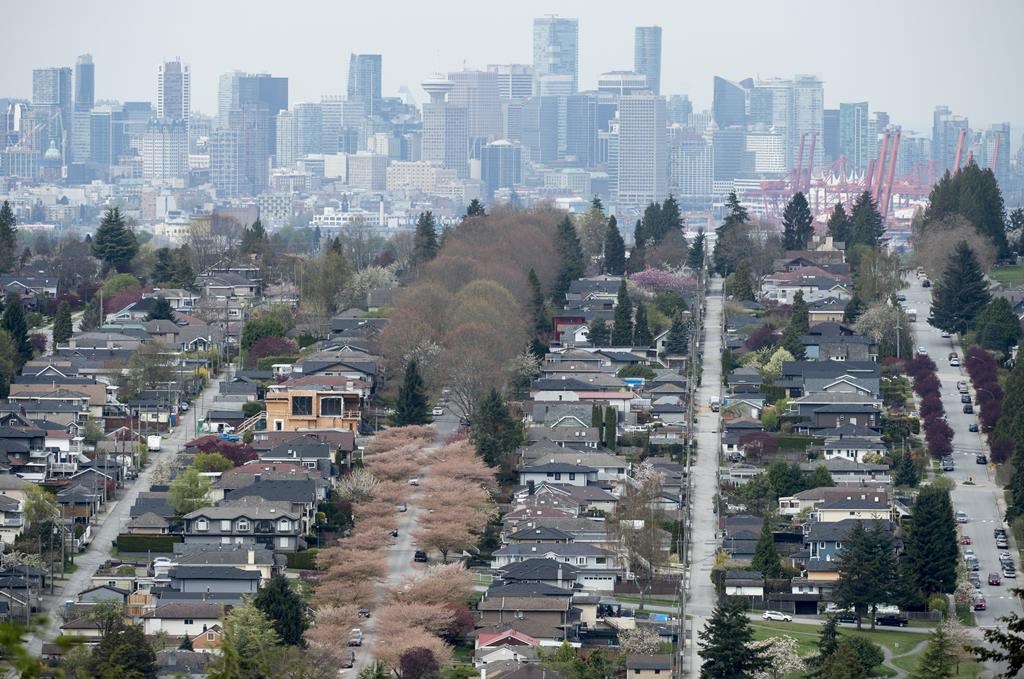 The Canadian Real Estate Association is cutting its forecast for home sales this year and lowering its expectations for price growth.

In its latest housing market outlook, the association says it expects 532,545 properties to trade hands via Canadian MLS systems this year, down 20 per cent from the 2021 annual record.

The outlook is down from CREA’s forecast in June that predicted a 14.7 per cent decline in sales this year and a 10.8 per cent increase in the national average home price.

The updated forecast came as CREA says home sales in August were down one per cent compared with July and 24.7 per cent lower than August last year.

The national average home price was $637,673 in August, down 3.9 per cent from the same month last year.

“August saw national sales hold steady month-to-month for the first time since February which, along with a stabilization of demand/supply conditions in many markets, could be an early sign that this year’s sharp adjustment in housing markets across Canada may have mostly run its course,” said Jill Oudil, CREA’s chair, in a release.

Several markets, including Toronto, have seen housing conditions cool in recent months as climbing interest and mortgage rates put a damper on sales and started to weigh on prices.

The rate hikes have quelled the unruly bidding wars seen in many markets in the winter and encouraging prospective buyers to wait for greater price drops.

Oudil believes many won’t be pushed into the market just yet, despite some of the recent drops.

“Some buyers may choose to remain on the sidelines until they see clearer signs of borrowing costs and prices also stabilizing,” she said.

Canada’s housing market appears to be cooling. Is this the right time to buy?

Ahead of CREA’s data release, BMO Capital Markets senior economist Robert Kavcic said the housing sector is facing a “unique” situation because many potential buyers got pre-approvals from before the Bank of Canada’s tightening and are now seeing discounts between 10 and 20 per cent on housing.

“If you can buy at a discount with a mortgage rate that no longer exists, it could be enticing,” he wrote in a Wednesday note to investors.

“But the bigger picture is that there is still an enormous interest rate shock to absorb.”

The last time a similar one-year increase in the carrying cost of an average home purchase in Ontario was seen was in the late 1980s, he added.

“In other words, this is the sharpest tightening of housing conditions in a generation, and it will come with further adjustment.”

2:20
‘Tinder for real estate’: Home co-ownership on the rise amid housing crisis

‘Tinder for real estate’: Home co-ownership on the rise amid housing crisis – Sep 3, 2022

What you need to knowMicrosoft is working to acquire Activision Blizzard for almost $69 billion. Microsoft shared on Tuesday that it has entered a 10-year...
Read more

Majority of Canadians fearful about feeding their families as economic anxiety grows: poll

Canadians are growing more concerned about the state of the economy and the impacts on their pocketbooks, a new poll suggests, with a majority...
Read more

/ The German automaker filed a patent for a new type of suspension that allows a car to gather electricity generated from bumps...
Read more