Call of the Wilde: Florida Panthers humble the Montreal Canadiens 7-2 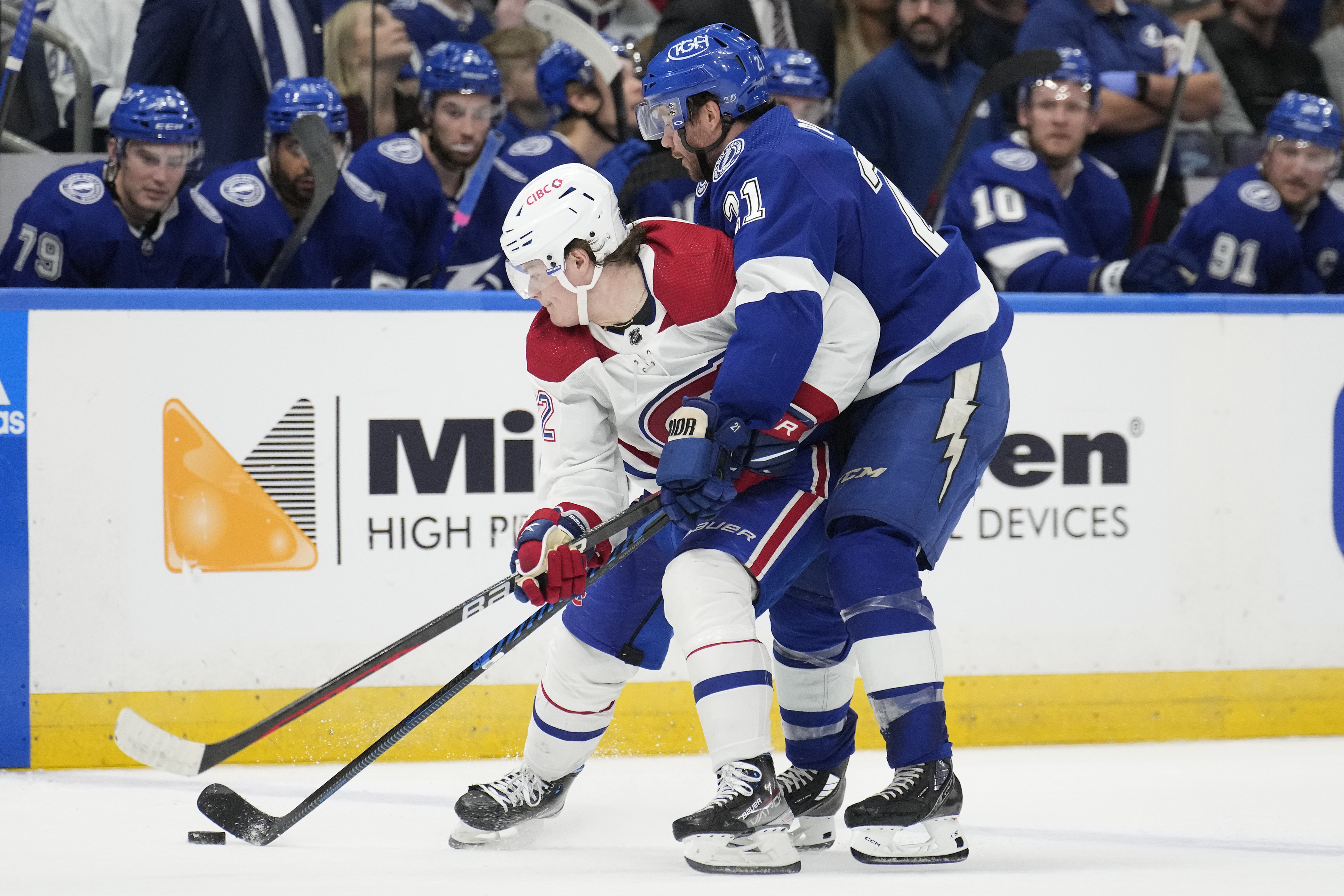 The Montreal Canadiens have played games on back-to-back nights in the state of Florida. On Wednesday night, the contest in Tampa Bay went poorly, and the one in Sunrise, Fla., on Thursday was even worse.

The Canadiens fell to the Panthers 7-2.

Arber Xhekaj is the leading goal scorer among defencemen for the Canadiens this season. There can’t be anyone who believed that possible in August. Not many even thought Xhekaj would make the Canadiens team when they broke for camp.

It’s one of the great stories of the season for Montreal. Xhekaj counted two points in the first period on his fifth goal and seventh assist. It’s hard to believe as well that Xhekaj is seventh on the team in scoring overall.

Xhekaj also has the ability to defend his teammates with his fists, adding to the value that he has. Many don’t want to consider that as vital, but in the locker room they know it is important. As long as the league allows fighting, intimidation will be a part of hockey.

It isn’t just fists that establish his physicality, though. Xhekaj has an ability as well to deliver big hits. When the Canadiens were at their worst in the last decade, the opposition used to joke that Montreal was not an ‘ice pack’ night. With Xhekaj have the ice packs ready, because he will try to make an opponent suffer.

Xhekaj is playing smarter on the defensive side of the puck as the season continues, and he is finally learning how to defend effectively without taking so many minor penalties.

Xhekaj was not even drafted. It’s a remarkable story, and it’s just getting started.

The Canadiens have not scored three goals in a game since Dec. 6. The club’s offence has fallen apart without Sean Monahan. It’s difficult to know what Monahan will fetch at the trading deadline, if the Canadiens decide to trade him, but one could also argue that he sure is valuable to the Canadiens as well.

Without a second line that can score, the focus is so strongly on Cole Caufield, Kirby Dach and Nick Suzuki that they can’t breathe facing the best defensive line every night and the best defensive blue line pairing. The three play against the other team’s best all the time and it’s getting exhausting for them.

Suzuki was on a better than point-per-game pace, but in the last 10 games he has only two points on a goal and an assist. Overall, Suzuki has 31 points now in 36 games played. That’s still better than he has ever done in his career — on pace for 71 points, eclipsing his 61 total from last season.

Caufield is also slowing from his torrid pace earlier this season. He has three goals in his last nine games. Caufield still on a thrilling 43 goal pace looking to become the first 40-goal scorer for Montreal this century.

This is what happens when a team relies on only one line to do 50 per cent of the scoring. It is unsustainable.

It is also why the Canadiens need to improve their forward group. They need more in their top six and hope that Juraj Slafkovsky, Sean Farrell, Filip Mesar or Owen Beck can be good enough to reach that talent level. They also hope that this year’s draft can provide a player who can be top-six.

It sounds grim, how bad the scoring has been, but the hard truth is that it has been worse many other seasons. In 2018, the leading scorer was Brendan Gallagher with 54 points. The club has three top-six and that’s not a bad start at all, but more work needs to be done.

Montreal could win one or even both lottery ball drops to take the number one and number two picks. That would take some magnificent luck, but it’s not out of the question. They presently have a 6.5 per cent chance on their own lottery win, and a five per cent chance with a lottery win of their Panthers pick.

If the Canadiens won the top pick, they would without question take Connor Bedard. Don’t let a single person engage you in a conversation that anyone else is in the mix for top pick in this draft. It’s Bedard all the way.

Call of the Wilde: Montreal Canadiens fall to the Dallas Stars 4-2 in pre-holiday matchup

If Montreal drafts second overall, it is likely that they take Adam Fantilli. Before the World Juniors began there were some who didn’t think there was a big gap between the one and the two, but this event is showing Fantilli is clearly behind Bedard.

Leo Carlsson of Sweden has had a strong tournament. His shot share is tops on the Swedish team among forwards, and some might argue that he is the second choice in the draft.  Matvei Michkov could also be second in the minds of many, though it is a gamble to draft him considering he has a long-term contract to stay in Russia, and the political dynamics are dicey at the moment.

Those are the choices if the Canadiens win the lottery one time or even two, but what about if they draft seventh or ninth, as is the determination heading into Thursday’s NHL action?

Certainly, the aforementioned above will not be available at seven. It’s a much tougher challenge to predict the Canadiens picks, but one thing is known – they’ll be terrific hockey players. Many say that you have to go well into the back half of the top 10 to find a pick that would have been behind Juraj Slafkovsky last year. This year’s talent pool is that good.

Will Smith was a late cut for the United States for the World Juniors, but he is on pace for near-record-setting numbers in the United States Development Program in the realm of the all-time greats like Jack Hughes and Cole Caufield. Smith would be a steal at seven, and would be another centre in the mix for the Canadiens looking to consolidate their top-six.

Call of the Wilde: Montreal Canadiens fall 2-1 in overtime to Colorado Avalanche

Also a possibility is Brayden Yager who is a point-per-game forward playing in Moose Jaw, Sask., for the Warriors.  Dalibor Dvorsky is doing well in the Swedish Hockey League for a 17 year old, and he’s been strong for Slovakia at the WJC. His stock is going up in this tourney.

Zach Benson is another from the Western Hockey League playing for the Winnipeg Ice having an outstanding campaign as he approaches the draft. He’s another hope for the Canadiens top-six that needs to get filled out with two or three more players.

Eduard Sale and Andrew Cristall round out a terrific top ten that is all forwards at this point. There’s a long way to go and certainly that seven and nine spot can change significantly.

Whatever happens, the Canadiens are in extremely good shape to improve their club this summer.

Brian Wilde, a Montreal-based sports writer, brings you Call of the Wilde on globalnews.ca. after each Canadiens game.

Is Nasa’s all-electric plane the future of emissions-free flying?

Nasa’s electric X-57 airplane (Picture: Nasa)The experimental airplane X-57, developed by Nasa, is due to fly for the first time this year. It has...
Read more