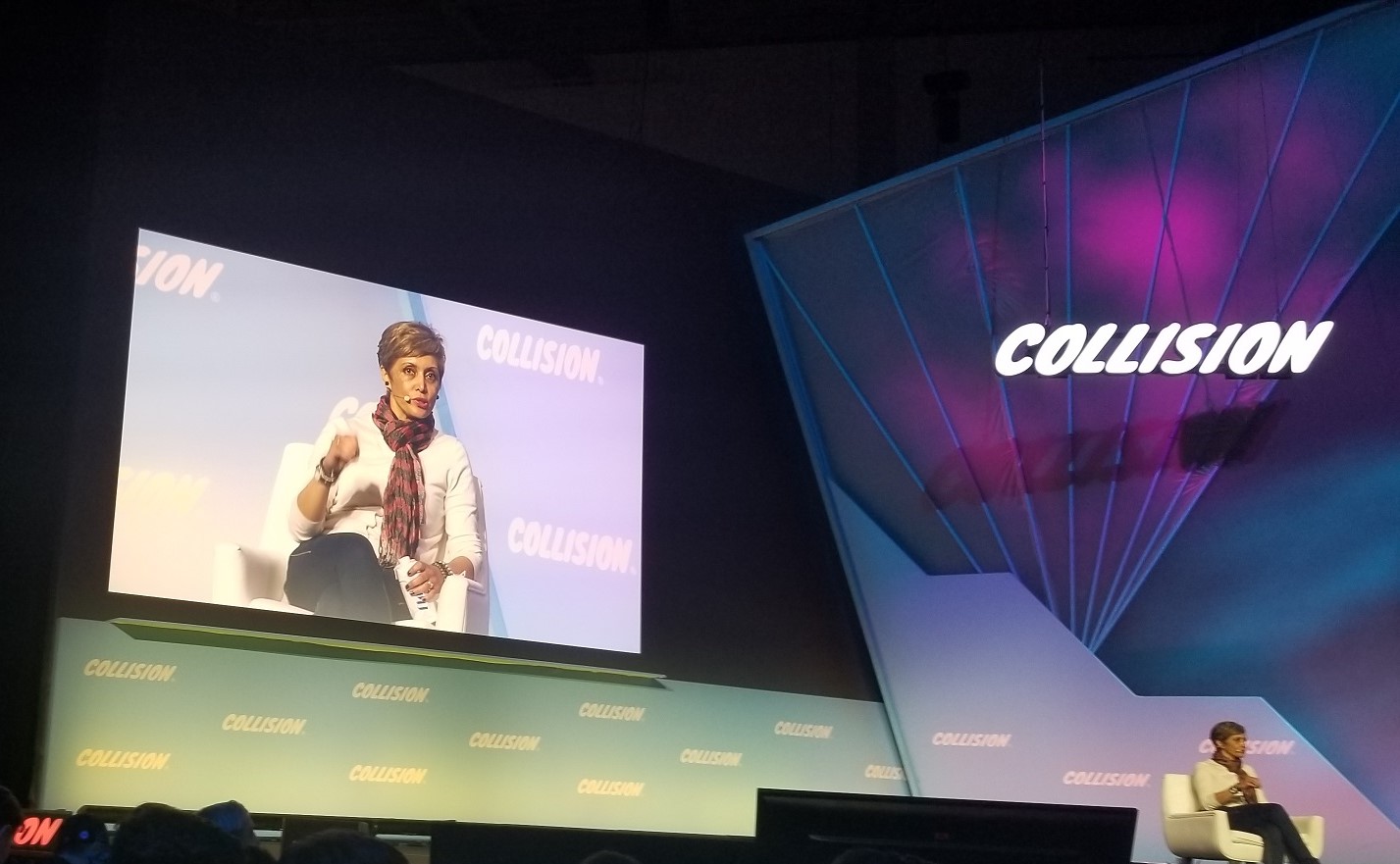 Jyoti Condek, Calgary’s 37th mayor and the first woman elected to the position, says past mistakes made in attempting to build up the city’s technology sector will not happen again under her administration’s watch.

Speaking this week at Collision 2022 at a session entitled Bringing Cities Into the 21st Century, Condek conceded that a “myopic” strategy of focusing on local talent only simply did not work.

The city, she said during a Q&A session with Zachary Karabell, founder of non-profit news platform the Progress Network, now realizes that “you can’t aspire to be Silicon Valley North, you have to understand tech for what it is. And it’s table stakes. Tech allows every industry to succeed and create new advances that tackle some of our biggest problems.”

The goal, said Condek, who was elected to a four-year term last October and holds a Ph.D in urban sociology and a master’s degree in organizational sociology, is to provide the right type of incentives that will persuade companies located elsewhere to relocate to Calgary.

“When it comes to tech, we have a strong, critical mass of people that are very good at what they do, and they live in a place that’s affordable and welcoming.”

There have also been lessons learned, she said, from the hit all energy-producing sectors took in 2014 and 2015 when the price of a barrel of oil plunged from a high of US$107.95 to US$44.08 in just over seven months.

Instead of relying solely on oil, the city has “built a stronger economy that is more diverse; we are interested in making sure that the talent we are drawing to our city is in multiple sectors. And we’ve used tech to permeate all of our industries, rather than looking at this as a sector on its own.

“Any of the innovation that’s needed in biomedicine, in agriculture, whatever it may be, that’s how we’re approaching the tech sector. We don’t necessarily want to be Silicon Valley; we want to have a future that’s not riding those ups and downs.”

Asked by Karabell how she “walks the walk” between proponents of clean energy on one hand and a “ecosystem that is profiting mightily from fossil fuels,” Gondek responded by saying it ‘s “interesting that people think if you are willing to declare a climate emergency you must be anti-oil and gas.

“It’s the sort of polarized view that people have of the world. And I think what our city council has managed to do in eight months is demonstrate that we’re interested in really doing the heavy work that needs to get done around being cleaner and more sustainable.

“And we’re not doing it alone. The energy sector has been planning for this for years. So, this idea of an energy transition is kind of a false idea. The energy sector has been transitioning for decades, it’s now in a period of serious transformation. My position back to you would be, you’ve got an industry that understands that it has to change, and it’s been doing so for a number of years. We haven’t told the story very well.”

When it comes to clean energy, she added, there will need to be a phasing in period because “we can’t electrify our fleets overnight, we can’t turn to hydrogen overnight.”

Asked what it was like running a campaign during a pandemic, Condek described it as ‘interesting” because ideally you want live interactions with people.

“My life every day was pretty much five back-to-back Zoom meetings with 10, 20 or 30 people from the community,” she said. “And then slowly, as things started to get a little bit better, you could have backyard parties and engage with people.”

An NHS liveried drone. (Credits: PA)The NHS is to use drones to courier chemotherapy drugs in a bid to speed up the delivery of vital medicines. It...
Read more

A new entertainment district in Regina could be on the horizon

The future of Regina arenas may look very different over the next few years. On Wednesday, a detailed report will be presented to the city’s...
Read more