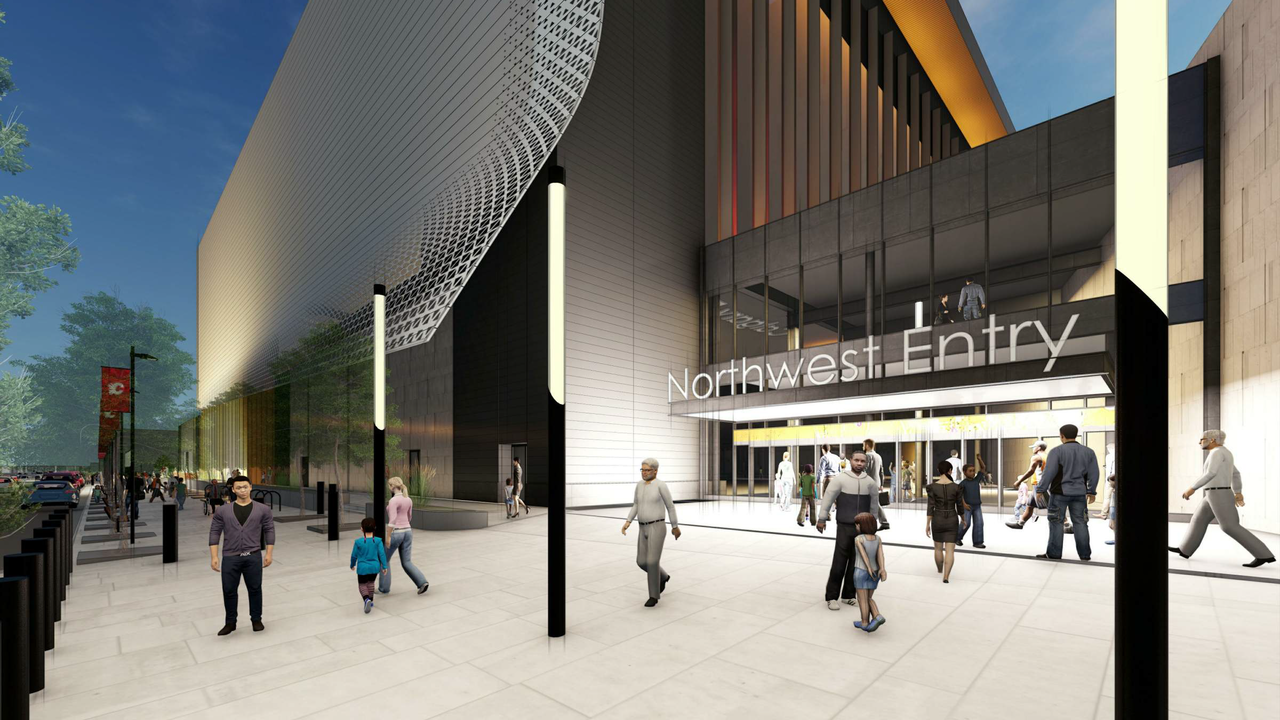 Three months after the deal to build a replacement for the aging Saddledome fell through, Calgary city councillors are scheduled to be briefed on the event centre project at their meeting on Tuesday.

The briefing is set to be confidential, and it remains unclear what details, if any, will be made public.

It comes after a unanimous vote by council back in January to engage with a third party to determine if the Calgary Sports and Entertainment Corp. would be interested in re-entering discussions on building an event centre, or if there are other parties interested in partnering with the City of Calgary to complete the project.

“This time we’re looking at the entertainment district as a whole, which includes the event centre,” Mayor Jyoti Gondek said after the meeting in January. “It may be possible that we need to enter into a partnership that includes more than two parties.

“We’re also looking into everything else that goes into an entertainment district, so we’re being very holistic in how we’re moving forward.”

According to city officials, between $23 million to $24 million had been spent to date on the event centre project. CSEC and the city are expected to split those costs, as well as the remaining wind-down costs, as part of their agreement.

The original deal between the City of Calgary and CSEC to build the event centre was signed in July 2019.

As part of the agreement, both sides were to cover the half cost of the then $550-million building. The city agreed to provide the land and retain ownership of the building, as well as pay $22.4 million to demolish the Saddledome and for reclamation work on the land.

It was a “monumental move forward,” according to Jeff Davison, who served on the event centre assessment committee at the time.

“The new Calgary event centre wasn’t just about a building for hockey games,” Davison told Global News on Monday. “It was, ultimately, a catalytic move to develop up to $3 billion worth of real estate, to think about how we achieve economic recovery and how do we achieve downtown recovery.”

Davison said there was a lot of work in that first year, including examining similar builds and entertainment districts in other cities, and engaging with Calgarians.

But in the spring of 2021, the project was paused after it was revealed costs had escalated to $608 million.

CSEC and the city re-entered negotiations to adjust the agreement, which saw both parties increase their share by $12.5 million through a clause in the previous agreement.

As part of the redeveloped deal, the city’s share of the costs went up to $287.5 million and Calgary Municipal Land Corp. was replaced by CSEC as development manager. CSEC also committed to covering the risk of all cost overruns moving forward, and was set to contribute $321 million to build the project.

“I think the best thing about that agreement was we got our partner to carry all the cost overruns,” Davison said.

“When we think about achieving that whole (entertainment district), achieving all of those benefits and getting our money out of the deal; you couldn’t have asked for a better setup.”

The development permit was brought to the Calgary Planning Commission in Nov. 2021.

One month later, Gondek announced via Twitter that CSEC majority shareholder Murray Edwards informed her that there was no viable path to complete the project due to rising costs, and Flames ownership would be pulling out of the deal.

CSEC said at the time that both sides were in “mutual alignment” when it comes to wanting to build an event centre, but Flames ownership had concerns with the infrastructure and climate costs attached to the development permit, “that were introduced by the city following our July agreement.”

“I think that it’s pretty common that large infrastructure projects of a sports nature — or non-sports nature — usually come in substantially overbudget,” said Concordia University economics professor Moshe Lander. “I think the shocking factor is that when we start talking about hundreds of millions of dollars, an extra $100 million among friends is a huge number.

“But in the grand scheme of things, 20 per cent over costs wasn’t that big a deal.”

As part of the deal, because both the city and Flames ownership didn’t agree to move forward to construction by Dec. 31, 2021, the event centre agreement ended.

“It was a shame to see the whole thing fall apart,” Davison said.

Ryan Pike, the managing editor of the Flames Nation website, said he doesn’t expect the Flames to relocate given the financial success of the team in Calgary. However, he said fans were anxious when the deal collapsed.

“I think there’s a bit of fan consternation or anxiety because until you have a building and a long-term lease, there’s always a little bit of fan anxiety,” Pike said.

“A lot of fans, I think their mindset is, ‘Oh, goodness, did we deal with this already? Why are we dealing with this again?’ I think that’s where a lot of the the frustration boiled over.”

At the time, CSEC said the Flames plan to stay and play at the Saddledome “for many years to come.”