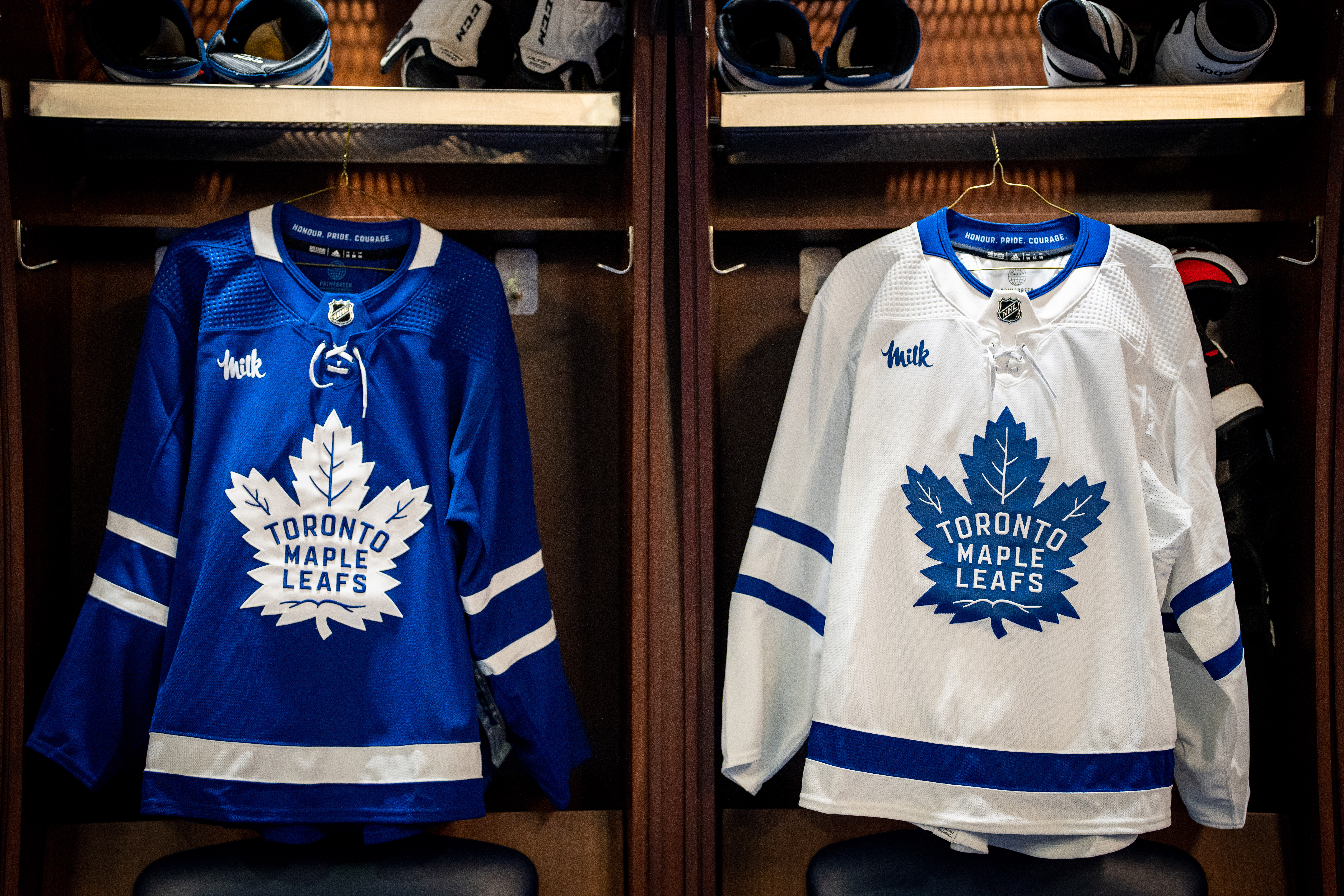 Brock Boeser believes this is his year.

The Vancouver Canucks right-winger struggled at times last season while dealing with the declining health of his father, Duke, but still managed 46 points (23 goals, 23 assists) in 71 games.

Duke Boeser died at the end of May following an extended battle with cancer and Parkinson’s disease.

NHLers have mixed feelings on jersey ads: ‘You knew something like that was coming’

“Obviously, with my dad’s passing, there’s just not as much to worry about, so I can really focus on hockey…. Just being able to really focus on the game now and help our team win is really exciting for me.”

After spending some much-needed time with loved ones over the summer, Boeser signed a three-year contract worth US$6.65 million per season at the beginning of July.

He also looked for ways to grow as a player.

“I obviously took some time away and kind of regrouped and all that,” he said. “And then once I got back, I had a fresh mind and worked extremely hard.

“It was a busy summer and a fast summer, but I really got my nose down and tried to improve my game.”

The native of Burnsville, Minn., came close in 2017-18, putting up 29 goals in his rookie campaign, but has yet to meet the mark.

Boeser’s drive to be better was on display on the first day of training camp, said head coach Bruce Boudreau.

Playing on a line with star centre J.T. Miller and veteran left-winger Tanner Pearson, Boeser wasn’t shy about battling for pucks and using his 6-foot-1, 208-pound frame to his advantage.

“In his mind, he had an off year and so he wants to come back here with a vengeance and be the Brock Boeser that he knows he can be,” Boudreau said.

“I saw that in the drills and the one-on-ones, that competitiveness in the corners. He was being pretty physical against those guys.”

The coach has said the lines he’ll utilize at training camp are the same ones he plans to start the season with, and playing alongside Miller and Pearson would be nothing new for Boeser.

“I thought we had some pretty good success last year, so I’m excited to start camp with them,” Boeser said. “I think we have pretty good chemistry and those guys both work hard.

“And I kind of look up to those guys and they push me along. Obviously, they can make good plays, too, and find me in the open ice.”

The trio works well because they play a smart, simple game, Pearson said.

“If you play with Millsy, obviously he’s a guy that wants the puck a lot,” he said of the centre who led the Canucks in scoring with 99 points last season.

“I play a pretty straightforward game, get the puck to him as much as possible. And, obviously, Brock’s trying to find the soft areas.”

A career-high season from Boeser would be a boon for a Canucks group that believes it’s on the cusp of making a playoff run.

Vancouver missed the post-season last year, finishing five points out of a playoff spot with a 40-30-12 record.

Missing the playoffs this year would “1,000 per cent” be a disappointment, said Boeser, clad in a shirt emblazoned with “unfinished business” and the Canucks’ logo.

“I think we set that bar last year when (Boudreau) came in. That was like our main focus, take it week by week and our ultimate goal was to make the playoffs,” he said.

“And unfortunately, we ran out of time, but we’re picking up where we left off and we all know that we need to make the playoffs this year, at least. No excuses.

“I think we’re all ready for that task and we’re all excited to get the season going.”