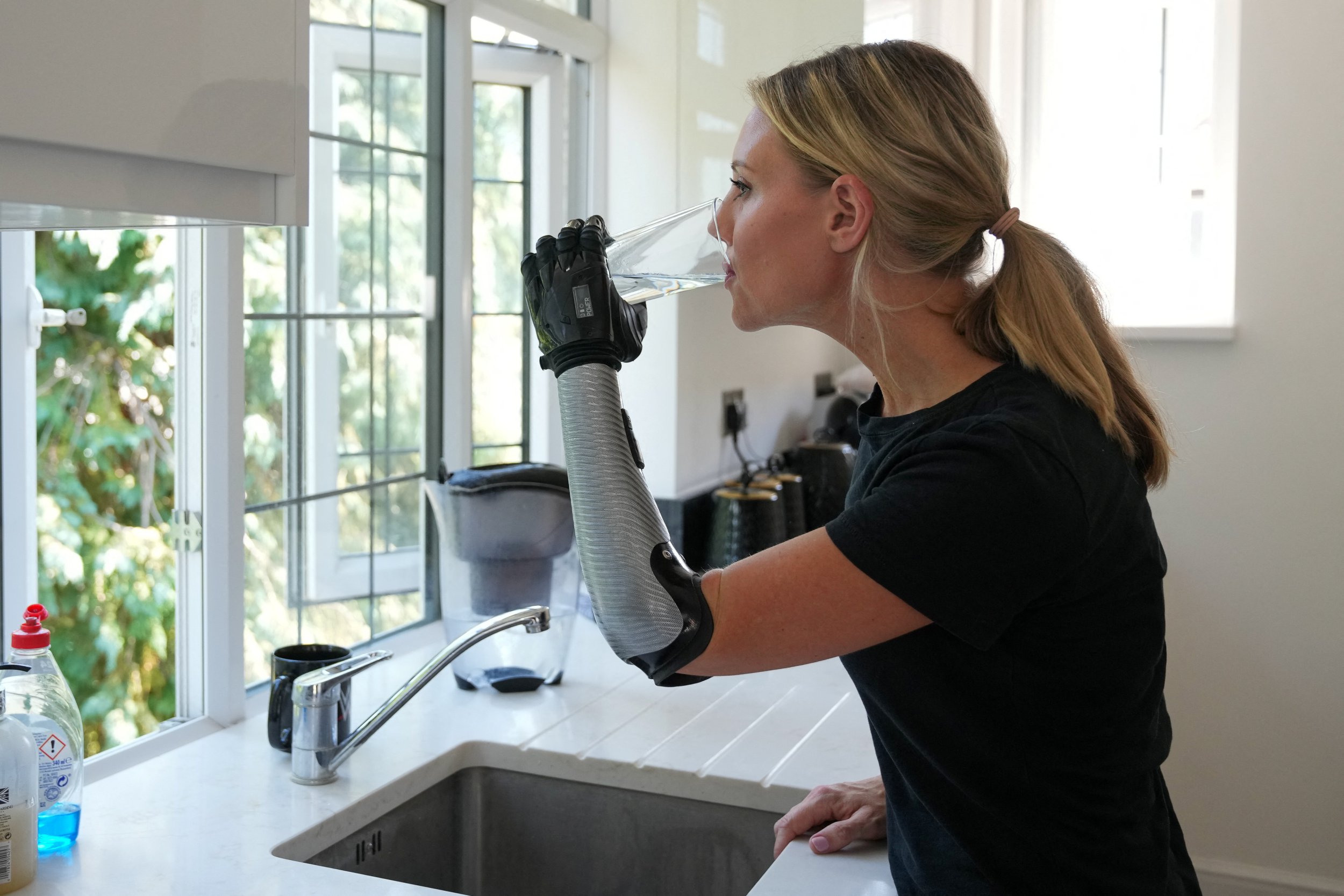 Australian swimmer Jessica Smith has been fitted with a British bionic hand that can be updated remotely anywhere in the world.

The 2004 Athens Paralympian was born without a left hand and a childhood accident left her with an uneasy relationship with prosthetics.

Covvi, based in Leeds has created the Nexus hand, a Bionic device that converts electrical impulses from the muscles in the upper arm into movement powered by motors in the hand.

The bionic arm allows a user can hold a glass, open a door or pick up an egg. The device can also be updated with new gestures, anytime, anywhere.

Smith, who is also a speaker and children’s author said Covvi was already creating new movements for her.

‘I’ve had a few kids ask if I can do different hand gestures, some polite some not so polite,’ she said. ‘I asked Covvi this morning, and I know that will be done in the next couple of hours.’

Smith, who was fitted with the device in April at the age of 37, said the tech was not just changing her life but the lives of her three children.

‘They think it’s amazing and I’m like half human-half robot,’ she said.

The ‘bionic’ appearance of the hand has become an attraction, giving her pride in her difference.

‘I’m not trying to hide who I am,’ she said. ‘I’m adding and expanding on who I am by being able to access technology that’s never been available before.’

Simon Pollard, who founded Covvi five years ago, said he wanted to add bluetooth to the device to allow the company’s specialists to update it via an app.

‘The fact we can change some of the things that the customer wants remotely is a really powerful thing and a first to market,’ the chief executive said.

Some rival bionic hands can be app-controlled, but Pollard said the ability to talk to a single device set the Nexus apart.

Covvi had so far signed up 27 distributors globally, including in Australia, China and the United States, and aims to increase monthly production to 100.