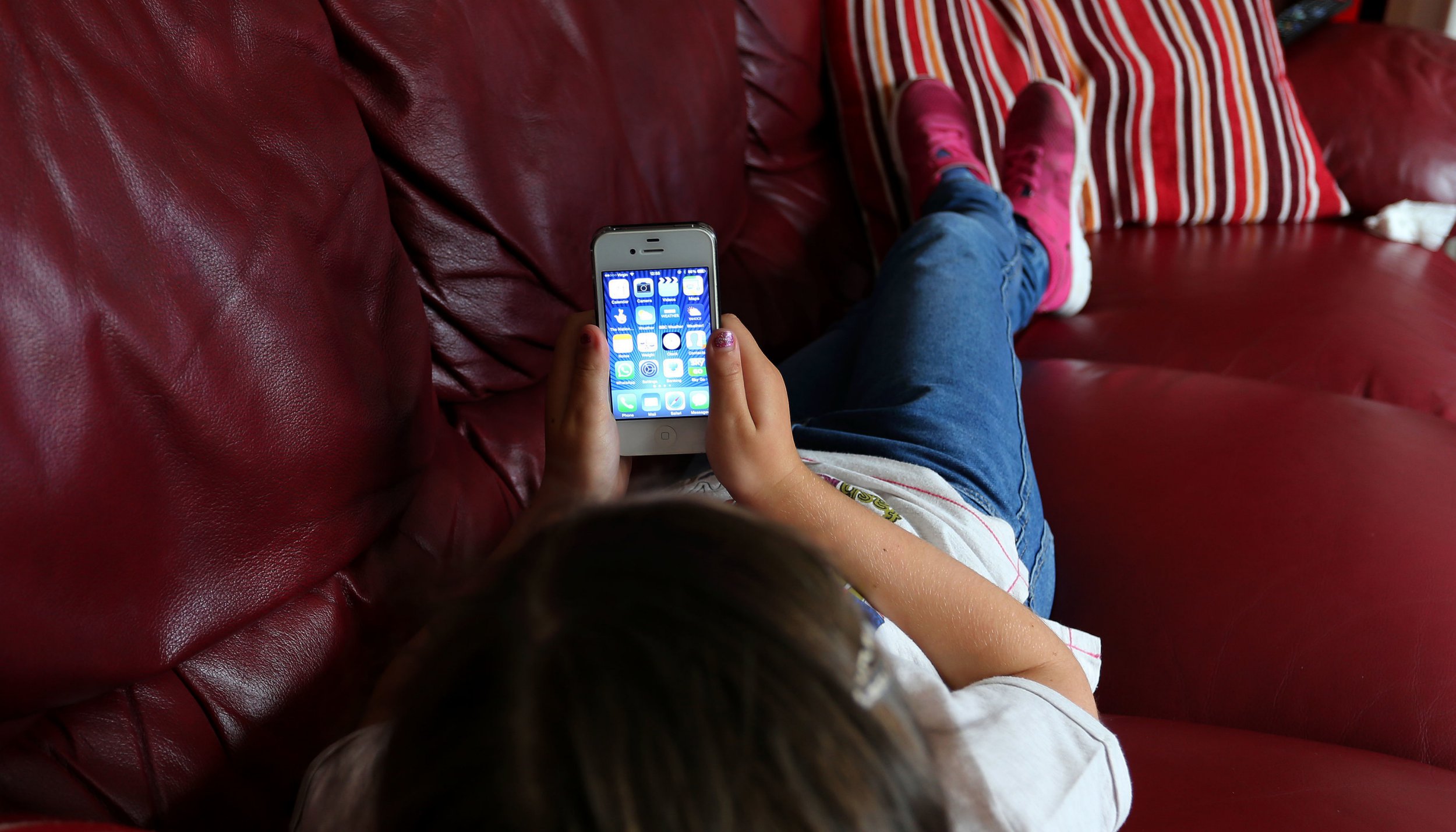 Blue light from phones and tablets may alter hormone levels and increase the risk of early puberty in children, early research suggests.

It is thought that blue light supresses the secretion of melatonin – a hormone that helps control sleep cycle and is also associated with delaying the start of puberty in young children.

But as children get older, their melatonin levels drop naturally to allow the onset of puberty.

Their findings come from a rat study presented at the 60th Annual European Society for Paediatric Endocrinology Meeting.

Dr Aylin Kilinc Ugurlu, from Ankara City Hospital in Turkey, one of the researchers involved, said: ‘As this a rat study, we can’t be sure that these findings would be replicated in children but these data suggest that blue light exposure could be considered as a risk factor for earlier puberty onset.’

The researchers used a rat model to see whether blue light exposure had any effect on reproductive hormone levels and the time of puberty onset in female rodents.

The lab creatures were divided into three groups of six and exposed to either a normal light cycle, or six hours or 12 hours of blue light.

The team found that the first signs of puberty were ‘significantly earlier’ in the two groups exposed to blue light.

They also found that the longer the duration of exposure, the earlier the onset of puberty.

There were also physical changes in their ovarian tissue, with signs of cell damage and inflammation.

Dr Kilinc Ugurlu said: ‘We have found that blue light exposure, sufficient to alter melatonin levels, is also able to alter reproductive hormone levels and cause earlier puberty onset in our rat model.’

The researchers said their findings merit further investigation into the potential impacts of blue light exposure on hormone levels and puberty onset in children.

Dr Kilinc Ugurlu added: ‘Although not conclusive, we would advise that the use of blue light emitting devices should be minimised in pre-pubertal children, especially in the evening when exposure may have the most hormone-altering effects.’


MORE : Brazil won’t let Apple sell iPhones until it puts a charger back in the box