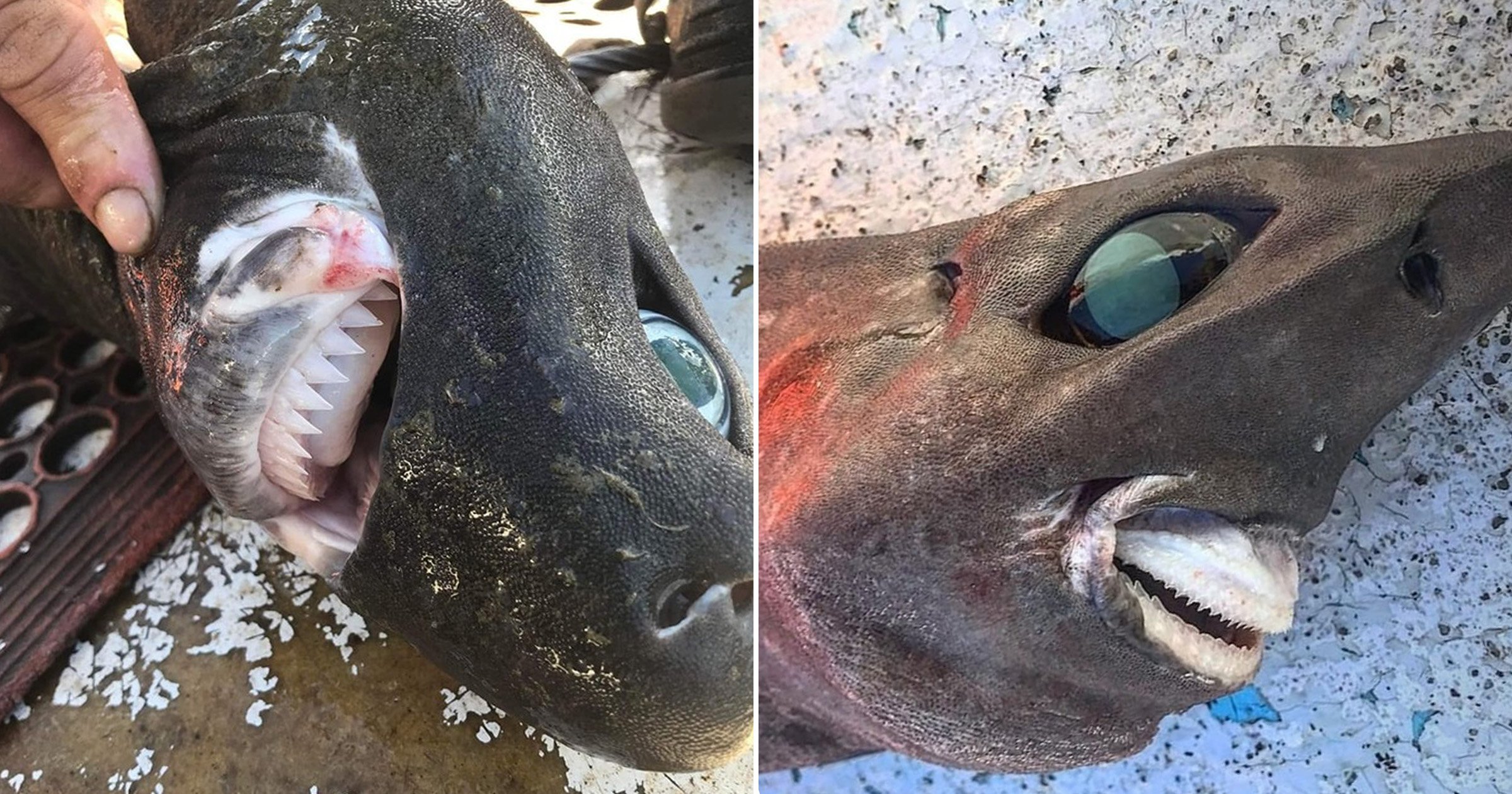 The deep sea is home to strange and terrifying-looking creatures which we get a rare glimpse of when they’re caught in commercial fishing trawlers.

Last week, an Australian fisherman shared pictures of a deep-sea shark with a protruding mouth and teeth and a pointed nose.

Trapman Bermagui, a Sydney-based fisherman, shared pictures of the bizarre animal on Facebook captioned, ‘The face of a deep sea rough skin shark. All the way from 650m.’

‘Totally not a cookiecutter. It’s a rough skin shark, also known as a species of endeavour dog shark.

He then shared of picture of a cookiecutter shark’s mouth to show the difference.

‘The one on the picture was different than this. Also it was about 15kg and 5 foot long,’ he said.

‘These sharks are common in depths greater than 600 meters. We catch them in the wintertime usually,’

The image caused a buzz on social media as people marvelled at the sea creature’s freakish appearance.

‘In my deep-sea research, we have caught quite a few of them in the Gulf of Mexico and in the Bahamas,’ told Dean Grubbs, associate director of research at the Florida State University Coastal and Marine Laboratory.

These dogfish belong to the family Somniosidae or Sleeper Sharks, the same family as the Greenland Shark.

Days later, Bermagui posted a snap of another deep sea creature that looked just as weird.

‘Another crazy looking deep water shark. This one was caught by a fellow fisherman off JB,’ wrote Bermagui.

Deep sea creatures live in extreme environments that could crush normal animals or even marine life. The atmospheric pressure where these animals live is around hundreds of bars with little to no oxygen or sunlight.

Living in conditions where food is scarce, these creatures understandably never come to the surface.


MORE : Moment massive shark jumps out of water at fishermen on boat