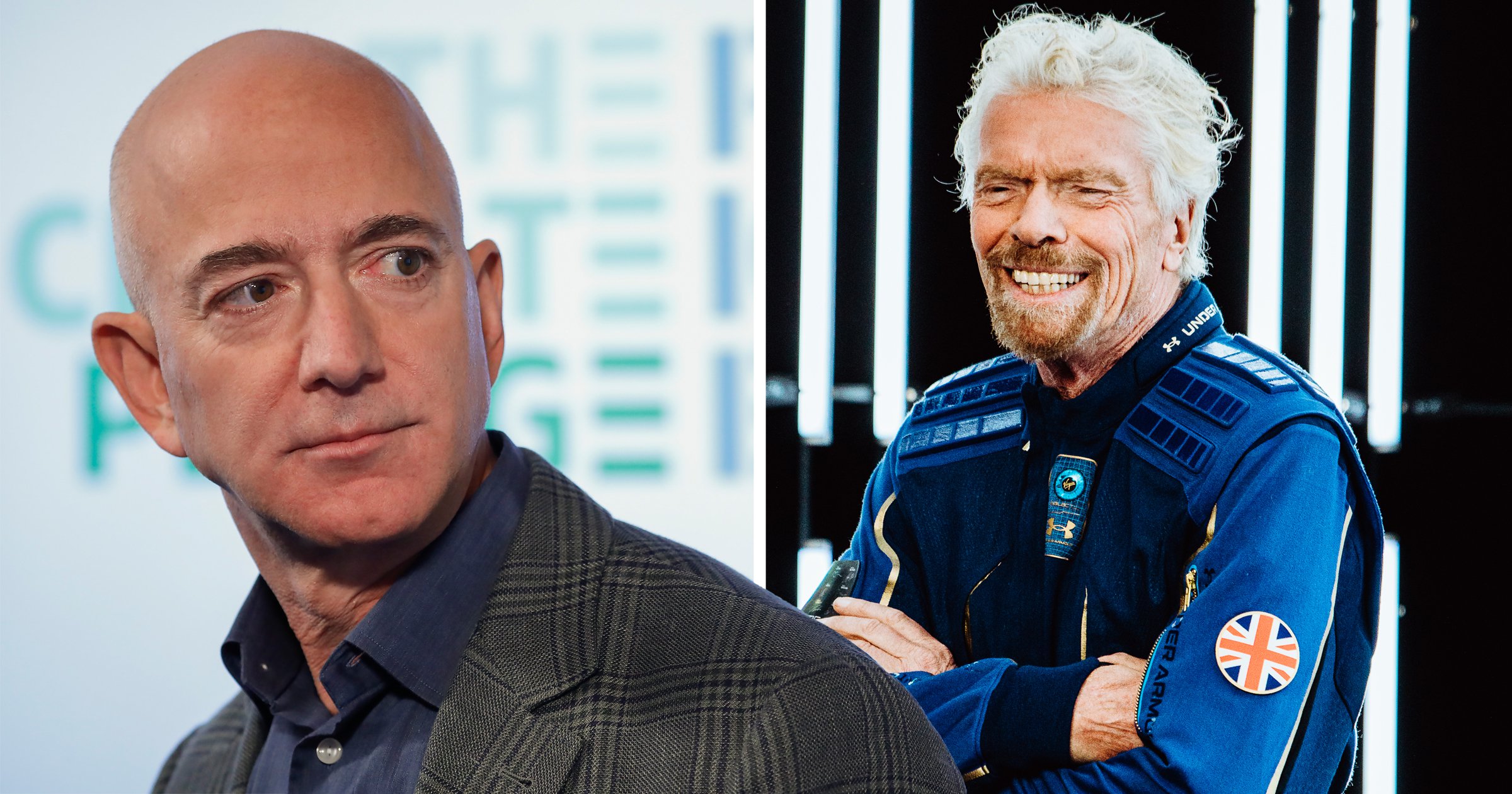 Billionaires across the globe are ‘plundering the planet’ and placing the world in ‘graver danger’ from climate change, campaigners have warned.

Jamie Livingstone, the head of Oxfam Scotland, hit out as new research showed that by the end of this decade the carbon footprints of the richest 1% of people on Earth are set to be 30 times greater than what is compatible with keeping global warming below 1.5 degrees.

The authors of a new report have called for governments to bring in measures to ‘constrain luxury carbon consumption like mega yachts, private jets and space travel’.

It comes after earlier this year Amazon founder Jeff Bezos made a short trip into space, Sir Richard Branson journeyed to the edge of space in his Virgin Galactic rocket plane, while Elon Musk’s private spaceflight company SpaceX is developing a vehicle to take humans to Mars.

However scientists say that to achieve the goal agreed at the Paris climate summit in 2015, every person on earth would need to limit their CO2 emissions to just 2.3 tonnes by 2030 – roughly half the average carbon footprint today.

A new study for Oxfam, based on research by the Institute for European Environmental Policy (IEEP) and the Stockholm Environment Institute (SEI), found that the richest 1% of people are set to exceed this limit by 30 times.

Meanwhile the total emissions produced by the richest 10% could be sufficient on their own to exceed the aligned level for 1.5 degrees in 2030, regardless of what the other 90% of people do.

Mr Livingstone said: ‘The luxury lifestyles and continued plundering of the planet by the world’s richest people are placing us all in ever graver peril.

‘The emissions from a single billionaire space flight would exceed the lifetime emissions of someone in the poorest billion people on earth.

‘No one is immune from the impact of the climate emergency, but it’s the world’s poorest who are paying the heaviest price despite contributing least emissions as they battle floods, famines and cyclones.’

With the new study released during the Cop26 climate summit in Glasgow, as countries from across the world discuss how they can best curb emissions, Mr Livingstone said the massive gathering was a ‘moment of truth in the fight against climate change’.

He demanded: ‘Global leaders must agree ways to curb excessive emissions and limit global heating and they must do it here and now in Glasgow. Delay costs lives.’

Oxfam is calling on nations across the globe to commit to making deeper emissions cuts by 2030, but also ensuring that the richest people make the most radical cuts.

The charity argues that the richest citizens could dramatically speed up action against global warming by not only leading greener lifestyles, but also using their political influence and investments to drive a more low carbon economy.

Tim Gore, author of the new study and head of the low carbon and circular economy programme at IEEP, said: ‘The global emissions gap to keep the 1.5C Paris goal alive is not the result of the consumption of most of the world’s people – it reflects instead the excessive emissions of just the richest citizens on the planet.

‘To close the emissions gap by 2030, it is necessary for governments to target measures at their richest, highest emitters – the climate and inequality crises should be tackled together.

‘That includes both measures to constrain luxury carbon consumption like mega yachts, private jets and space travel, and to curb climate-intensive investments like stock-holdings in fossil fuel industries.’

But Professor Len Shackleton, from the Institute of Economic Affairs think tank, said: ‘Oxfam’s proposals are extremely dangerous in setting a precedent for governments to interfere in private activities on the basis of vague assertions about damage to the planet.

‘While it is hardly surprising that billionaires have a larger carbon footprint than the rest of us, it is also true that even the poorest person in the UK has a much higher footprint than a poor person in sub-Saharan Africa.

‘The same specious reasoning could be used to forbid ordinary people from holidaying abroad, driving a car, having baths instead of showers, or eating meat.’

He added: ‘This is just another piece of anti-rich ‘research’ from a charity which would be better engaged sticking to its original and laudable objectives in relieving poverty, rather than engaging in stunts like this.’


MORE : Elon Musk richer than any billionaire ever after gaining $36 billion in a day on Hertz order