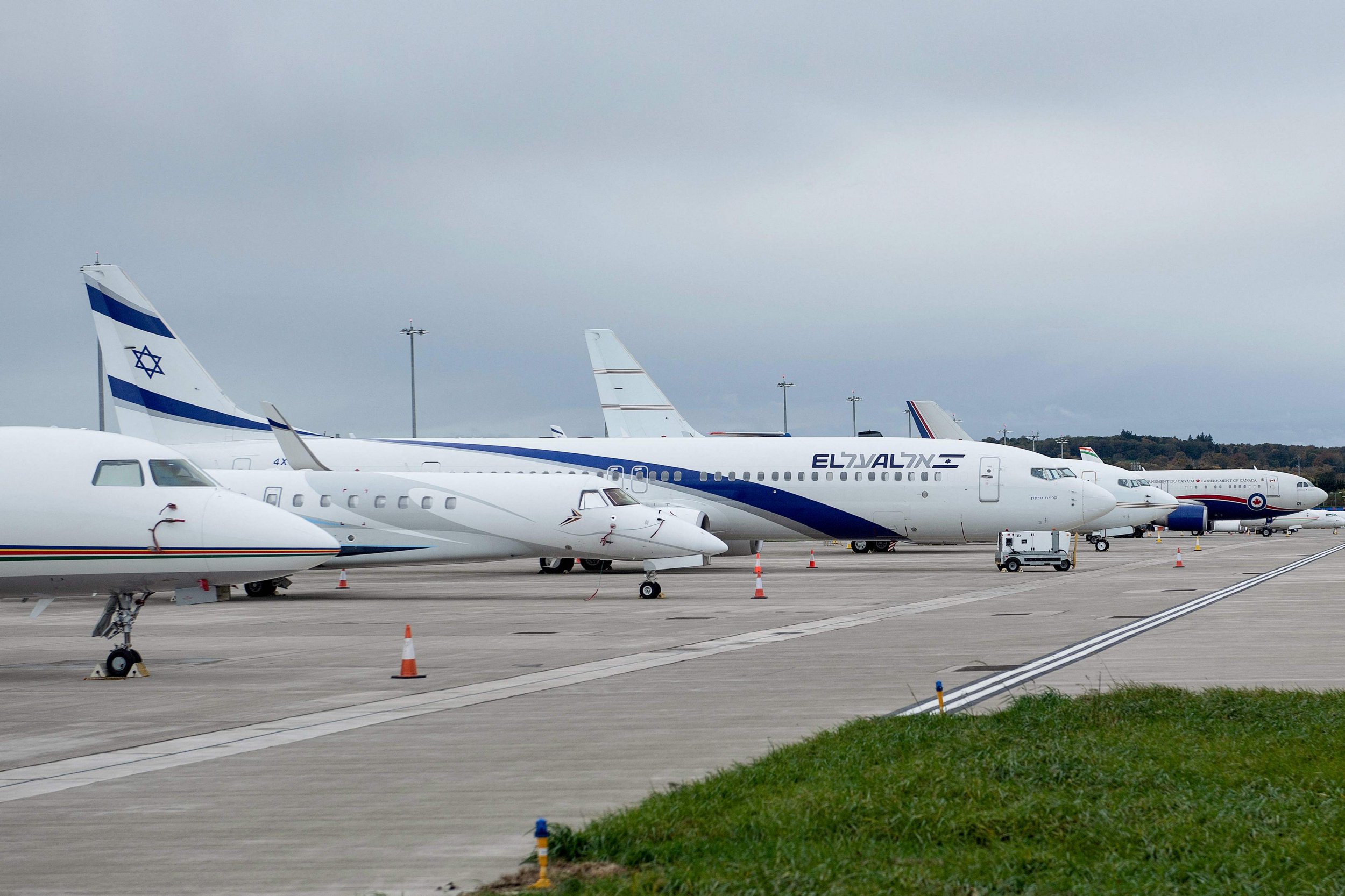 Businessmen and dignitaries have been taking polluting private jets to get to Glasgow for the Cop26 climate conference.

Amazon founder Jeff Bezos arrived in a £48 million Gulfstream followed by dozens of others all intent on discussing how we can limit our impact on the environment.

According to a report in MailOnline, over 400 private jets arrived in Scotland for the conference, causing a traffic jam that forced empty planes to fly 30 miles to find a space to park.

Crucially, one of the messages coming from the climate talks is that we should all fly less to try and cut down on emissions.

‘MailOnline observed at least 52 private jets landing at Glasgow – while estimates put the total number flying in for the conference at 400,’ the site reported.

‘Conservative predictions suggest the fleet of private jets arriving for Cop26 will blast out 13,000 tonnes of carbon dioxide in total – equivalent to the amount consumed by more than 1,600 Britons in a year.’

Private jets kick out more pollution than commercial planes, cars or trains, with the typical one belching out two tonnes of carbon dioxide every hour.

Boris Johnson opened the event by telling delegates we are currently ‘quilting the earth in an invisible and suffocating blanket of CO2, raising the temperature of the planet with a speed and abruptness that is entirely man-made’.

Meanwhile, Bezos – the second richest man in the world – arrived in Glasgow after celebrating Microsoft founder Bill Gates’ 66th birthday on a £2million-a-week superyacht off the coast of Turkey.

The richest 1 per cent of people in Britain each produce 11 times the amount of carbon emissions of someone in the poorest half of the British population, according to Oxfam. Their carbon footprint is six times the national average.

Danny Sriskandarajah, chief executive of Oxfam GB, said: ‘In the UK and around the world we see the same picture – a minority of elite emitters produce far more carbon than poorer communities. Extreme weather and record temperatures are forcing people from their homes and destroying their crops. It can’t be right that the poorest people in the world are being forced to pay the bill run up by the wealthiest.

‘It is vital that our recovery from COVID-19 not only sets the UK on track to net zero emissions, but also rebalances our economy and society, so that the benefits of new green jobs, improved health and cleaner air are enjoyed by all. As the host of pivotal UN climate talks, it’s vital the UK Government drives ambitious new emission reduction commitments, and an increase in support to help developing countries cope with climate change.’

Oxfam’s analysis showed the wealthiest 1 per cent were the only group in the UK whose total consumption emissions remained stable between 1990 and 2015.

All other income groups reduced their carbon footprint over the period, while emissions across the population as a whole fell by 12 per cent.

Some 200 nations from around the world have sent delegates to COP26 to discuss how to cut emissions and limit global temperatures from rising beyond 1.5°C.

The conference is being seen by many as the last chance to tackle global warming.


MORE : Huge queues in the cold and fears of mass protests as COP26 gets underway


MORE : Good COP or Bad COP? Here are the outcomes we are likely to see at COP26