Home Tech News BBC ‘blocked in Russia’ after being criticised by Kremlin for coverage of...
Tech News 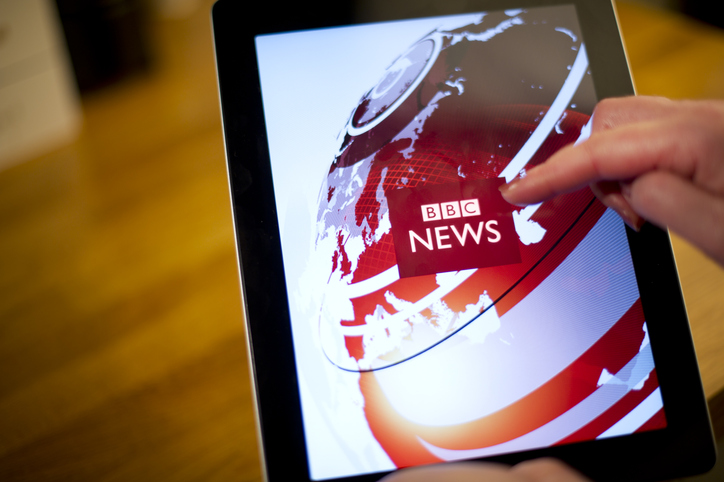 There have been reports of problems accessing the BBC website in Russia after the Kremlin criticised its coverage of the conflict in Ukraine.

BBC Russia has said that people have had trouble accessing its website in the country, however they added that the domain has not been added to the registry of banned sites by the Kremlin.

There has been no confirmation if the Kremlin has banned the BBC, however it comes after criticism that it ‘plays a determined role in undermining the Russian stability and security’.

According to a tweet posted by BBC Russia in Russian and translated into English, Meta (formerly known as Facebook) also appears to be blocked in the country.

The series of tweets told its followers: ‘Block tracking services report that there are problems accessing the BBC Russian Service website in Russia.

‘The domain https://bbc.com is not listed in Roskomnadzor’s registry of banned sites.’

A BBC spokesperson told Metro.co.uk: ‘Access to accurate, independent information is a fundamental human right which should not be denied to the people of Russia, millions of whom rely on BBC News every week.

‘We will continue our efforts to make BBC News available in Russia, and across the rest of the world.’

Roskomnadzor is the Kremlin’s Federal Service for Supervision of Communications, Information Technology and Mass Media which keeps a list of sites that are banned in the country.

Among the blocked sites are the Russian and English-language online newspaper and news aggregator Meduza, the US government-funded broadcaster Radio Liberty and Google Play.

Foreign ministry spokeswoman Maria Zakharova spoke out to condemn calls from UK Government figures to ban the Kremlin-backed state broadcaster RT and Sputnik, claiming the world was not being shown Russia’s point of view and Western media was only sharing one side of the conflict with Ukraine.

According to a translation from RT, Ms Zakharova said the only reason Russian journalists could still work in the UK was ‘related to London fears that (the) BBC might be targeted in Russia because it plays a determined role in undermining the Russian stability and security.’

She added: ‘We haven’t invented that because it stems from the statement by the British Foreign Secretary Liz Truss.’

A spokesperson for the Prime Minister responded to her comments, saying: ‘You know the PM’s spoken before about the importance of an independent press and the fact that it’s important that the BBC is editorially independent and can continue to do the excellent work that they do.’

UK television watchdog Ofcom has opened 27 investigations into the ‘due impartiality’ of programmes broadcast on RT, formerly known as Russia Today.

Culture Secretary Nadine Dorries said in the House of Commons on Thursday that RT should lose its licence and ‘never again’ be able to broadcast ‘poisonous propaganda’.

Ms Truss had earlier warned that the BBC would risk being shut down in Russia if RT was banned in the UK, adding that ‘careful judgment’ was needed as retaliation against the BBC would harm efforts to ensure Russians ‘hear the truth’ about the invasion of Ukraine.

Russia began a large-scale military invasion of Ukraine on February 24 which is ongoing, with over a million citizens fleeing the country as refugees in the following days as shelling continues in cities across Ukraine.

If you’ve got a celebrity story, video or pictures get in touch with the Metro.co.uk entertainment team by emailing us celebtips@metro.co.uk, calling 020 3615 2145 or by visiting our Submit Stuff page – we’d love to hear from you.


MORE : BBC hit with complaints as Sophie Raworth accused of being ‘aggressive’ to Boris Johnson over partygate