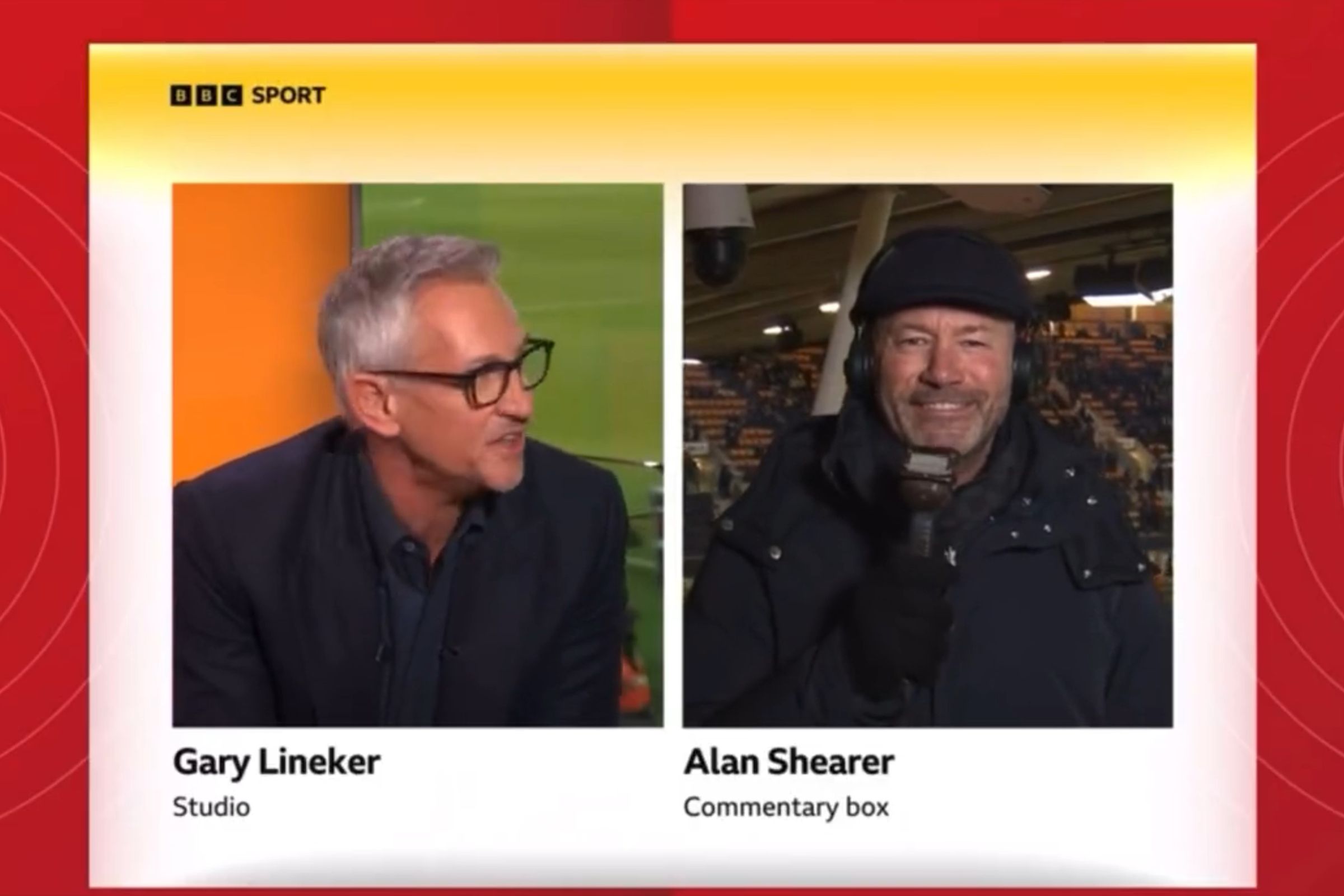 The Brazilian ‘WhatsApp moan’ was played for around 15 minutes of the BBC’s FA Cup soccer match coverage. A concealed mobile device was later discovered on set.

Host Gary Lineker speculated while on air that “Somebody’s sending something on someone’s phone, I think.” While disrupted, the hosts appeared in good spirits during the show, with Lineker later referring to Liverpool’s opening goal as “a screamer … which was not the only one we’ve had tonight.”

Lineker later tweeted an image of a mobile device with adhesive pads attached to it, saying “Well, we found this taped to the back of the set. As sabotage goes it was quite amusing.” The BBC has since issued a statement, saying “We apologise to any viewers offended during the live coverage of the football this evening. We are investigating how this happened.”

YouTuber Daniel Jarvis has claimed he was behind the prank, posting a video on Twitter that appeared to show him outside the BBC studio at Molineux Stadium in Wolverhampton. Jarvis, a member of the YouTube group Trollstation known for its public pranks, was convicted of aggravated trespass last October after he collided with England cricketer Jonny Bairstow while invading the Oval pitch in south London during a Test Match. He was later given an eight-week prison sentence and was banned from attending any venue where a sporting fixture is being held in England and Wales for two years.

After footage of the incident circulated online, Twitter users identified the prank as an established meme in Brazil named ‘gemidão do Zap’ (or the ‘big WhatsApp moan’ — ZapZap being a slang term for WhatsApp). According to a translated Portuguese-language Wikipedia article, the prank involves sending the audio in question to a victim over social media, embarrassing them if they listen to it in a public place.

Since rising in popularity in the mid-2010s, the prank has been used to target public events and live TV broadcasts, notably disrupting a speech from Brazillian Senator Cássio Cunha Lima during the impeachment vote for Brazilian president Dilma Rousseff in 2016. The prank has also previously targeted the BBC (with Jarvo again taking credit), interrupting a news segment on BBC Breakfast by political correspondent Emma Vardy in 2017.