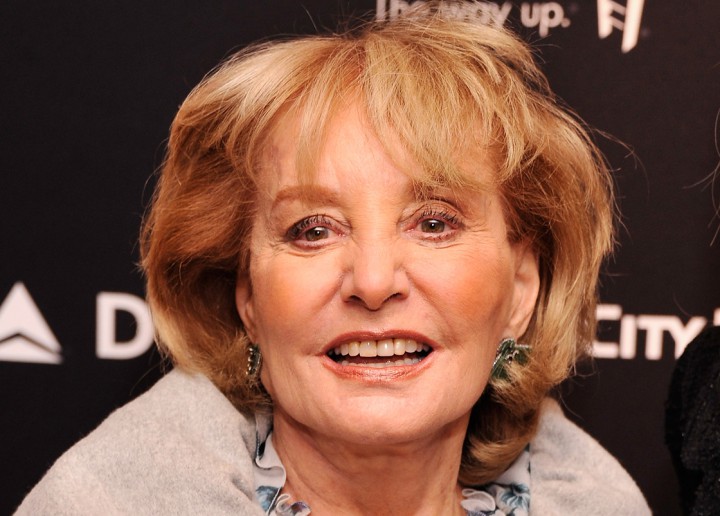 Barbara Walters, a journalist, TV legend and pioneering broadcaster, has died at the age of 93.

In a statement posted to social media, Robert Iger, the CEO of the Walt Disney Company, said Walters passed away at her home in New York on Friday.

“She was a one-of-a-kind reporter who landed many of the most important interviews of our time from heads of state and leaders of regimes to the biggest celebrities and sports icons,” Iger’s statement read.

I have sad news to share today. Barbara Walters passed away this evening at her home in New York. pic.twitter.com/fxSyU6BQk4

“Barbara Walters passed away peacefully in her home surrounded by loved ones. She lived her life with no regrets. She was a trailblazer not only for female journalists, but for all women,” said publicist Cindi Berger in a statement to the Associated Press.

Walters made headlines in 1976 as the first female network news anchor.

She is survived by her only daughter, Jacqueline Danforth.

So often we toss around the words icon, legend, trailblazer – but Barbara Walters was all of these. And perhaps, above all else, Barbara Walters was brave. She paved the way for so many – we learned from her – and remain in awe of her to this day. RIP, Barbara. pic.twitter.com/ovmtCebcGe

Barbara Walters was an American institution. As the first female national news anchor, she opened the door to endless possibilities for so many girls who wanted to work in TV, myself included. Her impact cannot be overstated. I’ll miss you, Barbara. Thank you for everything. pic.twitter.com/HokDilM6Rj

So sad to hear of the passing of Barbara Walters. What an honor to share the set ⁦@ABC⁩ with the inimitable trailblazer when I joined @abc2020. Will never forget the phone call when she asked me to join the groundbreaking program. pic.twitter.com/0zKgKxmayY

Rest In Peace, Barbara Walters. Thanks for helping me find my voice. pic.twitter.com/w6V5KhqMlC

Remembering the celebrities we lost in 2022

Walters started The View in 1997 on ABC with an all-female panel – a show that continues to this day.

She taped her last episode in May, 2014, which ended a five-decade career in television. However, she did continue to make appearances on TV.

While Walters is remembered for blazing a trail for female journalists and broadcasters, it was not an easy road for her to navigate.

She was first hired in 1961 by NBC for a short-term writing project on the Today show. Shortly after that, she was given some opportunities on television with offbeat and quirky stories but it was her knack for securing first interviews with notable people that really put her on the map.

She had the first interview with Rose Kennedy after the assassination of her son, Robert, along with Princess Grace of Monaco, President Richard Nixon and many others.

It wasn’t until ABC News gained a new president, Roone Arledge, that Walters moved from being a co-anchor into special projects for the network.

She then became a frequent contributor to the news magazine, 20/20 and became a co-host of the popular show in 1984.

-With files from The Associated Press