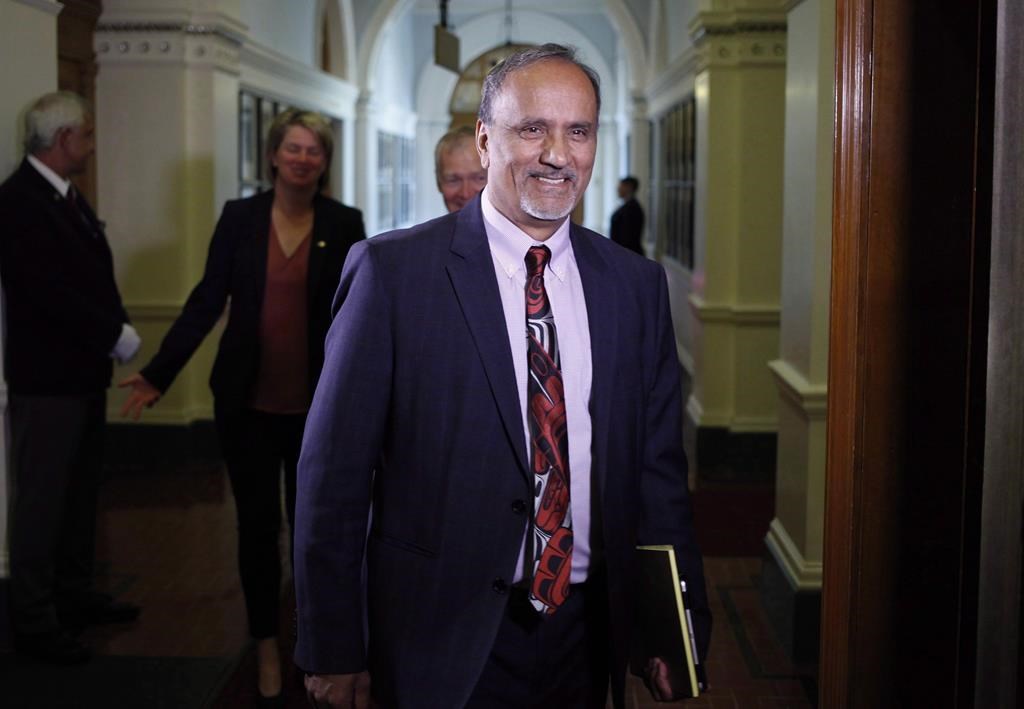 A B.C. woman was shocked to recently discover a new charge on her restaurant bill.

Ann Hardy and her husband went out for lunch last week to 10 Acres in Victoria.

They shared a meat and cheese plate and two drinks and when it came time to pay, Hardy said her husband noticed there was a charge of $1.25 for something called EHB. She said when they asked their server, they were told that was for Employee Health Benefits.

Last November, the B.C. government announced it was going to become the first province in Canada to implement a permanent paid sick leave program.

All workers in B.C. are eligible for five days of sick pay and businesses are legally required to provide the days to their employees.

At the time, some small business owners said this was an additional financial burden passed on to them from the government without any additional support.

“I think it’s great that employees are getting health benefits but I don’t think the customers should have to pay directly,” Hardy said.

She said they have never come across this issue before and think that the business should build the cost into the overall financial plan and not pass it on to the customers.

“I think it’s disgusting, quite frankly. I don’t like it.”

Hardy added that they were never told before dining that there would be this charge and they did not offer to remove it.


In a statement to Global News, management at 10 Acres said health benefits became an employer cost in 2020 and then the five days of paid sick leave was added in 2021.

“While we support our employees and want them to enjoy those benefits, these costs also need to be passed on,” the company said. “Most customers recognize rising inflation, be it wages or food and supply costs, as a reason to increase prices.

“We felt consumers would not necessarily realize the cost associated with health care benefits, therefore we decided rather than rolling them into inflation price increases, we would include a service charge.”

They continued on to say only a handful of people over the past eight months have noticed the two per cent charge and been unhappy with it. “If a customer is unhappy with the charge and would like to opt-out, we are willing to honour that and remove it from their bill,” 10 Acres said.


“I think it smacks of being quite sneaky actually,” Hardy added. “I think they should build it into their plan because most companies do that. Why should restaurants be the exception?”

Ravi Kahlon, Minister of Jobs, Economic Recovery and Innovation, said in a statement that this is not actually a valid tax and there are rules that govern any kind of surcharge to ensure clarity for customers.

“Our government has provided significant supports to small businesses: making the food delivery fee cap permanent, half a billion dollars in grants during COVID-19, the small business tax rate and saving restaurants up to 20 per cent by allowing them to purchase alcohol at wholesale prices. We’re going to continue to support small businesses while ensuring workers get the supports they need.”


Ian Tostenson, president and CEO of the B.C. Restaurant and Food Services Association said this EHB charge is not a usual practice in B.C. but it is more common in other parts of the world, such as California.

“The convention is that it would get absorbed into the cost of the meal, not as an add-on, typically,” he said.

“I think that by doing this, the other side of that is that you’re being completely wide open to your guests and all the charges.”

Although, he added it might make people feel uncomfortable about asking about charges on their bills.

“Most people don’t look at their bill,” Tostenson said. “I don’t think it’s sneaky, it’s there if they ask about it.

“Most things get rolled around into the overall price, end of story.”

For Hardy, she said she will not be going back to the restaurant.