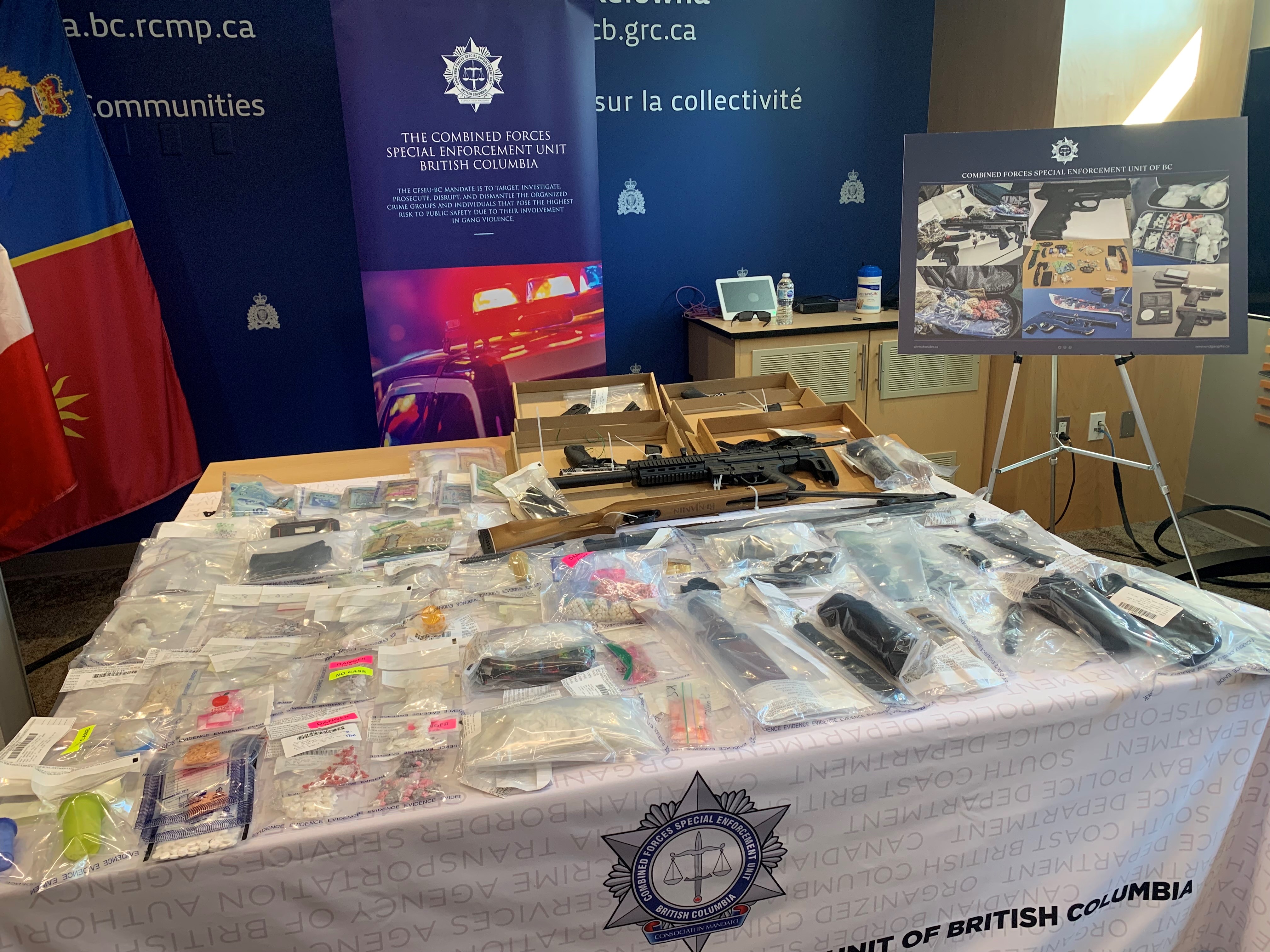 CFSEU-BC Supt. Alison Laurin made the remark at a Kelowna press conference on Wednesday where police laid out the results of a summer gang enforcement blitz in the B.C. Interior.

‘Equivalent to 29,000 lethal doses of fentanyl’ seized in the Okanagan during: BC CFSEU

“We know from individuals trying to leave the gang life that one of the top reasons youth become involved in gangs is for a sense of belonging. They are drawn in by the myth of easy money and a false sense of loyalty from the group,” Laurin said.

“Gangs use many tactics including music videos and social media as well as more traditional methods such as blackmail, creating indebtedness or participation in violence to recruit new members.”

Laurin’s message to the community is that there is a role for the public to play in tackling organized crime.

“As a community we need to make sure our youth are able to find a sense of belonging in other ways whether it is through strong positive family bonds, sports and a connection to school and education, a job or a social club,” Laurin said.

“The police alone cannot end gang life and we need the support of the communities of the Thompson-Okanagan.”

“You can help the police by calling us and telling us what you know. Every piece of intelligence assists in our investigations and provides police an opportunity to discuss with you options for getting your friend or family member out of the gang life,” Laurin said.

Meanwhile, CFSEU-BC also noticed a concerning trend in the firearms they were seizing during the summer gang enforcement activities in the Okanagan and Kamloops areas: airsoft guns that had been converted to fire live ammunition.

“This is an area of significant concern as airsoft style firearms are typically much easier to obtain and subject to less regulation,” said Laurin.

RCMP have previously raised concerns about the issues posed by airsoft guns as they can be easily confused with real firearms.

2:04
Airsoft industry up in arms over firearms legislation