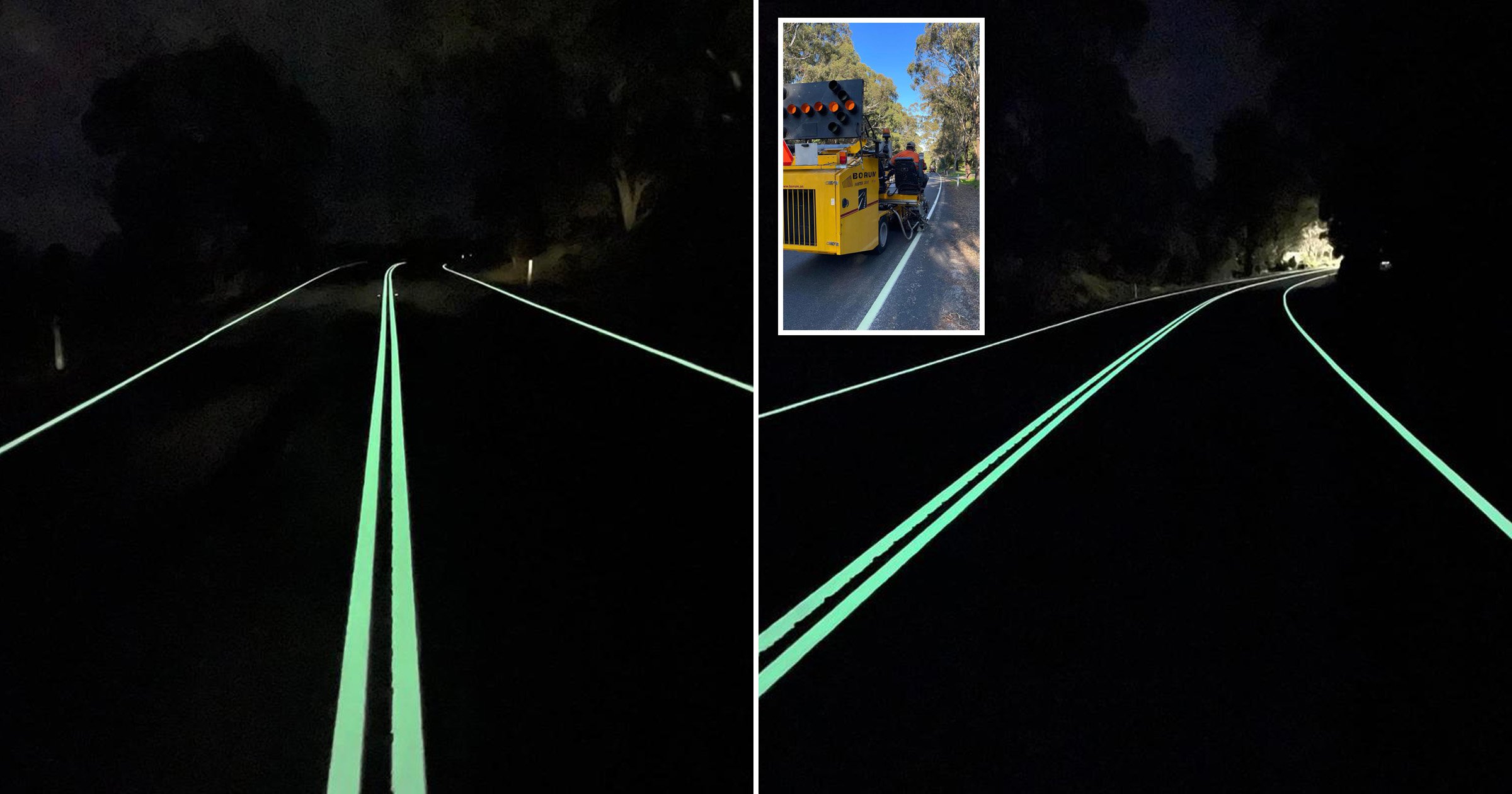 These pictures of a luminous Australian highway can be mistaken for something out of the sci-fi movie Tron.

Images of the glow-in-the-dark lane markings, spanning across a one-kilometre stretch of highway in southeast Victoria, went viral on social media this month, with nearly 100,000 shares on Facebook.

The photoluminescent markings are part of a recent ‘trial run’ by Tarmac Linemarking, a road construction company based in Victoria, Australia.

Thanks to a new $4 million government program that seeks out innovative new ideas to make the region safer, these glow-in-the-dark highway lines are being tested.

Luminous road markings are supposed to improve the visibility of nearby signs, and clearly illustrate upcoming intersections and curves for drivers.

The markings use the science behind the simple photoluminescence found in glow-in-the-dark children’s stickers, toys and watches.

The coating absorbs energy from light throughout the day and releases it during the night, giving the coating its glowing effect.

After a sunny day, the light should last ‘most of the night’, according to a company spokesperson speaking to News.com.au. However, it’s unclear how the markings would do on an overcast day.

Tarmac Linemarking’s John Emanuelli, told News.com.au that since the trial photos went viral he has been inundated with businesses and councils looking to have their paths illuminated with his technology.

‘There’s been a lot of interest since the trial run, it’s a great product,’ he said.

The Victoria government is also looking at LED-lit pavements for intersections and inventions that could improve the reach of reflective markings.

This is not the first time photoluminescent markings have been used to make roads safer. In 2014, glow-in-the-dark roads were unveiled in the Netherlands.

iOS 16 has been available for two weeks, and while the update introduced several new features, it also caused many bugs for iPhone users...
Read more