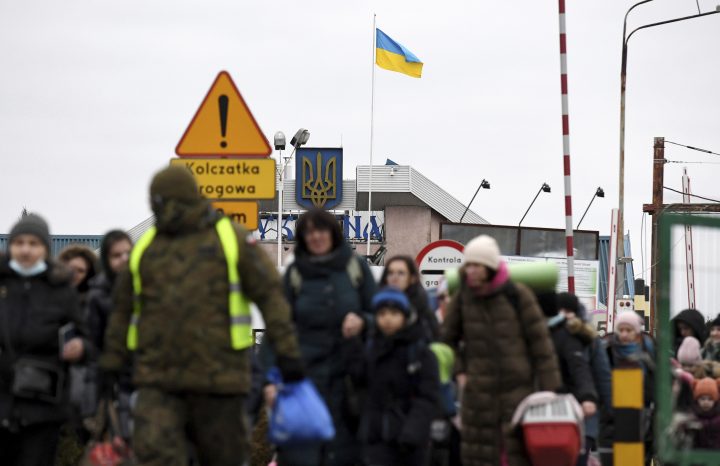 A New Brunswick artist has once again amazed his community with a new larger-than-life snow sculpture.

“I want the kids to be able to play (when they) go there,” Brideau said.

It took Brideau eight days to complete the figure, working 10-15 hours a day.

The sculpture is made nearly entirely from snow, with several wooden pallets propping it up and giving it height.

Brideau said he first puts a wooden frame in the ground and then pats on chunks of snow. He uses a chainsaw to sculpt the snow.

Though 95 per cent of the work was done by him, Brideau said he had a few helpers.

“My kids helped me … to make the wood walls,” he said, adding some friends also helped him out a bit.

For paint, Brideau said he uses watered-down acrylic, though colour often fades in the sun.

This is his tenth year of snow sculpting, though he began doing giant pieces about five years ago.

In past years, he’s created a 75-foot-long dragon sculpture, and ones inspired by Toy Story, Minecraft and Mario Bros. among others.

The 48-year-old’s sculptures gather a crowd every year.

“People from all around (are) coming down to see,” Brideau said. “That’s the the most enjoyable time of the sculpture.”

What inspired him to start this hobby was Caraquet’s excess of snow, he joked. But, it was also a fun activity to do with his kids, for the community to enjoy.

The giant Lego-inspired sculpture was completed around 2:30 a.m. Saturday, said Brideau. His children haven’t had a chance to see it yet, but he says “they’re used to it.”

After sharing the finished piece on Facebook, more than a hundrend users rushed to the comments to show their support.

“That makes me feel good,” Brideau said of the support.

This character is only the first part of Brideau’s plan for a Lego-themed snow exhibit for Congé de mars.

Brideau still plans to create a large Lego-inspired block and several more figures which will be about six feet tall, he said.

“I would like to see a lot of people be able to play in the snow,” he said. “That’s a good way to get out, instead (of being) on the TV or the video games, to make a community-used project.”