Artificial intelligence means drones can dodge through forests at 25mph 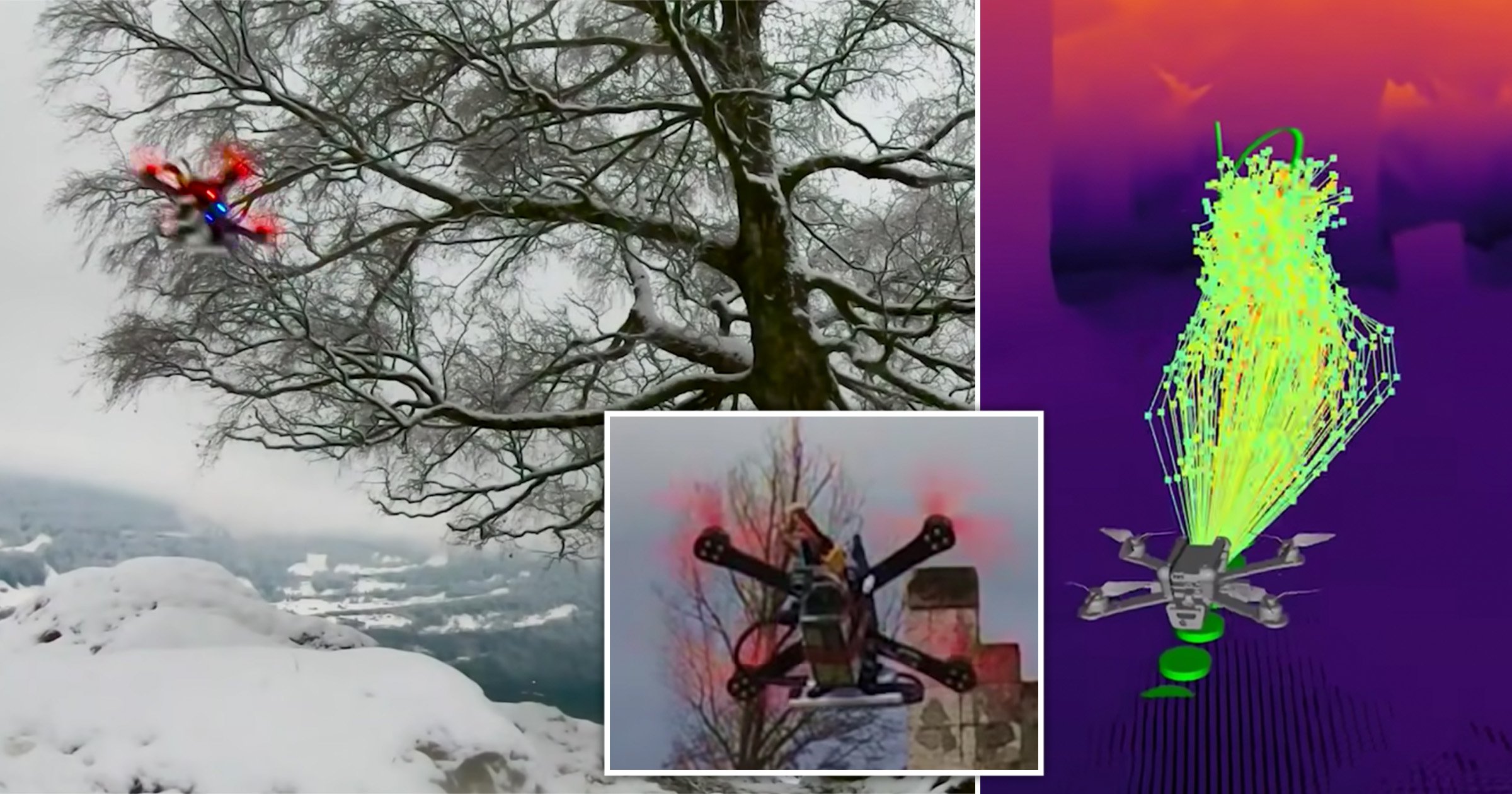 Any dystopian sci-fi film needs a scene with our heroes are pursued at high speed by nefarious drones intent on killing them.

Because it’s fiction, these drones can nimbly thread their way past obstacles like trees and buildings.

It’s never quite been like that in real life. Until now.

Researchers at the University of Zurich have developed a new kind of artificial intelligence that enables quadcopters to hit high speeds while flying through unpredictable natural environments.

The machines can zip through forests or over mountainous terrain at speeds of up to 40kph – around 25mph.

To achieve this, the university team used an algorithm to pilot a drone through a simulated environment with a lot of complex obstacles. They took the data and fed it into a neural network that would then predict a flight path based on information from the drone’s sensors.

Then they moved to real-world environments like forests and ruined buildings to test it out and train the neural network even further.

It’s all about reducing the amount of latency in the drone reacting to what its sensors are telling it.

While the fruits of this work are for academic purposes, we wouldn’t be surprised if some way down the line a shadowy general turns up in Zurich wanting to know about military application of this technology.


MORE : Royal Mail is turning to drones to deliver the post