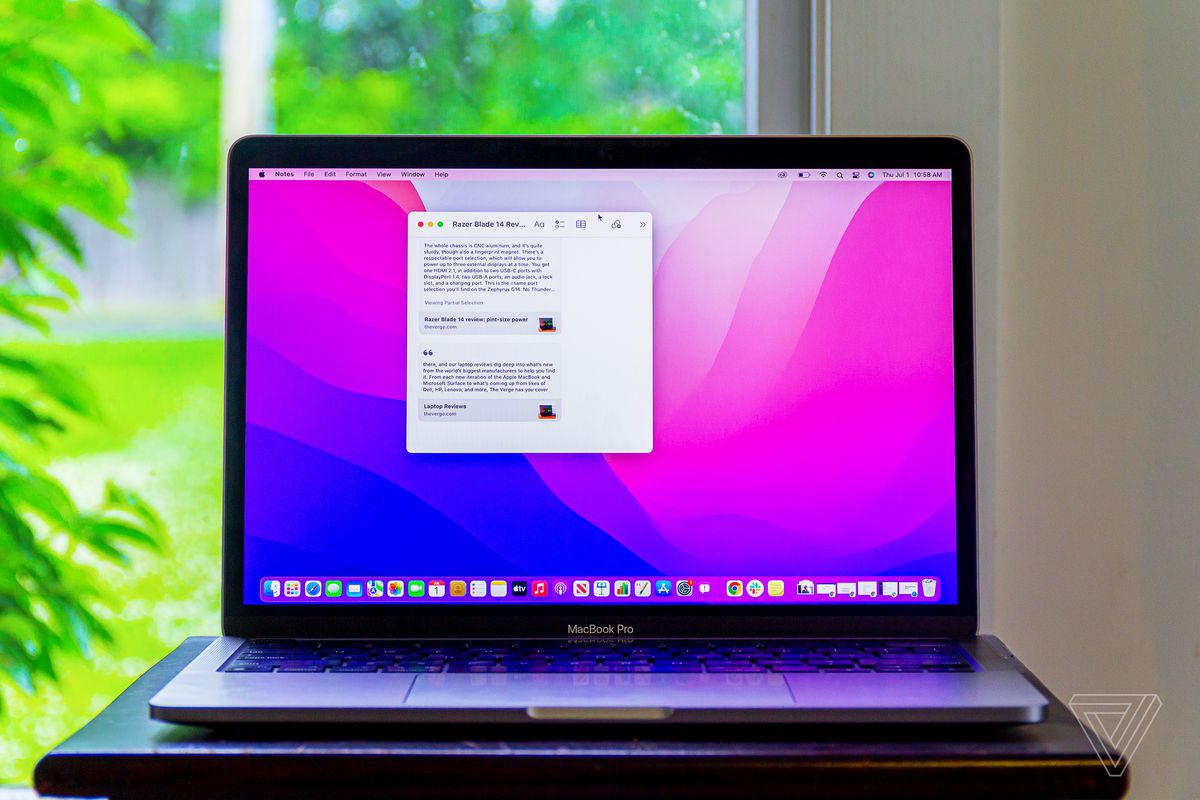 Apple’s fall software updates, iOS 15 and macOS Monterey, are officially out in the world for everyone. But Apple’s latest software has arrived with more of a whimper than a bang; the two updates aren’t so much bad as they are boring. Which has me wondering: why is Apple still clinging to its annual release schedule at all?

There are two problems that Apple’s annual cadence causes. The first, as is the case this year, is that iOS and macOS are increasingly mature operating systems with fewer issues to fix or missing features to add. Which, in turn, means that there are fewer opportunities for sweeping upgrades like there were in the early days when the iPhone getting copy and paste support was headline news. Short of Apple changing its mind about how its operating systems and the rules that govern it work — like when it allowed for third-party email and browser apps in iOS 14 — there’s just less room for big additions.

Second is the fact that — because Apple silos off virtually all its updates, big or small, to help pad out the “big” iOS release — smaller but useful quality of life improvements often get stuck waiting around months for the fall cycle to line up.

Take iOS 15, which added a grid view and the ability to blur a background in FaceTime, core features that have already been a key part of Zoom and Google Meet’s toolkits for making larger virtual conversations more organized. Neither appears to be the kind of earth-shattering, OS-level feature that would require waiting for a new version of iOS, but Apple saved the updates to be part of iOS 15 anyway, despite the fact that they undoubtedly would have been more useful during the height of the pandemic when video chatting was more heavily in need.

Apple has, in fairness, already started to trend away from its one-and-done updates, if only because it’s missed its self-imposed deadlines multiple times. Major features for iOS and macOS like SharePlay or Universal Control have been delayed from the initial dot-zero builds for more development time. Point releases have gotten more and more important, too, used to debut new emoji, critical Face ID updates for better mask support, or Apple’s high-profile App Tracking Transparency requirement.

To solve the issues of lackluster annual updates, Apple should do two things. First, it should continue to build out point releases with additional features throughout the year or even unbundle app updates from its annual releases entirely. Did the FaceTime team come up with a great new feature that’ll make pandemic chatting easier? Release it when it’s ready! Second, it should start to space out its major software releases, waiting an extra year or two between iOS or macOS versions to ensure that when it does release a “new” operating system, there are actually big changes to be excited about.

Spaced out software updates wouldn’t even be a new idea for Apple, at least on the macOS side of things. Apple spent almost a decade spacing out OS X releases every two years before it brought back annual releases with OS X 10.8 Mountain Lion in 2012.

Sure, Apple does get some benefit from its current cadence. On a basic level, bundling iOS and macOS updates gives Apple a single, cohesive marketing push, a package of features that it can point to and say, “Look, here are all the ways the new software makes your life better.” The annual releases also mean that Apple can count on journalists writing roundups of the new features every year at WWDC and reviews of those new features in the fall, and Apple might have to risk that consistent coverage if it changes things up.

But while the boosted public awareness is nice, I doubt that Apple would be missing out on much if it spaced out annual releases. New iPhones are not sold on the strength of having Apple’s new software installed; customers praised the M1 MacBook Airs because of their battery life and processing speed, not because they shipped with macOS Big Sur.

People install iOS and macOS updates, but outside of the tech sphere, it’s not something that people are eager to do. More often than not, Apple updates are installed out of a grudging frustration at push notifications and a desire to banish alert bubbles, not because Focus modes allow power users to set up more granular do-not-disturb settings.

Spacing out iOS and macOS updates for when Apple actually has big marquee features to show off (like it did during the OS X days when it actually charged for new updates) could go a long way to fixing that unenthusiastic update cycle. Less frequent iOS updates could help make sure that there’s actually something to get excited for, like a new visual design or substantial new features (like Siri). Additionally, Apple would get more time to develop new versions of its software, which could theoretically cut down on the bugs and glitches in the final versions of whatever it does ship.

Smaller updates, meanwhile, can be doled out over the year when they’re ready, instead of waiting to cluster every minor update into a massive, overwhelming grab bag once a year where they’re more likely to be overshadowed anyway by the more substantial parts of the new operating system. More gradual updates that aren’t tied to a single major release is an idea we know works, too, because it’s how every other third-party app on iOS already handles updates.

But right now, Apple’s system of annual releases leaves it with the worst of both worlds: siloed updates that come too infrequently for minor features while still not having enough major features to be worth the hype. If Apple can’t make macOS and iOS updates more substantial, it might be time to leave the annual release cycle behind.

Chroma, a startup working to build a new type of audiovisual entertainment specifically for mobile devices, is now adding a Twitter co-founder to its...
Read more