Home Tech News Apple fans queue up as iPhone 13 goes on sale in the...
Tech News 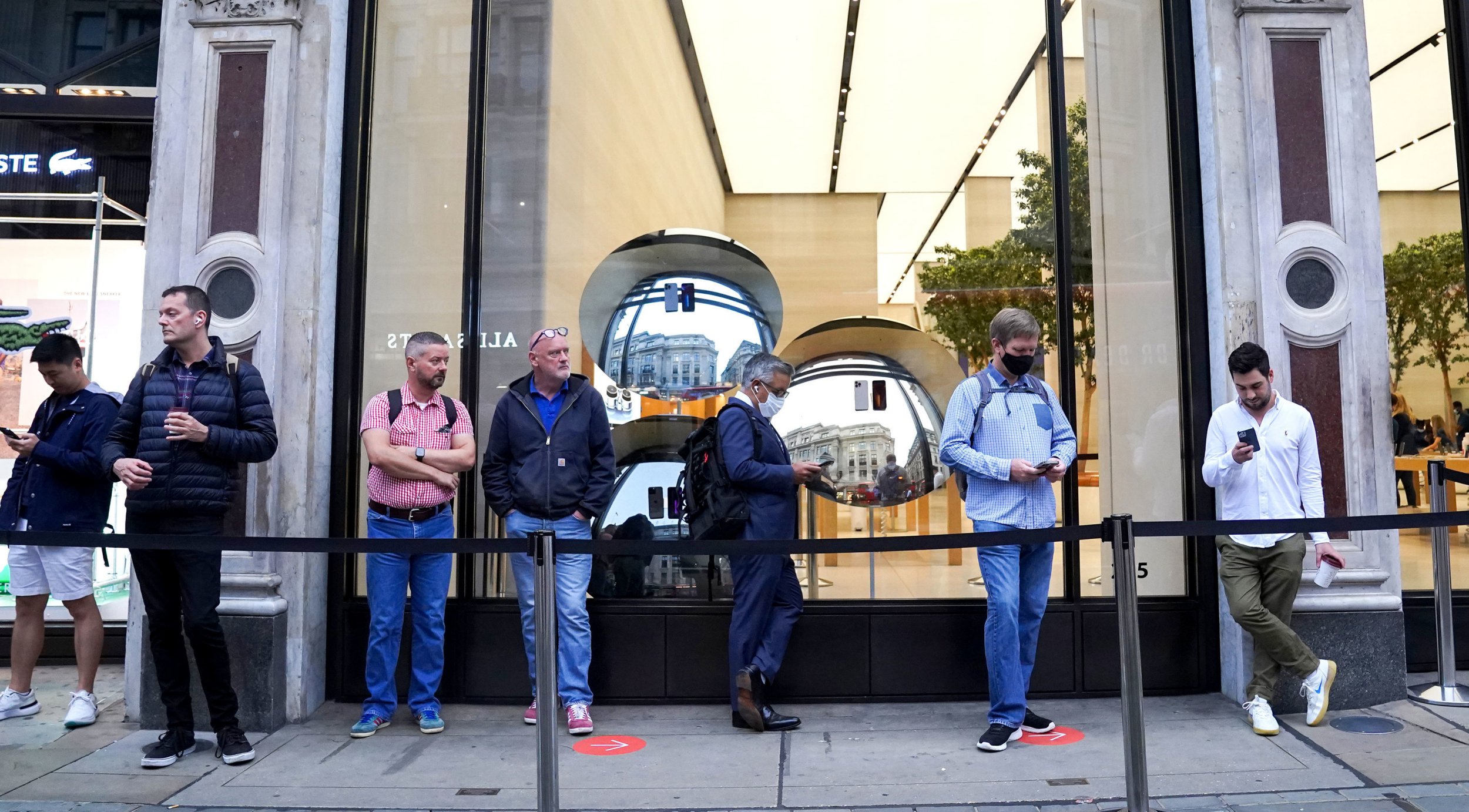 Apple fans queued outside the technology giant’s Regent Street store in central London to be among the first to get hold of the iPhone 13 as the new smartphone range went on sale in the UK.

A modest queue began to form outside the store at 7.30am on Friday, with Apple staff applauding the first customers inside when it opened its doors at 8am.

The pandemic and increased options for buying online and reserving pick-up times have seen physical queues outside Apple Stores scaled back in recent years.

However, there were still hardened Apple fans keen to get their new iPhone in person on the first day of sale.

Unveiling the iPhone 13 mini, iPhone 13, iPhone 13 Pro and 13 Pro Max during a virtual event last week, Apple boss Tim Cook said they are the ‘best iPhones we have ever created’.

As well as the battery and camera improvements, Apple has reduced the size of the notch at the top of the screen and introduced a 120Hz refresh rate, which means smoother screen scrolling, on the two Pro models.

Prices for the new iPhone range start from £679 for the mini, up to £1,549 for the top-of-the-line Pro Max, which has one terabyte of storage – the largest Apple has ever offered on an iPhone.

The improvement in battery life is likely to appeal to many smartphone users, experts have said, with Uswitch.com mobiles expert Ru Bhikha arguing that is ‘at the top of people’s wish-list for the new handset’.

Alongside the iPhones, a new iPad and iPad mini have also gone on sale on Friday, with the new Apple Watch Series 7 to be released later this year.


MORE : European Union wants to force Apple to use USB-C on the iPhone