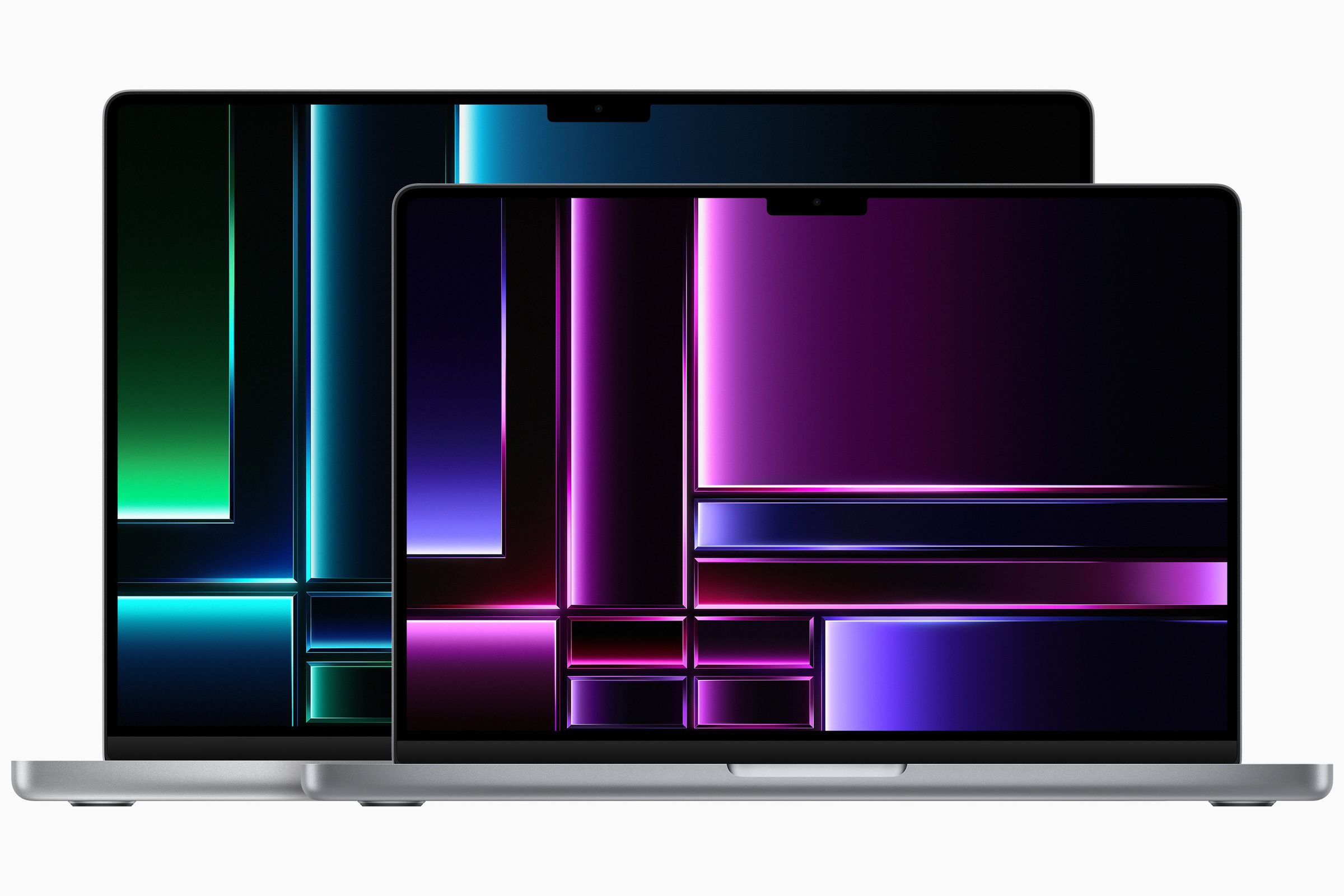 Higher-end M2 chips are here, headed first for the 14- and 16-inch MacBook Pro.

The M2 Max chip has the same 12-core CPU as the M2 Pro, but much like the M1 Max, it really pushes the GPU power more. Apple claims the M2 Max is up to 30 percent faster than the M1 Max in graphics and can apparently “tackle graphics-intensive projects that competing systems can’t even run.”

Chips aside, the latest MacBook Pro models now include Wi-Fi 6E3 and a “more advanced HDMI” (probably HDMI 2.1) that supports 8K displays up to 60Hz and 4K displays up to 240Hz.

Apple didn’t hold a press event for these new MacBook M2 Pro and Max models, but the company did publish a 19-minute YouTube video that’s practically the same thing. While the video doesn’t feature Apple CEO Tim Cook, it’s filmed at the Apple Park headquarters and features several Apple engineers. You can see the entire announcement — which includes the new M2 Mac Mini, in the video below.

The new MacBook M2 Pro and M2 Max are both replacing models that have been around since late 2021. While they’re still considered excellent buys (worth keeping in mind as retailers start to try and dump older models for the new ones), it’s nice to see Apple’s updating its Apple silicon chips on a regular cadence.

Apple’s last generation of MacBook Pros was offered with the M1 Pro and M1 Max chips, which topped out at a 10-core CPU, 32-core GPU, and 16-core Neural Engine, with support for 64GB of memory and an 8TB SSD.

When Apple initially introduced the next-generation M2 chip, it did so without updating the 14- and 16-inch MacBook Pros, instead putting it in the lower-end MacBook Air and 13-inch MacBook Pro. The chips in those laptops contained updated performance and efficiency cores, more cache, increased memory bandwidth, and used 25 percent more transistors than the M1.

Despite having older silicon, the M1 Pro- and Max-equipped models still largely outperformed the updated lower-end models in benchmarks. Of course, this hasn’t stopped people from being curious about what high-end chips with Apple’s latest architecture will be like — when it introduced the M2, Apple said the chips would bring an 18 percent faster CPU and 35 percent faster GPU compared to the original M1.