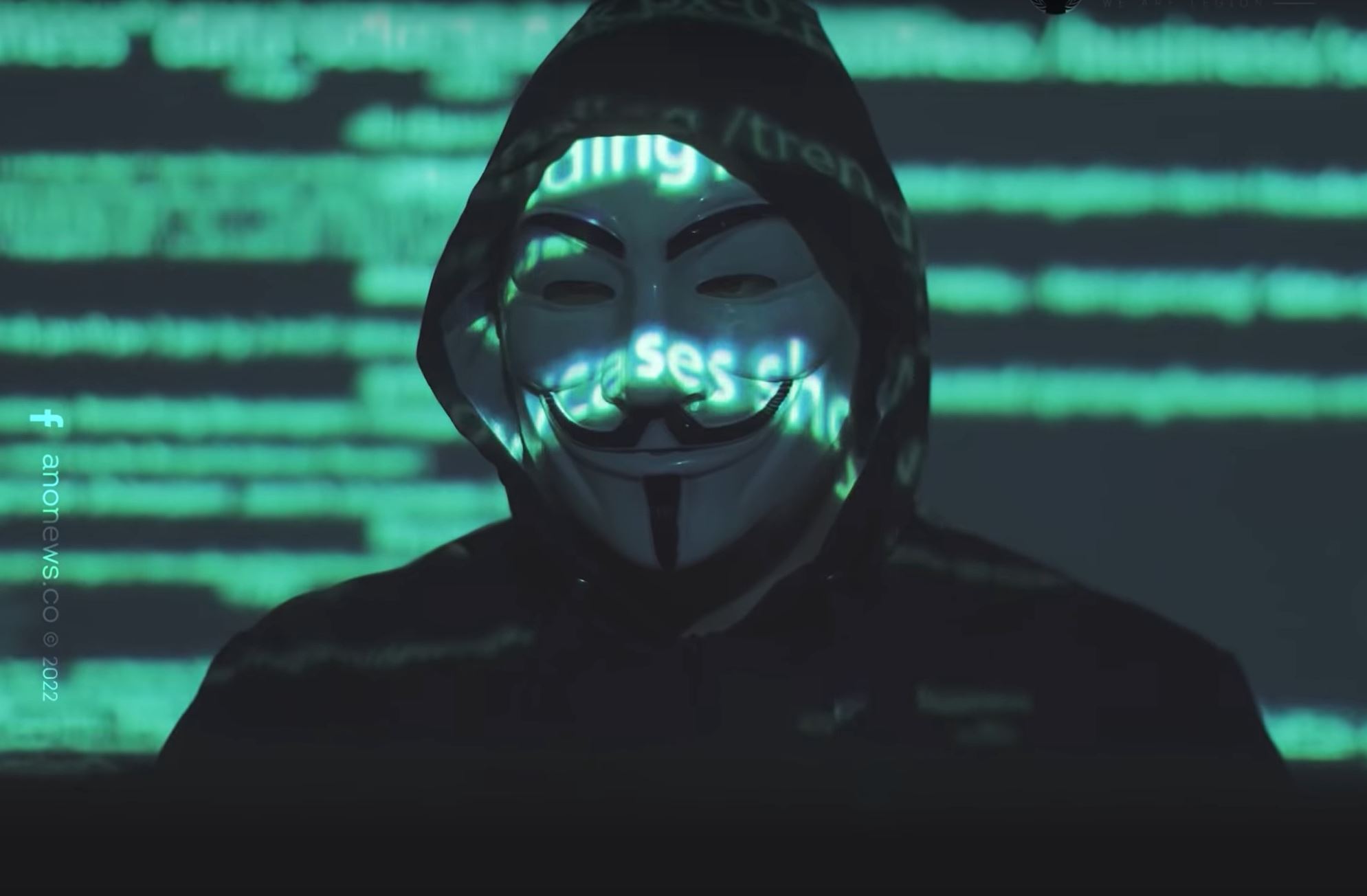 The hacker group Anonymous claims it has hacked Russian news channels and streaming services to broadcast footage of the war.

Anonymous is in a fully-fleged cyber war against Russia and has called on its decentralised members to disrupt Vladimir Putin’s regime in any way possible.

This latest attack has been described as the ‘biggest Anonymous op ever seen’ after Russian channels Moscow 24 and Russia 24 were made to show footage from the front line of the invasion.

Alongside footage of the hack shared on Twitter, the collective wrote: ‘The hacking collective #Anonymous hacked into the Russian streaming services Wink and Ivi (like Netflix) and live TV channels Russia 24, Channel One, Moscow 24 to broadcast war footage from Ukraine [today].’

At the end of the clip, a message urged Russians to oppose the invasion.

‘Ordinary Russians are against the war,’ the message claimed.

The disruption was also reported by Ukranian media.

Footage was also posted on Reddit, gaining thousands of upvotes and drawing a mountain of comments.

‘I want Stream, Origin, Rockstar, and other online games to keep services in Russia, but launch 60 seconds of Ukraine footage when starting a game,’ one Redditor wrote.

‘Eventually, the Russian government will shut down the gaming networks, turning millions of angry teenagers against them.’

‘Even with Russian TV companies trying to hold off such threats, this infamous collective are too determined to completely prevent hacks. Whilst hacking is usually synonymous with illegal bad actors and holding people to financial ransom, Anonymous are taking different approach and attacking with very different motivating factors, which often makes prevention harder.’

This isn’t the first the infamous hacking group has targeted Russian media channels.

Wrath of the hackers

Over the course of a 2 minute 20 second video posted on February 27, which has been viewed millions of times, a masked Anonymous figure claims sanctions and other retailiations are in store over Putin’s ‘foolish actions’.

Mentioning the attacks on Russian websites, Anonymous says it is ‘just the beginning’ and Putin will ‘feel the full wrath of the world’s hackers’.

‘Your secrets may no longer be safe, and there is a chance that key components of your governments infrastructure could be hijacked.’

Anonymous also claimed it had breached a Russian military database and published the contents online.

Among the information are emails, passwords and telephone numbers.

The group tweeted: ‘Hackers all around the world: target Russia in the name of #anonymous let them know we do not forgive, we do not forget. Anonymous owns fascists, always.’


MORE : Anonymous is waging cyber war on Russia – how effective could they be?


MORE : Anonymous servers down as Russian Killnet hackers strike back