Home Apps Angular vs React: Which one to Choose for Frontend Web Stack?
Apps

Angular vs React: Which one to Choose for Frontend Web Stack? 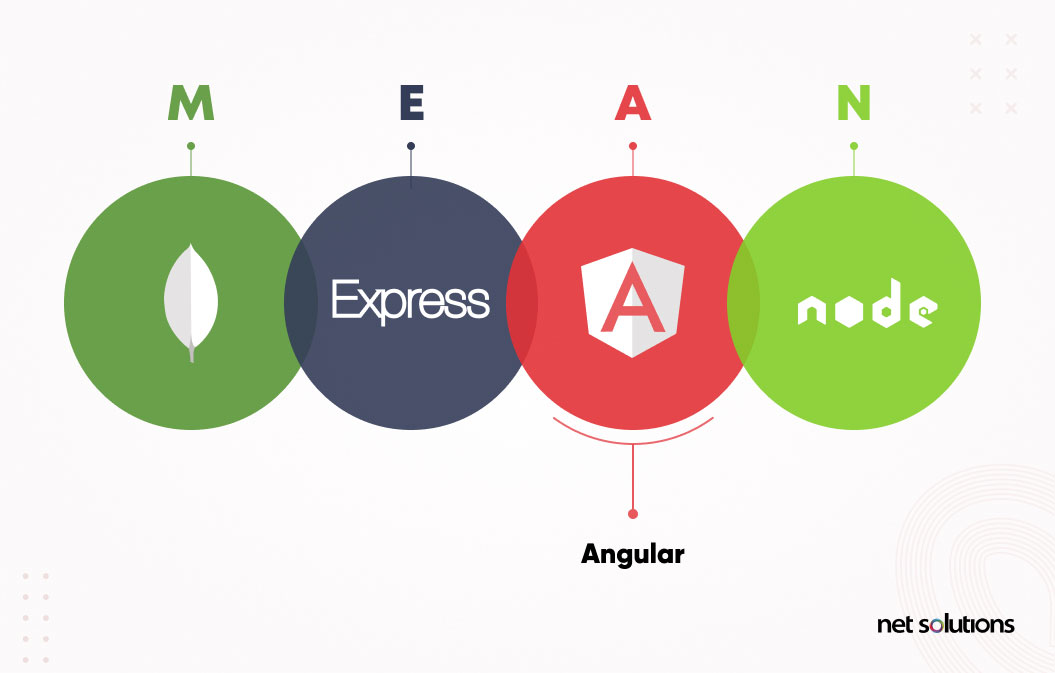 When building scalable web applications, choosing the suitable framework/library for frontend development is essential. This decision often comes down to choosing between Angular or React.

So, which one is an ideal choice for frontend web development?

Developers swear by StackOverflow stats, and numbers don’t lie. Given a choice, a developer is most likely to pick React.

Developed by: Google and Community

Total Live Websites: 141,796 according to BuiltWith

MEAN is a full-stack that stands for “MongoDB, Express.js, Angular, and Node.js.” This is an open-source technology stack that aids in building scalable web applications.

Angular is a part of the MEAN technology stack.

Do not confuse Angular with its predecessor, AngularJS.

A framework provides a supporting structure or the foundation for the code. This structure is predefined and needs to be followed strictly to build clean and consistent code.

A framework helps to maintain a robust software architecture. Frameworks can use libraries in cases where the framework becomes expensive (however, this is not always necessary).

For example, consider a spreadsheet. It provides a skeleton or the foundation for data entry in the form of rows and columns. Also, there is a dedicated function bar on the top where a user can create and implement functions to hasten their calculations. This structure of the spreadsheet is a framework.

For users who currently use AngularJS, Google recommends transitioning to Angular because they plan to end support for AngularJS by December 31st, 2021.

MERN is a full-stack that stands for “MongoDB-Express.js-React-Node.js.” This is an open-source technology stack that aids in building web applications and hybrid mobile apps.

React is a part of the MERN technology stack. 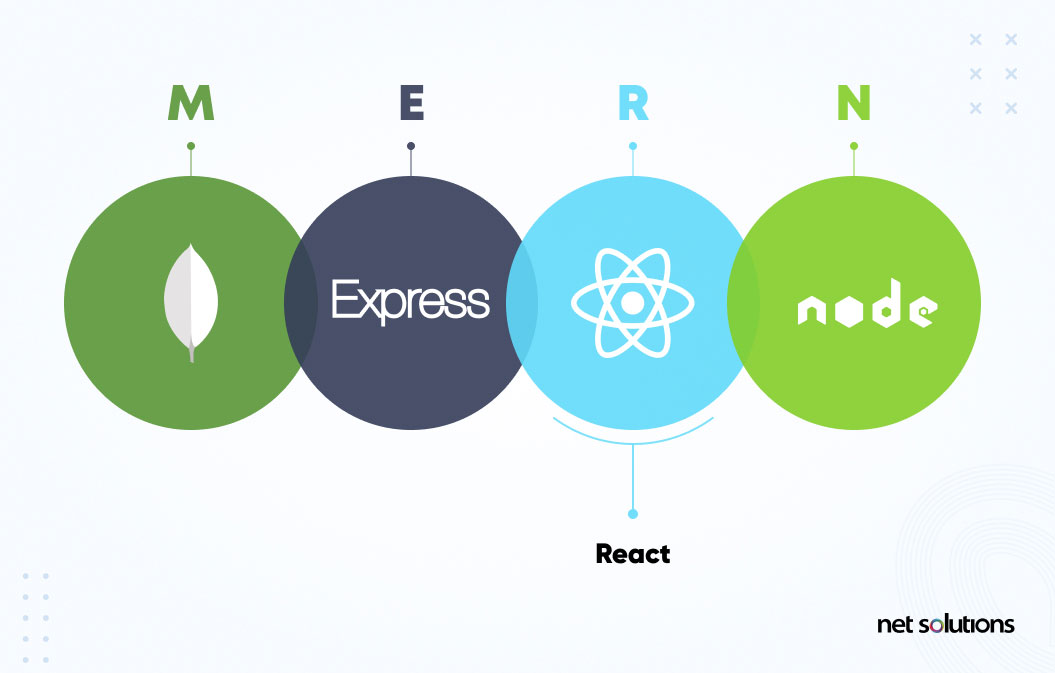 React is a JavaScript library for creating user interface (UI). Most resources define React as a web framework. However, it is a library.

A library is a prewritten code that solves a problem instantly and saves the developer’s time that would have otherwise gone into writing the code. A developer can call a required method from the library every time it is required.

Consider the example of a traditional data entry approach. The record management staff used to put in all the details on a paper manually. This increased chances of errors and repetitions.

Spreadsheets were introduced later to solve the problem and reduce the incidence of errors. By utilizing relevant functions and macros, the users can automate their calculations. This is the type of functionality a library provides.

Also, it is common to confuse React with React Native.

This section covers a detailed comparison between Angular and React, based on several parameters.

In simple words, a DOM represents the application’s UI. Whenever a new change is introduced into the UI, the DOM is updated to reflect that change.

How Does DOM Affect Performance?

A DOM is represented in the form of a tree data structure. Whenever a new UI element is updated, the change needs to reflect on the application.

This happens with the help of re-rendering (i.e., all the UI elements are re-painted on the application’s UI).

With a real DOM, the re-rendering takes time and makes the application slower.

On the other hand, a virtual DOM can be thought of as a virtual representation of the DOM. Whenever a UI element is updated, the new virtual DOM tree is created. The previous version of the virtual DOM is then compared to the new one. This comparison process is called “Diffed”. 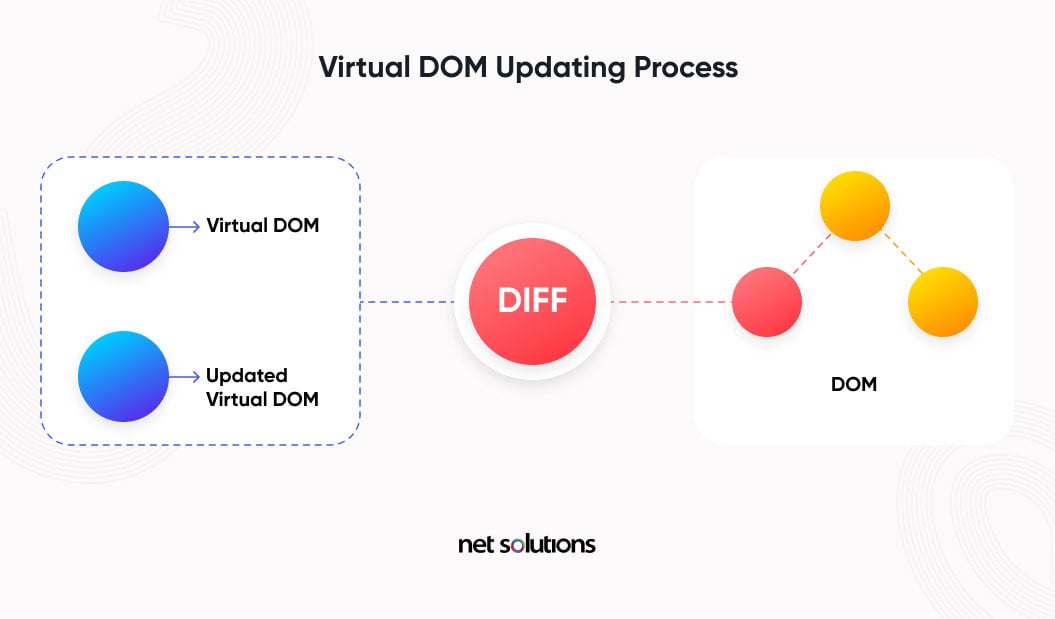 Once the difference is calculated, the real DOM is updated accordingly with the new Diff information. Thus, the existence of virtual DOM makes the performance better as the real DOM does not get updated directly.

Angular is a framework that acts as a monolith structure consisting of all functions and libraries required for frontend development. It supports in-built libraries and clear structures, which allows for easy implementation of large-scale frontends.

However, because Angular is a framework, it can be a bit extensive and overloaded on features and functionalities. For small-scale applications, building Angular-based front-ends adds complexity.

On the other hand, React is ideal for heavy front-end applications that focus on an interactive UI (e.g., Netflix or Uber).

To nail a large-scale application built with React, strong developer cooperation is required. This is due to the increased dependency on additional libraries.

Also, tracking and maintaining these libraries can get taxing over time. Integrating more libraries would imply more code, which, in turn, will add to the messy code and technical debt pile-ups.

Angular has a more significant number of files compared to React. However, code lines, words, and bytes are comparatively less.

Code size is an essential parameter to consider when choosing between Angular vs React. The smaller the code length, the easier it is to rewrite, maintain, and refactor.

Moreover, everyone, end-users included, wants a faster time-to-market. Small-sized code makes it easy to build & deploy on a cadence.

On the other hand, React uses JavaScript (i.e., a scripting language for developing interactive UIs), making it faster relative to Typescript. JavaScript code neither requires compilation nor is there a need to annotate the code. Moreover, the team can create the code even in the absence of the build step.

React has a smaller bundle size compared to Angular. The smaller the bundle size, the better the page loading speed.

Bundle size for [email protected] according to Bundle Phobia: 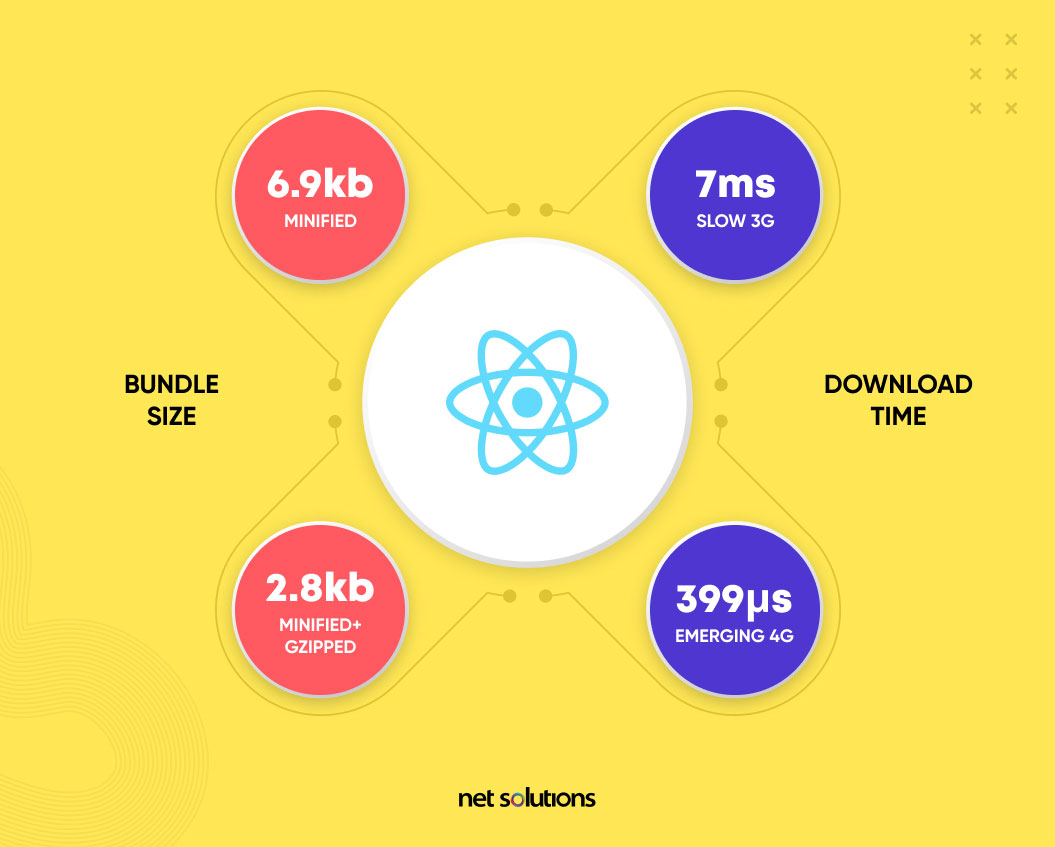 Bundle size for @angular/[email protected] according to Bundle Phobia: 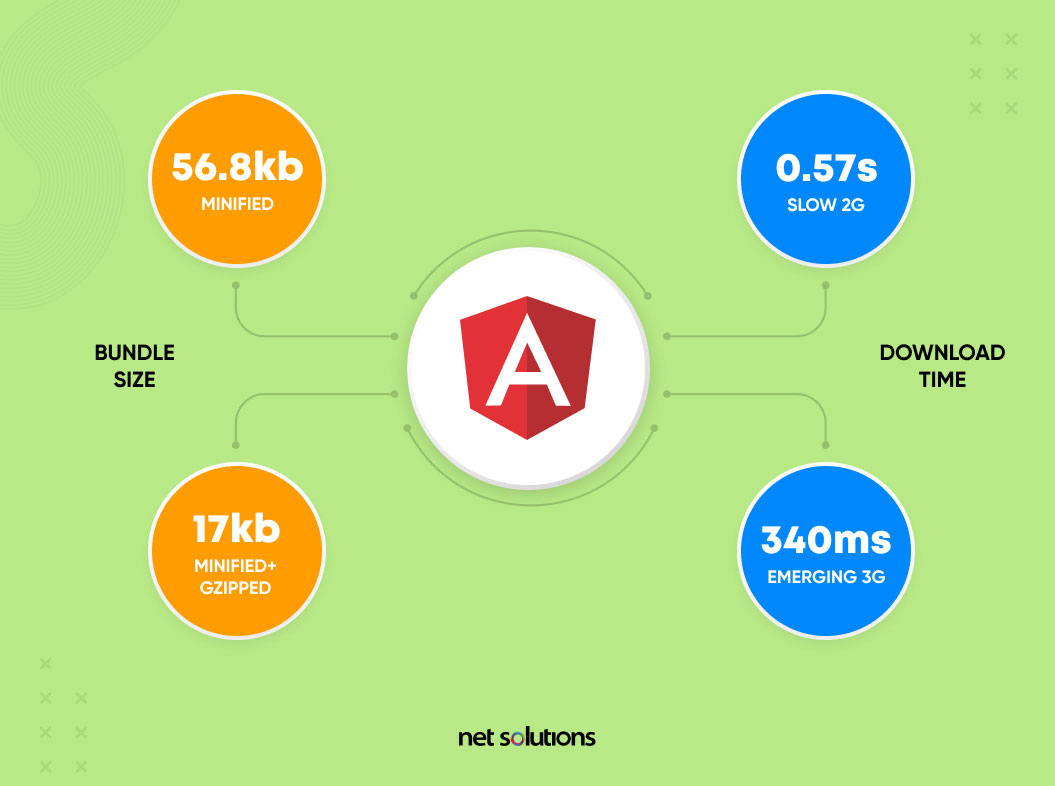 Data binding is the process that establishes a connection between the app UI and the data it displays. If the binding has the correct settings and the data provides the proper notifications, when the data changes its value, the elements that are bound to the data reflect changes automatically. — Microsoft

In one-way data binding, information flows in only one direction. The changes to the source property are automatically reflected in the target property. However, the opposite is not true. 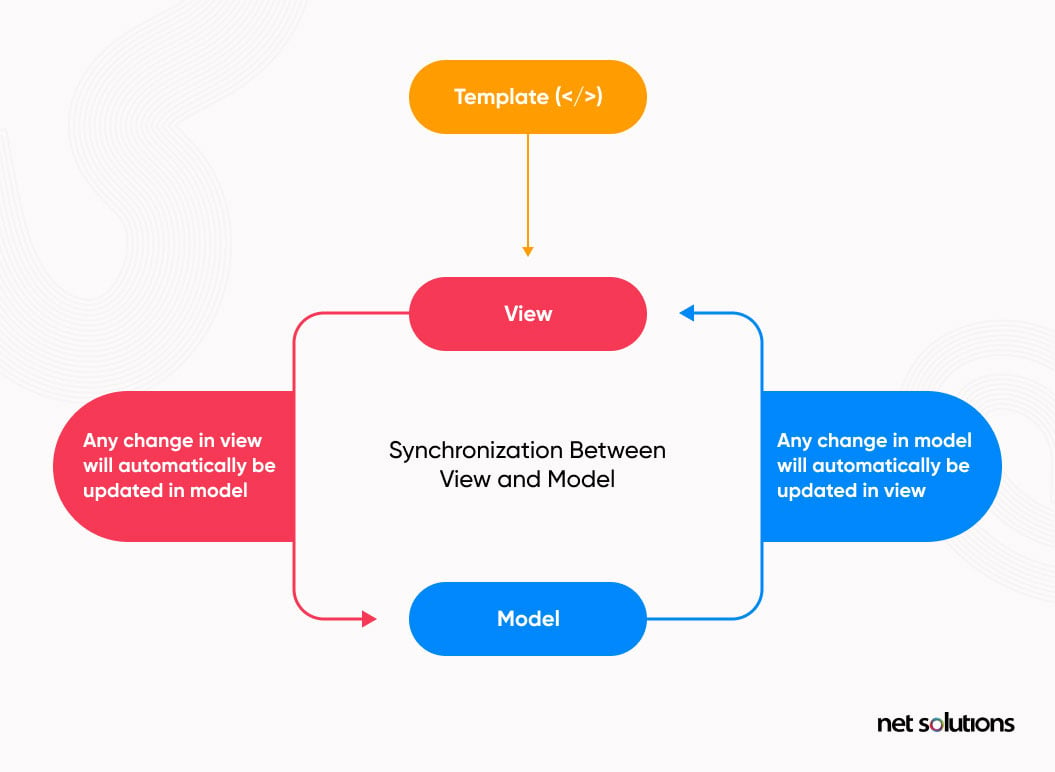 When to Use One-way data binding:

In two-way data binding, information flows in both directions. Any change to the UI field updates the data model automatically and vice-versa.

When to Use Two-Way Data Binding?

React is more flexible than Angular.

When it comes to experimenting with and integrating material design components, React and Angular both offer options. The difference is the magnitude of flexibility offered.

Angular is a fully mature framework that supports in-built UI components for developing dynamic web applications. However, a developer has no access to external UI components as the usage is restricted to the in-built options. This makes Angular less flexible.

React, on the other hand, being a library allows using various community-developed UI components. This means that the development team can choose from ample UI components without restrictions, which, in turn, means more flexibility.

Angular is better when it comes to seamless update integrations.

React’s release frequency is high, so the development team has to keep up with the new releases constantly. Moreover, code refactoring effort increases as new and old code structures need to be manually integrated.

Angular is more consistent with the updates, with a significant release being rolled out every six months.

Another essential thing to note is that the Angular CLI handles all the changes like a breeze whenever a new release is rolled out. There is no need to refactor code as the CLI automatically makes all the needed code integrations without much effort.

Here’s a comparison chart that lists the fundamental differences between Angular and React:

Which is Better: Angular or React?

The choice between Angular vs React depends on businesses’ requirements. Here’s when to use Angular and when to use React:

When to Use Angular?

When to Use React?

Optus cyber-attack: company opposed changes to privacy laws to give customers more rights over their data