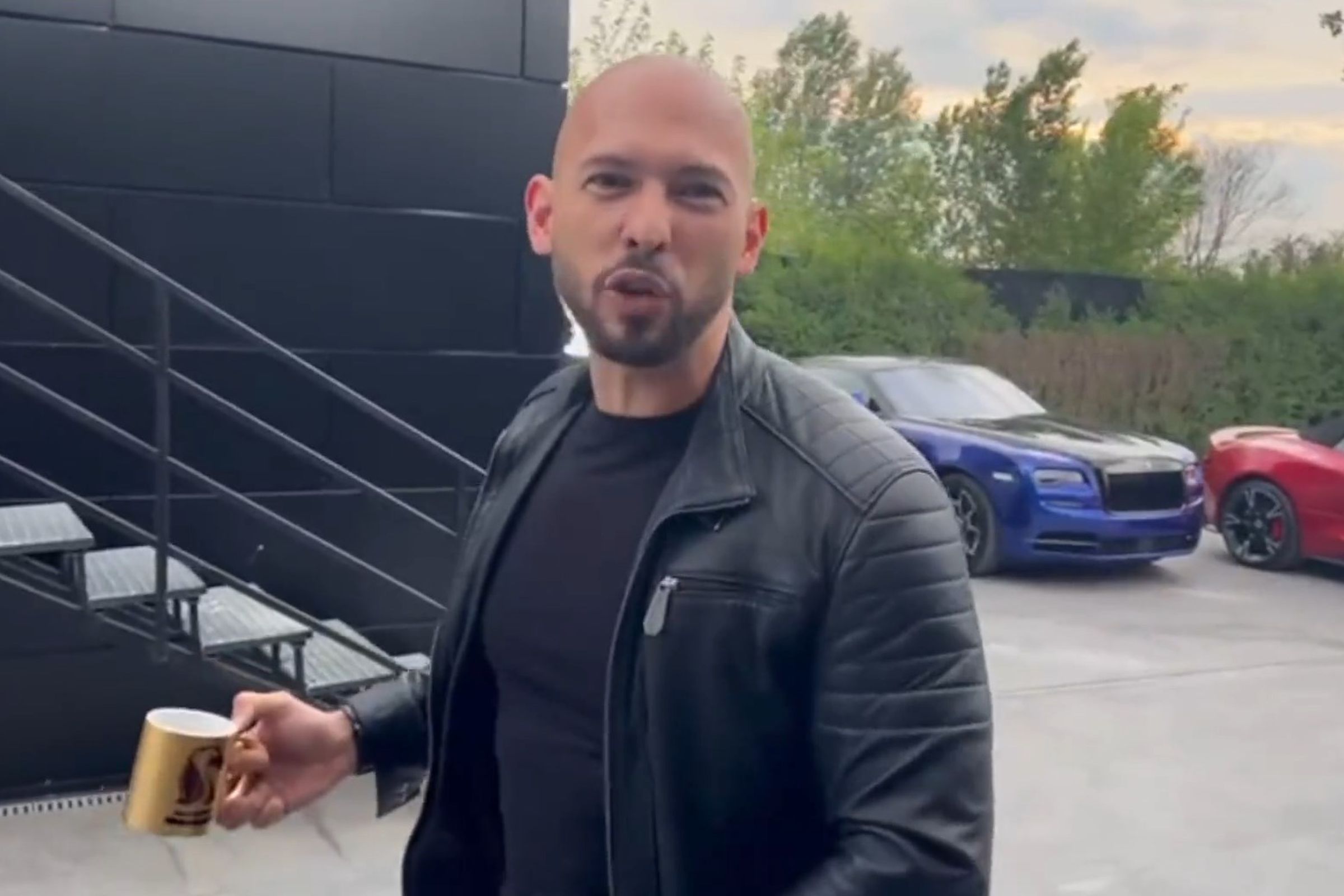 Police reportedly moved in after social media posts revealed Tate and his brother were in the country, one day after Tate attempted to shame environmental activist Greta Thunberg in a video that may have outed his location.

Andrew Tate — an “alpha male” influencer / podcaster of sorts who has described himself in videos as “absolutely a misogynist” and has been banned from TikTok, Facebook, and Instagram — and his brother Tristan were detained in Romania by police investigating organized crime, human trafficking, and rape.

He was led away from his home in Romania by police one day after his Twitter dustup with young environmental activist Greta Thunberg went viral, as he targeted her with a boast about his 33 cars and their “enormous emissions” while she remained unimpressed by the size. In a now-deleted YouTube video, Tate, who was born in the US and is a British citizen, said “40 percent” of his reason for moving to Romania was “because in Eastern Europe, none of this garbage flies,” apparently referring to “MeToo era” claims of sexual assault.

A translated statement issued by the Directorate for the Investigation of Organized Crime and Terrorism (DIICOT) did not directly name Tate, but it confirms search warrants were executed at five homes while taking four people “reasonably suspected” of criminal activity in for questioning, saying they will be detained for 24 hours.

Who is Andrew Tate? As described in a profile on Vox.com:

Andrew Tate is a 35-year-old former kickboxer, ex-reality show contestant, and current podcaster-slash-”King of Toxic Masculinity” whose inflammatory diatribes against women, whom he compares to property, have become viral fodder on TikTok, Instagram, and YouTube over the last several years.

Until recently, he was also the head of a subscription-based online course program called Hustler’s University, in which customers paid $49 per month to learn, supposedly, how to earn $10,000 per month through crypto investing, drop-shipping, or other scam-adjacent activities.

The people taken for questioning include two British citizens, apparently Tate and his brother, as well as two Romanian citizens.

Romanian news outlet Antena 3 CNN reports that, along with the two brothers, a former policewoman was taken into DIICOT headquarters for questioning. Video shared by the Romanian paper Gândul shows Tate being led away from a luxury villa that appears to be the same one featured prominently in some of his videos.

This is the second time investigators have come to the location, after a complaint to the US embassy in April claiming an American citizen was being forcibly held at the Tates’ residence. At that time, the brothers were also taken in for questioning before being released. Gândul reports that in the months since, prosecutors have been assembling evidence and also waiting to catch the Tate brothers while they were in the country.

There have been reports that this raid occurred as a result of Tate’s response to Thunberg’s tweet telling him to get a life, which included a video where he could be seen eating pizza from a Romanian pizza chain, seemingly revealing his current location. Twitter was on the list of platforms that banned Tate. However, Vox.com reports his account was reactivated after five years in November.

That has not been confirmed by the authorities; however, Gândul did report that police mobilized after seeing indications on social networks that the brothers were in Romania.

DIICOT also shared its own video of the raid, with blurred images of luxury cars that appear to match the ones Tate has displayed in his videos, as well as items like guns, knives, and money.