All the times the Queen looked at new technology 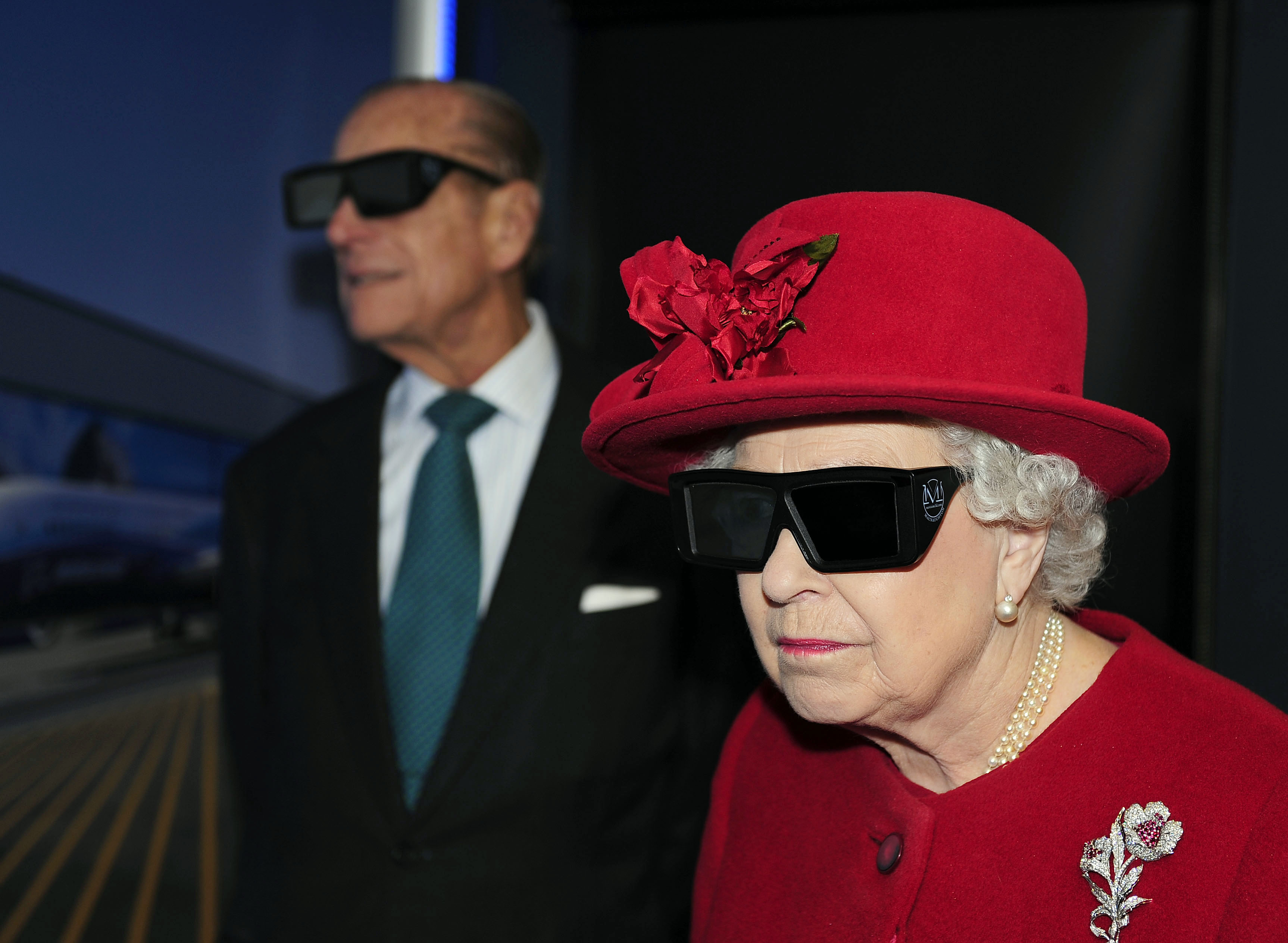 The Queen saw all kinds of new technology through the years — much of which has shaped the world we live in today.

From supermarket self-checkout systems to early email systems, she viewed innovations with an impressed — and sometimes sceptical — eye.

Her interest echoes that of royals that came before her, like her great-great-grandfather Prince Albert.

The husband of Queen Victoria was interested in early computer technology, having observed a prototype of computer scientist Charles Babbage’s proposed ‘Difference Engine.’

Babbage later wrote to the prince personally to share more information about his pioneering work.

Sat comfortably from the Oak Room in Windsor Castle, the Queen dialled in to her first video call after the coronavirus put the country into lockdown.

Queen Elizabeth dialled in to chat to four carers about the difficulties they were facing during thepandemic. She was also joined by her daughter Princess Anne, who patiently helped her get up and running on the Webex video chat.

The Queen went on to embrace video calling technology and, in 2021, conducted 118 of her 192 engagements virtually.

During lockdown, the royal household staff was coined the ‘HMS Bubble’. And even after lockdown lifted, the Queen continued to use video calling tech to carry out some of her engagements.

22 May 2019: The Queen uses a supermarket self-checkout machine

During a visit marking the 150th anniversary of Sainsbury’s supermarket, Queen Elizabeth observed a self-checkout machine, possibly for the first time.

Asking about the device’s security measures, she was pleased to learn it contained scales to prevent customers sneaking extra products past its scanners.

She was also shown a shopping app, which she called an ‘interesting tool’.

24 October 2014: The Queen sends her first tweet from a tablet

Back in 2014, Queen Elizabeth II was pictured sending her first tweet from an tablet at the Science Museum in London.

She was there for the museum’s ‘Information Age’ exhibition, which celebrated the evolution of communication technology through the years.

During a tour of Google’s UK headquarters, the Queen uploaded a video to Youtube and took home a plaque of some of the search engine’s code.

Her and Prince Philip also had the chance to view familiar landmarks from the comfort of a computer screen. They were treated to a tour of Google Maps that featured both Big Ben and Windsor Castle.

8 May 2007: The Queen visits a Nasa space flight centre

Queen Elizabeth II took an interest in technology used beyond our planet, visiting Nasa’s Goddard Flight Center in Maryland, USA, back in 2007.

During the trip, she watched a demonstration of a visualisation system, toured satellite building facilities and even had a video call with astronauts on the space station.

Back in 2001, Queen Elizabeth II was pictured holding an electronic relay baton to commemorate the Commonwealth Games. The device’s blue light was designed to flash in time with the holder’s heartbeat.

Much like the Olympic torch, a ceremonial baton traditionally tours numerous Commonwealth nations to mark the games held every four years.

This year’s iteration was more high-tech than ever before, containing an imaging sensor, GPS, LED lights and a mechanised chamber containing the Queen’s message to the Commonwealth.

Queen Elizabeth II took a look around the cockpit of a supersonic Concorde plane she took from Bridgetown, Barbados in 1977.

She took the flight on the way home from a tour of the Commonwealth marking her Silver Jubilee.

The Queen was sending emails way back in 1976 — years before commercial firms like AOL started offering services for the average person.

The content of her message was highly technical, telling users of an early computer network called ‘ARPANET’ they could now use the ‘Coral 66’ language.

Although, as computer scientist Peter Kirstein told WIRED, he’d set up the system so all she needed to do was ‘press a couple of buttons.’

In case you’re interested, the email read: ‘This message to all ARPANET users announces the availability on ARPANET of the Coral 66 compiler provided by the GEC 4080 computer at the Royal Signals and Radar Establishment, Malvern, England,’ read the message. ‘Coral 66 is the standard real-time high-level language adopted by the Ministry of Defence.’

12 December 1967: The Queen observes a telescope

The Queen was pictured walking around the massive Isaac Newton Telescope at the Royal Greenwich Observatory in Hertstmonceux, Sussex back in 1967.

She was there to inaugarate the telescope, which featured a 98-inch mirror gifted by the US. The Isaac Newton would later be moved to La Palma in the Canary Islands, where it was given an even bigger mirror.

She went on to recommission the historical 28-inch refractor telescope at the Observatory nearly a decade later.

Back in 1958, Queen Elizabeth II made a long-distance (aka ‘trunk’) call to the Lord Provost of Edinburgh.

This was the first ever direct-dial long-distance call made in the UK, according to the Telephone Museum. It was made from the Central Telephone Exchange in Bristol.

You can watch her looking at a display about phone technology before actually making the call in the video above. She says: ‘This is the Queen speaking from Bristol. Good afternoon, my Lord Provost.’


MORE : Queen ‘advised’ to rest by doctors and not meet with Privy Council