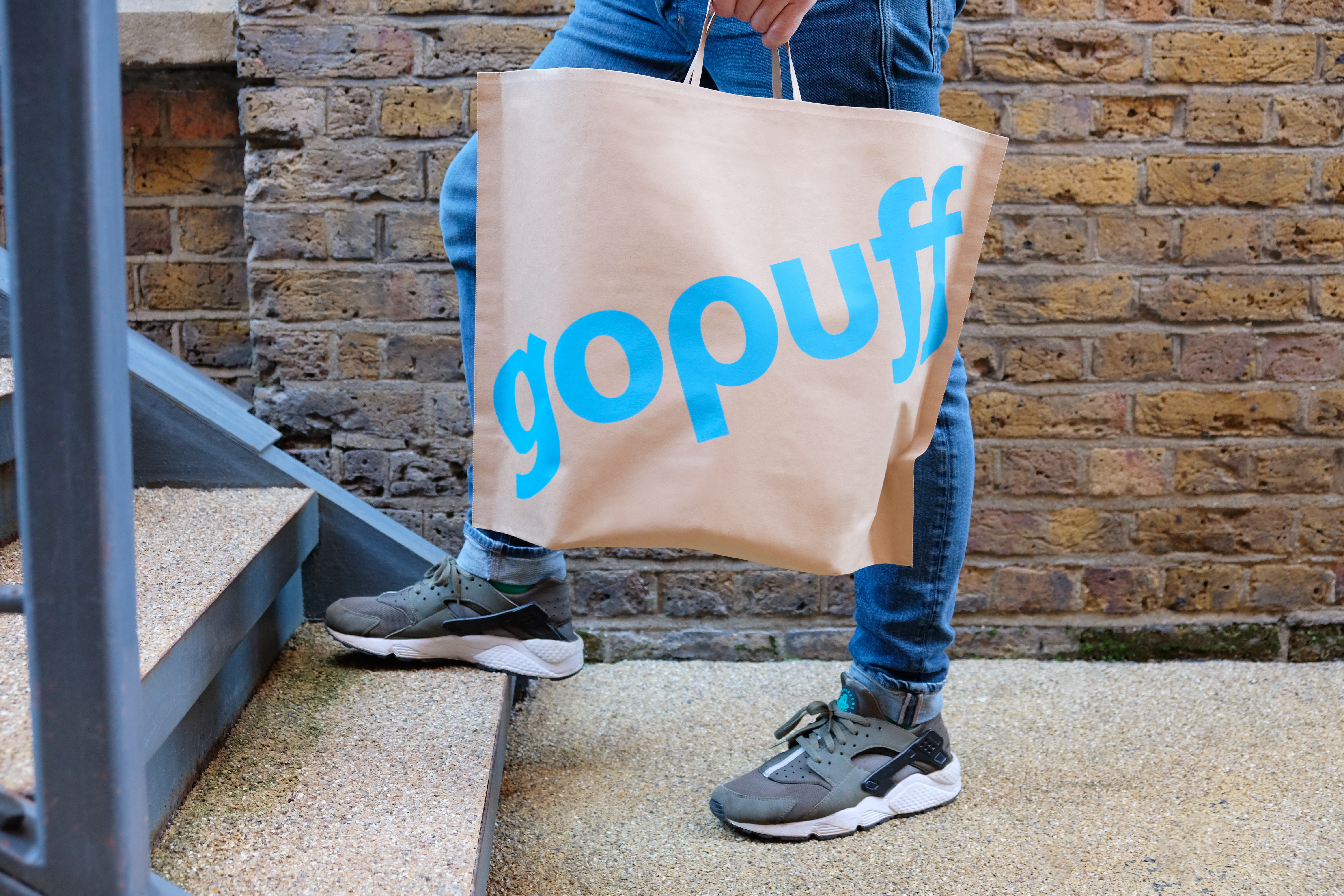 Instant grocery and essentials delivery is already a very crowded field in Europe; but today competition was turned up another notch: Gopuff — the U.S. leader in the space with a service that delivers food and essentials for a flat fee of $1.95, 24 hours a day — launched officially in the U.K.. It plans to use London as a base to expand further into the region.

The launch is part branding, and part integration exercise: Gopuff, which was valued at $15 billion after raising $1 billion in July earlier this year, has been using its cash to make a stream of acquisitions. Two of those have been snapping up instant delivery players Fancy and most recently Dija in the UK. Now, Gopuff is rebranding those two under its own name, and moving its services over to its main app and platform.

The company is live today in Birmingham, Bristol, Cardiff, Leeds, Liverpool, London, Manchester, Newcastle, Nottingham and Sheffield and the plan is to be in 33 markets by the middle of next year, led by SVP of Europe, Steven Harman (who had been COO at Revolut); execs poached from Amazon; and Alberto Menolascina, who was co-founder of Dija, as the UK GM. The pricing in the U.K. is £1.79 per order.

“When looking at expanding into Europe, we were extremely attracted to the similar models, infrastructure, loyal customer bases and talent we saw in both Dija and Fancy,” said Rafael IIishayev, co-founder and co-CEO of Gopuff, in a statement. “By combining Gopuff’s technology, scale and deep experience leveraging existing physical infrastructure, with the local market knowledge and entrepreneurial spirit of the Fancy and Dija teams, we can bring a game-changing and unparalleled experience to UK customers.” I’ll be meeting with his co-founder Yakir Gola later today and will see if he says more about those plans.

Indeed, the U.K. is Gopuff’s first international market, but not its last. The company reportedly has its eye on at least one startup out of Berlin, Flink. Germany has proven to be one of the hotter markets for instant grocery delivery. Gorillas, another well-capitalized player in the space — it also raised close to $1 billion earlier this year and is now valued at around $2.1 billion — is also based in the city.

Aside from Flink and Gorillas, another major player in Europe has been Getir out of Turkey. Backed by the likes of Tiger Global and Sequoia, it is valued at $7.5 billion and has also kicked off an acquisition spree in earnest. There are many, many more players in the space, such as Zapp, Glovo, Cajoo, Weezy, Jiffy, Deliveroo, offerings from supermarkets, and much more. All of these have raised or invested collectively hundreds of millions of dollars in funding to carve out market share and grow, capitalizing on a consumer appetite for more on-demand services and — in a climate of the Covid-19 pandemic still very much hanging in the air — less of an inclination to go out physically themselves to get what they need.

As we have seen in other on-demand categories like transportation (hello, Uber) the strategic playbook here for the delivery businesses is to raise huge rounds of funding to make aggressive moves into new markets and to compete against others doing the same by offering deep discounts to win customers and potentially lock them into using your services more regularly. Gopuff, which has been around since 2013, believes that globally, the addressable market for instant food and essentials delivery is potentially worth $10 trillion.

That will inevitably lead to more consolidation of smaller, regional players; but it also spells deep losses due to extremely negative unit economics that are hard to claw back once promotions have been doled out to the masses. In areas like transportation, that has led to major write-downs both for the companies and their investors.

It will be interesting to see whether instant grocery is a mere repeat of that, or if entrepreneurs, startups and their investors have learned a lesson here.