A robotic exoskeleton adapts to wearers to help them walk faster 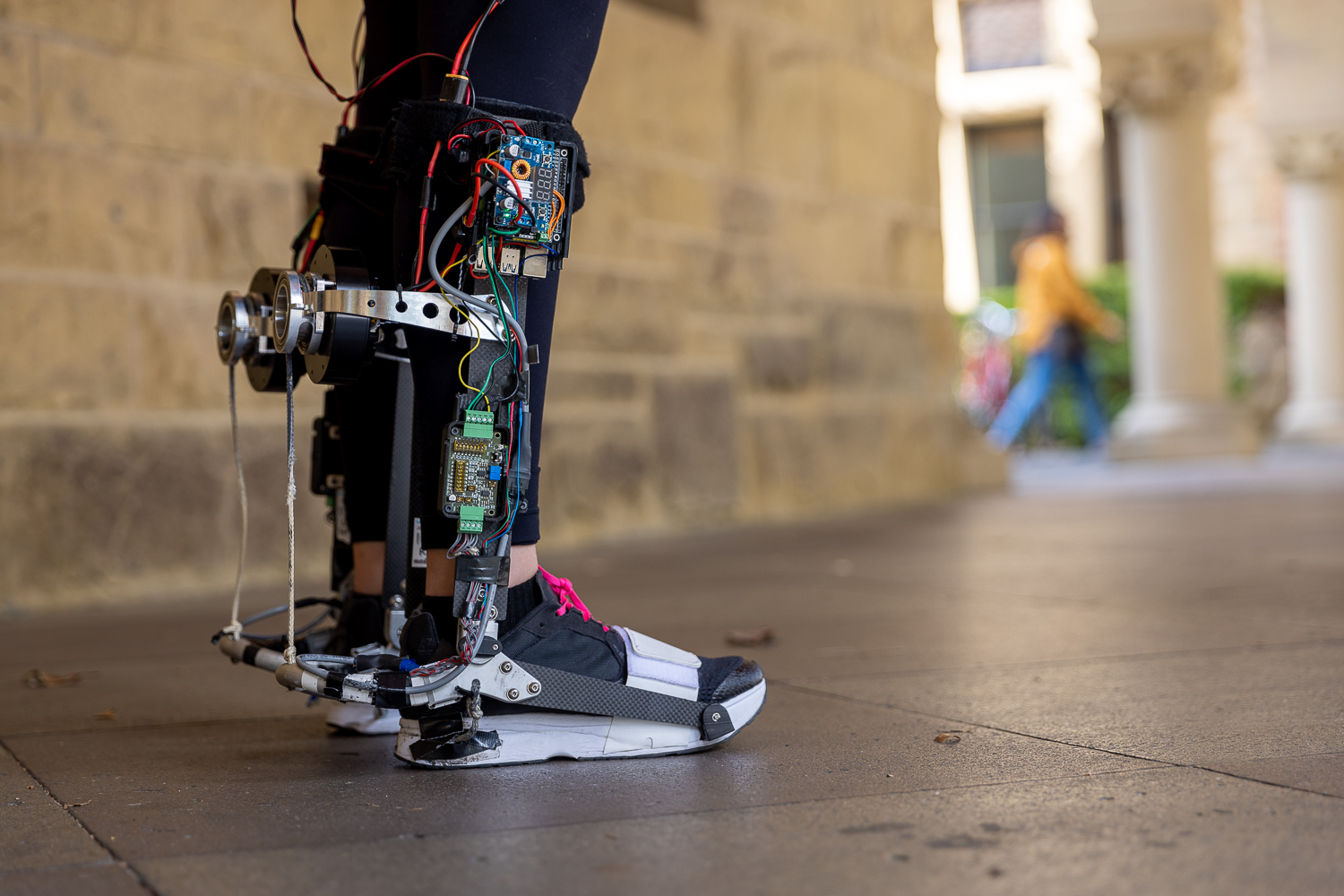 An exoskeleton that uses machine learning to adapt to its wearers’ gait could help make it easier for people with limited mobility to walk.

The exoskeleton, which resembles a motorized boot, is lightweight and allows the wearer to move relatively freely, both increasing their walking speed and reducing the amount of energy they use while moving.

Developed by researchers from Stanford University, it consists of cheap wearable sensors, a motor, and a small Raspberry Pi computer, powered by a rechargeable battery pack worn around the waist. The sensors are embedded into the boot to measure force and motion unobtrusively.

The data the boot generates is fed into a machine-learning model, which in turn tunes the device to personalize its support, applying force at the ankle to replace some of the function of the calf muscle and helping the wearer to push off the ground while taking a step. This makes it possible to walk faster and with less effort. It takes just an hour for the model to start personalizing the way the device assists the wearer, and because it is constantly learning from the sensor data, the device can adapt over time as the wearer’s walk changes.

The team found that the device led to a 9% increase in walking speed, and a 17% reduction in energy expended while walking naturally, compared with walking in normal shoes. Their findings are described in a paper in Nature today. When tested against other comparable devices on a treadmill, the exoskeleton provided around twice the reduction in effort. The researchers likened the energy saving and speed boost to “taking off a 30-pound backpack.”

Although supportive exoskeletons have been around for years, they are difficult to tailor to the individual wearer because they are often large and cumbersome. Their success has been largely confined to treadmills inside laboratories, and they’re expensive. The Stanford team’s exoskeleton is much smaller than others on the market and, crucially, easier to transport.

The project is the first time an exoskeleton has demonstrated the capacity to save human energy in real-world conditions, the researchers claim. They’re optimistic it could help older adults with limited mobility, or people experiencing muscular problems, to move around more freely.

The team should be able to bring the product to a mass market eventually, says Kaspar Althoefer, head of the Center for Advanced Robotics at Queen Mary University of London, who was not involved in the study.

“It would be very useful for those who are maybe not so strong anymore and want to walk a bit further,” he says.

The report’s authors are starting studies focused on assisting older adults, and they believe the prototype device could be developed into a commercial product that could ideally assist people as they go about their everyday business.

“We’re hoping this will be a little bit like e-bikes,” says Patrick Slade, who worked on the exoskeleton as a PhD student. “It doesn’t do all the work for you, but it gets to a level of effort that people are comfortable with.”