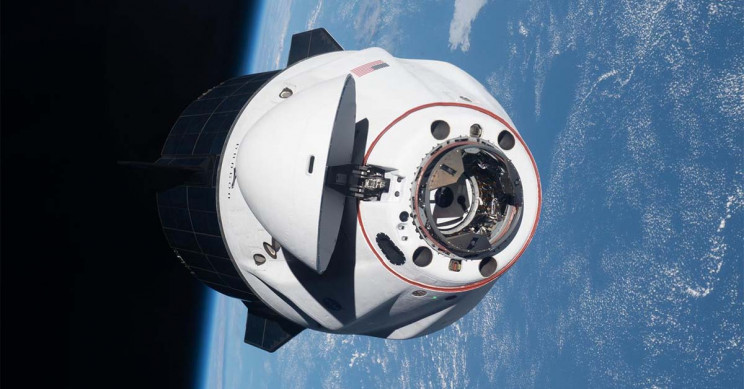 An out of order toilet can be a nightmare scenario anywhere but when it happens in space, it’s a situation that no one wants to be in.

Four astronauts returning home from the International Space Station (ISS) aboard SpaceX’s 13-foot-wide capsule this month will have no access to a toilet for the duration of the journey. They will instead have to rely on backup ‘undergarments’ according to Nasa.

The problem with the toilets was identified last month on another one of SpaceX’s Crew Dragon capsules on which they flew to the ISS in April where it is currently docked.

The astronauts are banking on the journey back to earth being a short one to avoid any uncomfortable incidents.

Previous crewed flights on SpaceX’s ships have taken anywhere between six and nine hours to return to Earth from the ISS.

Any unfortunate urine spill could also have potentially corroded the aluminium structure of the ship in space.

SpaceX said it was running a series of ground tests to make sure this was not the case and ensured that the Crew Dragon would hold up and safely get the astronauts back home.

The Elon Musk-owned company’s toilet troubles seem to be an ongoing saga. At this point, all three spacecraft operated by SpaceX seem to be facing leakage issues on their onboard toilets.

It started with SpaceX’s first all-civilian crew, Inspiration4, discovering a problem with the toilet on their three-day space mission in September.

A tube used to funnel urine into a storage tank became unglued and leaked the mess onto a fan used to pull waste away from the human body. The fan then sprayed urine beneath the capsule’s floor.

The crew which comprised the company’s first group of space tourists had to fix the malfunctioning toilet when it triggered an alarm.

One of the passengers, billionaire entrepreneur Jared Isaacman had previously told Insider that the Crew Dragon spaceship’s toilet would have ‘one hell of a view’ as it was at the top of the aircraft.

But so far the toilets have given the company and passengers nothing but trouble.

The waste management system aboard Crew Dragon is made up of a wall-mounted device with suction to collect and store expelled human waste.

Without the gravity in space waste can go in every possible direction. To solve that problem, space toilets have fans inside them, which are used to create suction to pull waste out of the human body and store it away.

Inspiration4 aimed to kick off a new era of space tourism with a mission to send three paying customers to the ISS aboard a Crew Dragon capsule next year.

This will be SpaceX’s third operational mission for NASA and just its fifth passenger flight overall.

While the company has acknowledged the issues with its sanitation system and is working on fixing it, space tourists will think twice before taking a flight without a working toilet.