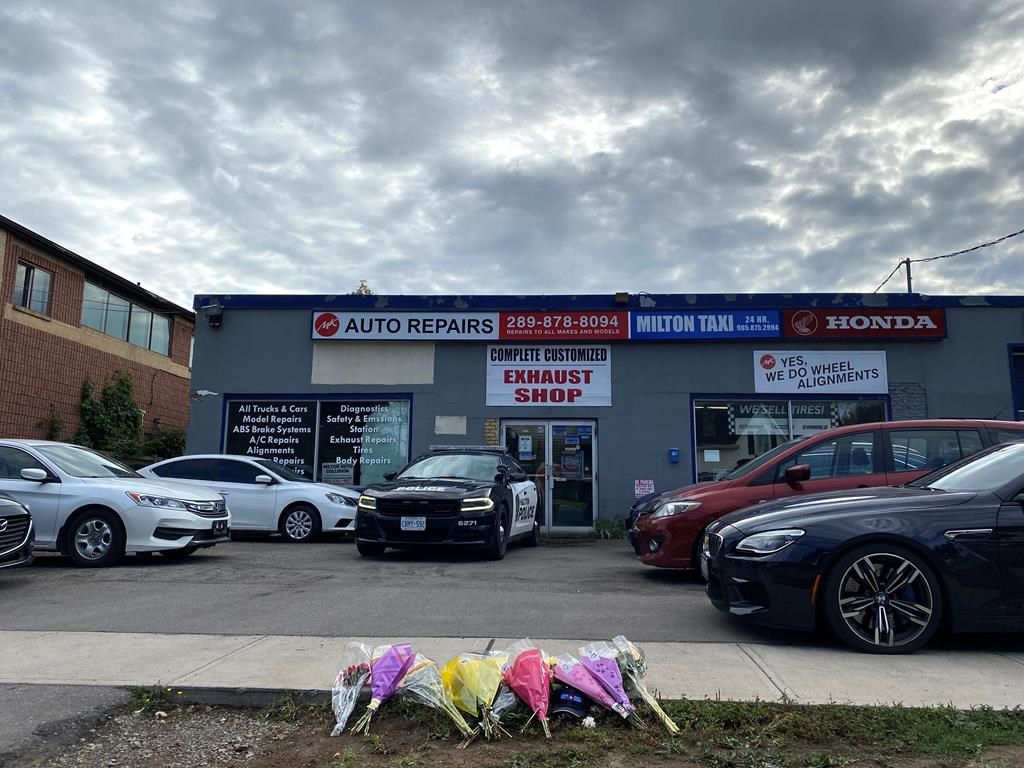 In a statement on Saturday, Halton Regional Police said Satwinder Singh “passed away peacefully” with his family present at the Hamilton General Hospital.

Singh was an exchange student working part-time at MK Auto Repairs at the time of Monday’s shooting, which also included scenes in Mississauga and Hamilton.

The shooting took place on at around 2:50 p.m., at MK Auto Repairs in the area of Main and Bronte streets. Thirty-eight-year-old Shakeel Ashraf — owner of MK Auto Repairs — was also pronounced deceased at the scene.

The third victim injured there, an employee of the shop, is a 43-year-old man who was shot in the leg. He has since been released from hospital and is recovering at home.

The news of the shooting in Milton came less than an hour after a shooting was reported in Mississauga.

“This is heartbreaking news for our community which hasn’t even begun to heal from Monday’s traumatic events,” Halton police chief Stephen Tanner said on Saturday.

Petrie worked at the Milton auto body shop for “a short period of time.” Police are looking into reports that there were threats made prior to the shooting.

Later on Monday, Hamilton police said the suspect was shot and killed in a cemetery in the York Boulevard area.

The province’s police watchdog — the Special Investigations Unit — has invoked its mandate and is now investigating the suspect’s death.

— With files from Global News’ Hannah Jackson and Ryan Rocca