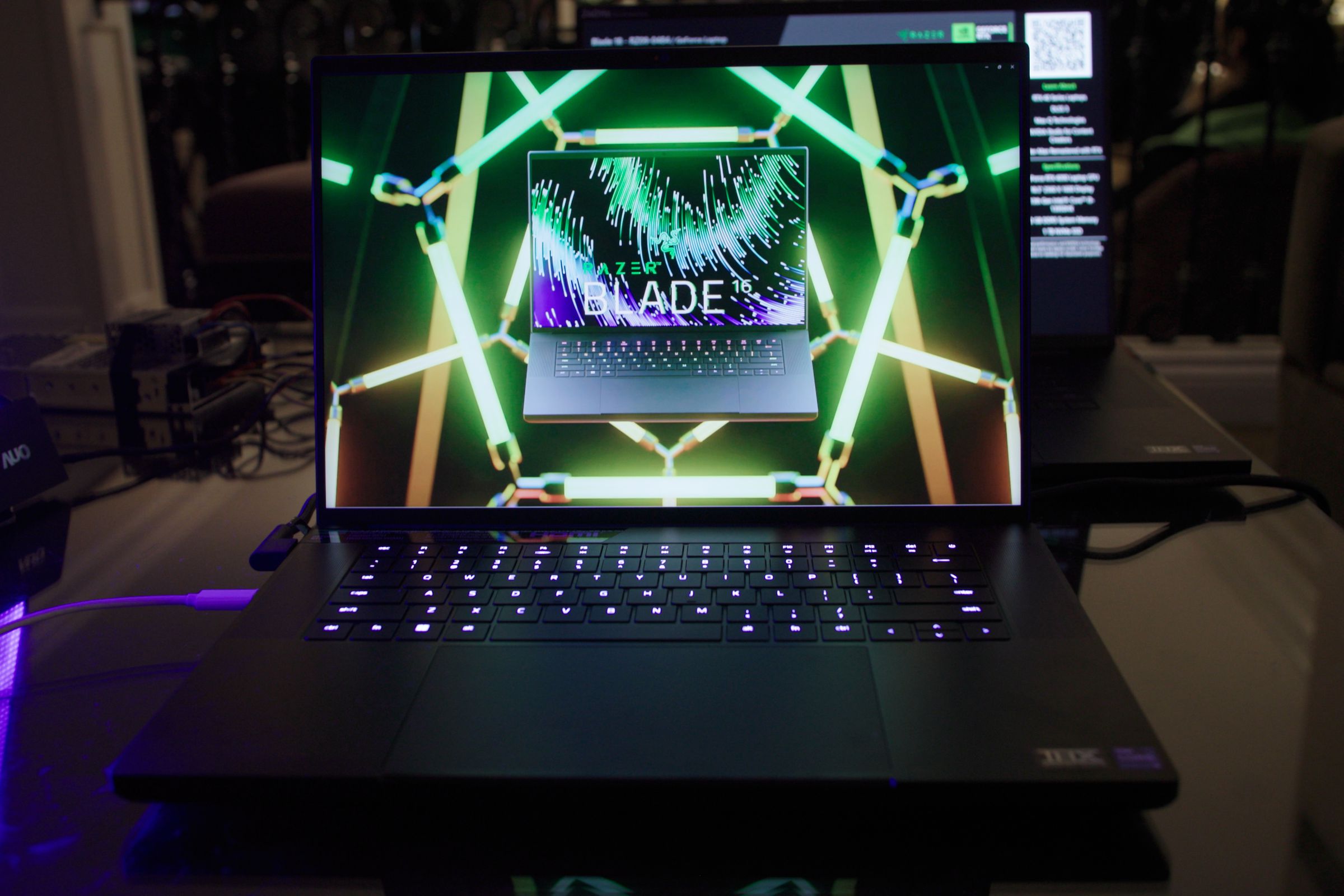 Improved display technology will be a big focus of many companies’ new laptops this year.

The laptops of 2023 will get new chips and new graphics. Many will get new touchpads, some will get new fans, and a few will get funky styluses. But some of the coolest, weirdest, and most exciting updates are coming to screens.

Just a couple years ago, buying a high-end laptop display — particularly for gaming — meant figuring out your priorities. You could have a high resolution or a high refresh rate. You could have OLED or a device that was actually affordable.

This year, we’re seeing more of those benefits converge. There are more laptops coming that are both high-refresh-rate and high-resolution than ever before. We’re seeing those elements combined with features that have been unusual and niche on laptops in the past, such as Mini LED and even glasses-free 3D. Many of these jack-of-all-trades displays are going to be on the pricey side, but new features in high-end products are often a sign that we’ll see those features in more accessible ones down the line.

Here are some of the display trends to look out for in laptops this year.

Screens are going to be big this year — both figuratively and literally. Across the board, we’re seeing laptops make the (objectively correct) switch to the 16:10 aspect ratio, which makes for a taller device with extra vertical screen space. A shift to larger-screened (but not necessarily larger) models has followed. Across the board, we’re seeing 15-inchers become 16-inchers and 17-inchers become truly enormous 18-inchers.

Particularly in the gaming space, we’re expecting to see some of the largest laptops ever released in 2023. Razer has announced its largest Blade ever, the Blade 18 (which Razer will not officially say is a sequel to the Blade 17 but is, as far as I can tell, a sequel to the Blade 17). I saw a model in person, and I can’t overstate how much screen this 16:10 machine provides. It’s going to be a beast.

Razer is far from the only company taking the 18-inch leap this year. Asus, Acer, and Alienware will all be topping their high-end lines with 18-inchers. We’ve also seen a number of prominent 15-inchers, including Asus’ ROG Zephyrus G15 and Razer’s Blade 15, upgraded to 16:10 16-inch models this year.

Mini LED isn’t brand new; it’s been trickling its way into the laptop space for the past few years. But we expect it to explode into the high-end mainstream in 2023, as it’s debuting in a number of prominent upcoming gaming machines. One of the big names is Asus’ ROG Zephyrus G14, one of the most anticipated releases in the 14-inch gaming space. We’ll also see it on the Razer Blade 16, which I was able to try at the show (spoiler alert: it looked pretty good), as well as other high-end models from Asus and MSI.

Unlike standard LCD screens, which use one group of lights (or multiple large groups) to project an image, Mini LED displays use many clusters of tiny diodes (local dimming zones) that can brighten or darken independently. While Mini LED doesn’t provide quite the same contrast and (theoretical) power savings as an OLED display, it can generally produce a higher peak brightness and doesn’t come with the same burn-in and image retention concerns that OLED often does.

Speaking of OLED, though…

The laptop market has been marching toward affordable OLED for a few years now; in 2022, we saw some of the cheapest OLED devices ever released, from HP’s $819 Pavilion Plus to Asus’ $649 Vivobook Slate. Expect that trend to continue this year. Asus — which has been all in on OLED for a few years now — launched an absolutely dizzying array of OLED devices across categories and price points at CES this year, and we expect them to announce more at upcoming shows.

The technology will continue to appear all over the offerings of other major manufacturers like Acer and Lenovo. Acer will offer OLED with its new Swift Go line, which starts below $1,000, and Lenovo’s Slim 5 (starting at 649€ in Europe, the Middle East, and Africa) will also offer the technology. Lenovo’s (surprisingly affordable, considering the form factor) foldable Yoga Book will have a grand total of two OLED screens.

In the past, it’s been common for gamers to have to choose between a high-refresh-rate 1080p screen and a higher-resolution screen capped at 60Hz. We’re going to see more models this year that nix that compromise.

QHD screens with decently high refresh rates will abound in the high-end market. The upcoming Zephyrus G16, for example, will combine QHD resolution with a 240Hz refresh rate. Not to be outdone, Acer’s Predator Helios will offer a 250hz refresh rate with a Mini LED, WQXGA screen. Razer’s Mini LED display can even switch between 1920 x 1200 / 240Hz and 4K / 120Hz. It’s looking like 120Hz is going to be a lower-end spec this year, where that was a luxury not too long ago.

I know, I know. But I had to mention it. In case you weren’t aware, it’s actually the year 2011, and various companies are trying to make glasses-free 3D a thing on laptops.

Asus has announced Spatial Vision, its first glasses-free 3D display. Spatial Vision will debut this year on two upcoming Asus laptops, including one Vivobook (a line that’s traditionally more price-conscious than some of Asus’ other fare). Acer also announced an update to its SpatialLabs display, which is supposed to create a more convincing 3D effect.

I tried both of these, and it was an interesting experience, albeit one that likely has a somewhat specific target audience. Both created fairly believably 3D images, though Acer’s had a bit of trouble with my head movements and totally fell apart when other people appeared behind me. Acer’s SpatialLabs is now available on its high-end, 4K Predator Helios. Asus’ actually comes with a 3.2K OLED, 120Hz screen, meaning you won’t have to compromise too much on other specs if 3D content is something you’re interested in.

These are only some of the interesting display features we’re likely to see this year. Again, the most exciting thing to me is that we’ll likely see a number of them combined in high-end displays, providing both a smoother and better-looking experience than we’ve had on laptops before. If there are other trends I’m missing, feel free to let me know in the comments. Let’s get through the next few months of waiting together.