2000-year-old Roman anchor found off the coast of Suffolk 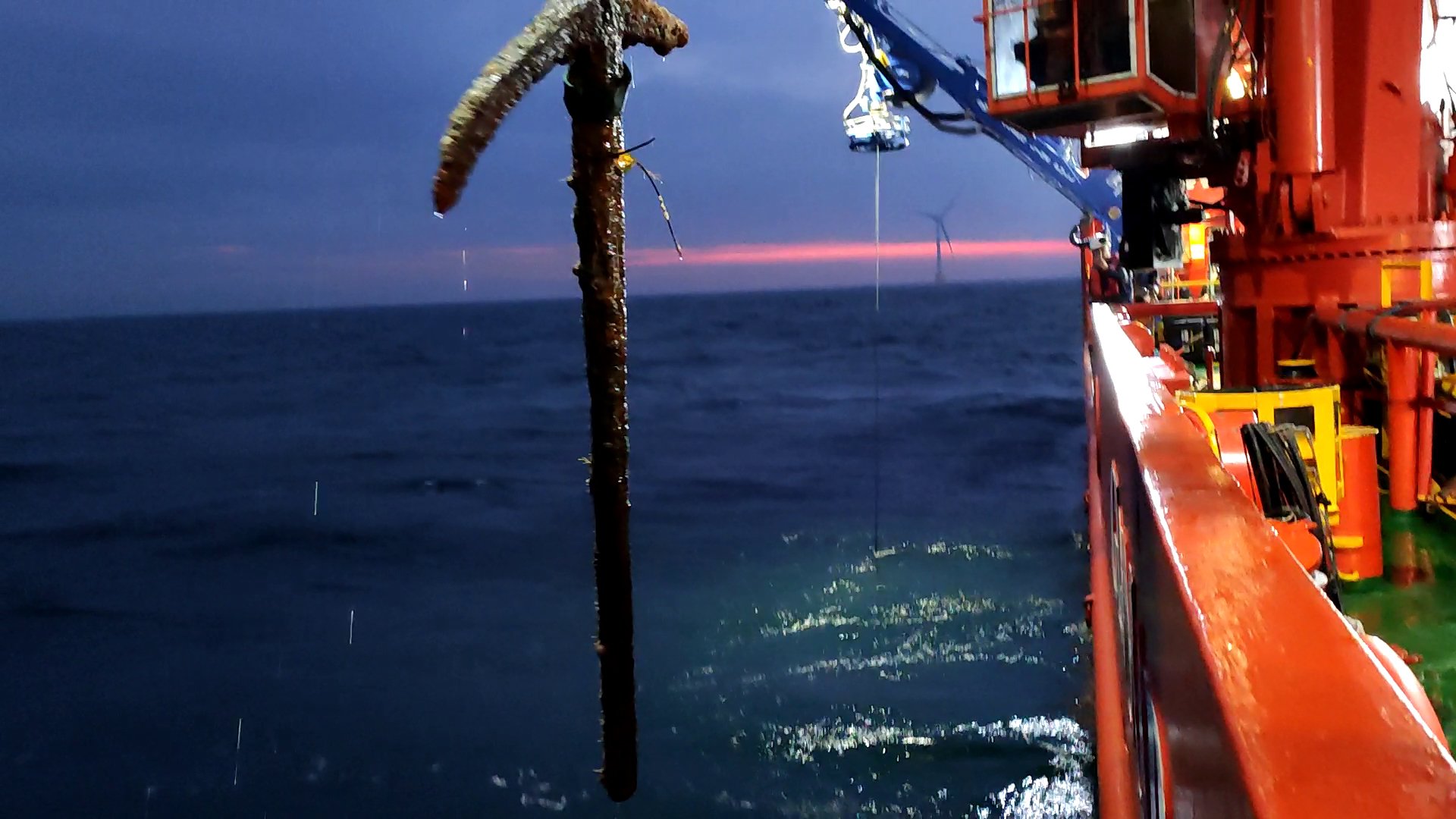 During survey works for an offshore wind farm, archaeologists stumbled upon an ‘incredibly rare’ anchor that’s thought to date back to Roman times.

The 2,000-year-old iron anchor was discovered at the bottom of the southern North Sea near Suffolk, while workers were doing survey works for Scottish Power.

Experts believe that the 100 kg anchor is from the Roman or late Iron Age, and could provide evidence of ancient Romans travelling and trading in the southern North Sea.

‘Everything points to this being a Roman anchor of almost 2,000 years old, which is an incredibly rare piece of history,’ said Brandon Mason from Maritime Archaeology Ltd.

‘If this date is confirmed, it would be hard to overstate its significance – we only know about three pre-Viking anchors from northern European waters outside the Mediterranean region and only two actually survived,’

This find could be the oldest and one of the largest surviving examples, giving hard evidence of the incredible amount of activity that must have been going on in the waters in Roman times.

The anchor was first discovered in 2018, but was safety recovered from the water last year after being monitored due to concerns over its long-term preservation.

It is currently undergoing detailed imaging and analysis to better pinpoint its age. Once that’s done, the anchor will go on permanent display in conjunction with Colchester and Ipswich Museums.

‘We are very pleased to have the opportunity to bring such a historic find to Ipswich and add it to our wonderful collection,’ said Ipswich Borough Council’s Councillor Carole Jones.

‘The anchor will only be available for our visitors to get a first peek on Tuesday 27 September, before it is taken away for key conservation work ahead of returning permanently to our collection in 2025,’

‘This area of the North Sea has been mapped and investigated in a way not completed before. For the anchor, the resulting analysis and conservation is an important next stage,’ said Stuart Churchley, the Historic England Marine planning archaeological officer.

Scottish Power Renewables is commissioning a process of analysis to explore the material form of the anchor with Historic England’s material science experts.

‘Our East Anglia ONE windfarm has proven to be an archaeological treasure trove – both onshore and offshore – and this latest find shows that it just keeps giving,’ said Ross Ovens, the managing director of the ScottishPower Renewables East Anglia Hub.

The windfarm project aims to provide clean electricity for thousands of homes and the latest archaeological find comes as an added bonus.

‘Regardless of what is still to come, it’s clear East Anglia ONE has already anchored its place in maritime history and we’re very proud of that,’ said Ovens.


MORE : Amazingly well-preserved dinosaur leg may be a fossil from the day the asteroid hit Earth