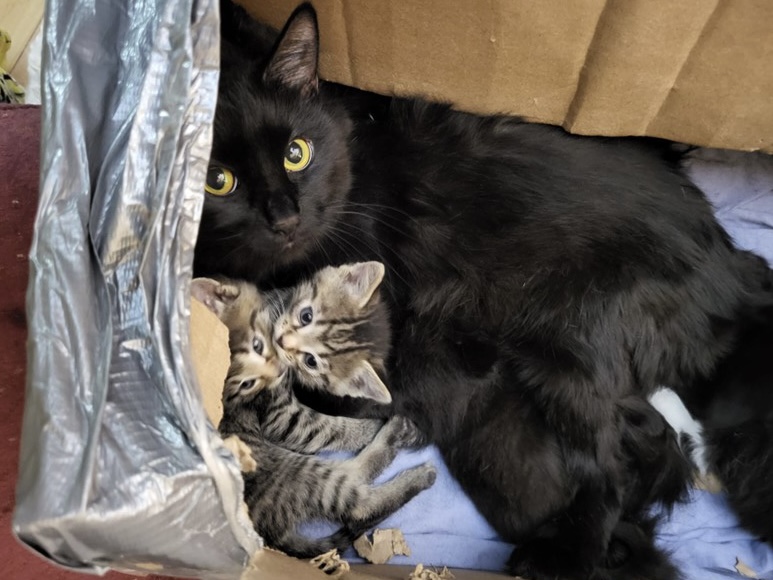 Two adorable kittens will ring in the New Year in a warm and safe environment after being rescued in B.C.’s Interior this week.

The Okanagan Humane Society (OHS) says the two kittens were rescued on Friday from a waste management building in Kelowna after being spotted in the facility’s conveyor belt system.

The kittens are estimated to be around eight weeks old. However, the OHS added that another three kittens and their mother are still in the building and will be rescued when the business reopens on Tuesday morning.

“They are safe with food and water, and machinery is off for the weekend,” said OHS, which thanked workers on site for grabbing the first two kittens and reaching out to them.

“The presence of rodents can, unfortunately, attract feral, stray or abandoned cats to dangerous situations looking for food and warm places to survive,” said OHS.

The rescued kittens will eventually be adopted out, but not before their vaccinations and getting spayed or neutered, said the OHS.

The non-profit organization thanked those for “helping rescue at least a dozen others at this location this season alone.”

1:22
Several baby kittens and their mother found abandoned in a duct-taped box in Penticton


Also this week, the OHS posted on its Facebook page that 100-plus cats and kittens, as well as two puppies that are currently in foster care, will soon be looking for homes after they’re fixed.

0:27
Blaze the cat feels the warmth with foster family, after multiple surgeries from frostbite

Is Nasa’s all-electric plane the future of emissions-free flying?

Nasa’s electric X-57 airplane (Picture: Nasa)The experimental airplane X-57, developed by Nasa, is due to fly for the first time this year. It has...
Read more