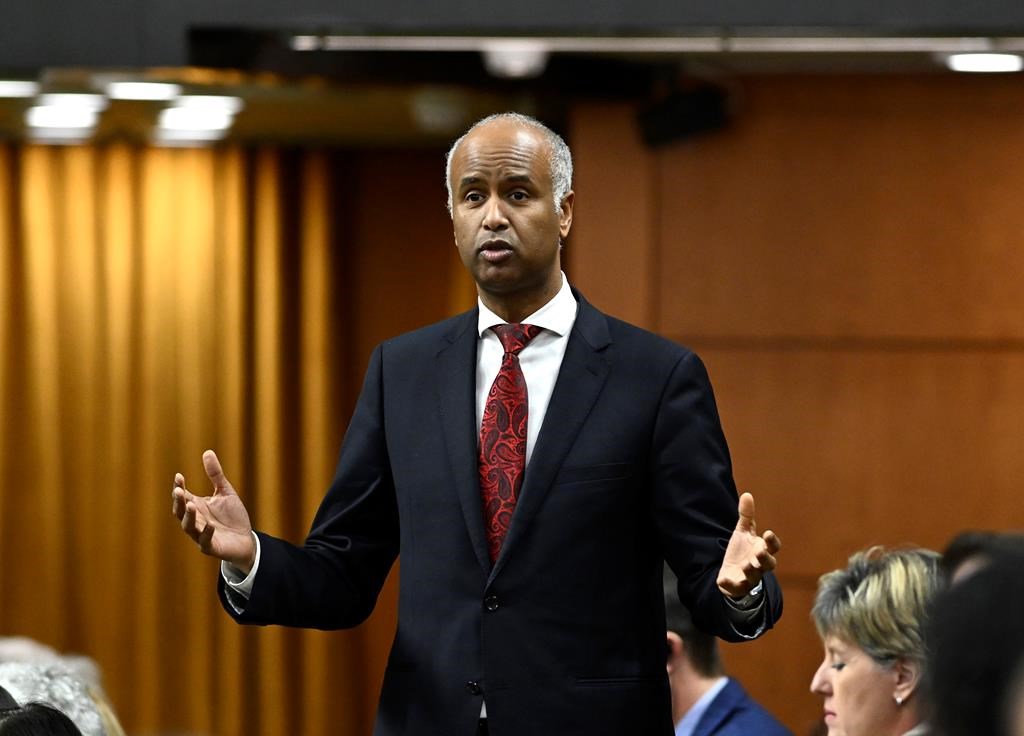 On the same day last week in Edmonton, guns were used twice to threaten people on Edmonton Transit Service buses — frightening incidents that police say thankfully, are not common.

Police said while West Edmonton Mall security were trying to remove a man from the shopping centre for trespassing around 2:40 p.m., he pulled out a sawed-off shotgun and pointed it at both the guards and nearby shoppers, who scattered.

Police said the man shoved his gun into a backpack and then boarded a nearby Edmonton Transit Service bus, where he pulled out his gun again but did not point it at anyone.

He got off the bus and then ran through a nearby backyard in the west end, where police said the suspect pointed the shotgun at the homeowner before running away.

That’s where a man reportedly got off a bus and pointed a gun at a bus driver. No suspects have been identified in that incident, police said.

On Sunday, Edmonton Transit Service security recognized the man from the West Edmonton Mall incident at the Belvedere LRT Station and he was arrested. Cliffton Lewis, 29, faces nine charges including pointing a firearm and assault with a weapon.

“It’s concerning. There’s no way to sugar-coat that. We do our best to respond accordingly and hold these people accountable,” said Staff Sgt. Eric Stewart with the Edmonton Police Service guns and gangs section.

He said these types of incidents are not common and there is no trend indicating a spike in guns on transit.

“This is a very rare event, very unique to itself. This is not something we have occurring on a regular basis out there.”

Stewart has been tracking firearm crimes for a while now: he’s been with the guns and gangs section for about two and a half years. Before that, he was on the Alberta Law Enforcement Response Teams.

While Friday’s events may not be common, Stewart said overall gun violence is up in Edmonton and criminals are becoming bolder.

“We do see more brazenness when it comes to gun violence.”

“We talk about flashing of firearms and showing off firearms. We do see that,” he said, adding there were 165 shootings across Edmonton in 2022. “Our members are coming across more firearms in their day-to-day activities.”

It’s not the first time Stewart has spoken out about the brazen nature of crime in the city — many times over the last year, he’s given interviews talking about the rise in gun violence and potential for innocent bystanders to be harmed.

“There’s definitely a gun problem in our city.”

Stewart said in an ideal world, officers would be in all places at all times, but the police service doesn’t have the staff for that.

“We only have one gang suppression team and we only have a few disruption teams, right? So if there’s a call, we’ll assist. Having that presence is always a deterrent if we can do it. Just the problem is, we can’t be everywhere.”

Chief Dale McFee has redeployed officers to respond to emerging issues, such as in Chinatown and at downtown LRT stations, but Stewart said there’s only so many members that can be moved around.

“And when you’re moving members around to deal with the issues that flare up in our city, you know something’s got to give, right? Give and take. So that’s kind of what we’re dealing with right now,” he said.

Stewart said reports of someone waving a gun will trigger a large response.

“Gun crime involves a heavy police presence, again, which takes away from other crime in the city or other incidents going on, because we take it as a priority in this city.”

Police said the two incidents are not believed to be related and nobody was physically hurt in either instance.

“It’s not an easy thing to be minding your business and doing your job and have somebody walk in and point a gun at you. It’s a very serious thing,” Bradshaw said.

Bradshaw said the union has long lobbied for transit peace officers to have more authority to do things like enforce the Mental Health Act and arrest people on outstanding warrants.

“These are things that the transit peace officers can’t do,” he said, adding when peace officers run across those circumstances they have to call in police, tying up resources.


He said peace officers are dispatched to emergencies that bus drivers radio in about, but are also not authorized to use the lights and sirens their vehicles are often equipped with.

“They’re stuck. They can be sitting at a red light while an operator is being assaulted, when they could have been there. So that to us is an important piece that that needs to be fixed.

“We need those peace officers to be fully authorized.”

Bradshaw said the union was pleased to see city council approve a budget increase to bump the numbers of transit peace officers, and said the community outreach transit (COT) team model is seeing success — but it’s hampered by a lack of available social workers.

“A COT team is a police officer, a transit peace officer and a social worker. The social agency is not able to put up sufficient social workers to get all those teams out and running.

“But when they’re out there, that’s a great solution, it’s very helpful.”

Bradshaw said he was not surprised to hear about what happened last week. He said crime on transit isn’t unique to Edmonton: he’s heard of issues across North America.

He said he doesn’t know what the solution is, but echoed what McFee and Mayor Amarjeet Sohi have said in the past: what must be addressed is the root cause of social disorder, which in some cases stems from addictions and mental health issues.

“It’s important to note that the city is taking steps to try and get at this, but we need through senior levels of government to be in this in a big way.

“That’s where the solution lies.”

6 dead, including police officer and suspect, after shooting in Georgia